A white and camouflage Lexus LC was spotted cruising on a California highway yesterday — here’s the video, but be sure to turn down the sound and avoid the music soundtrack:

Despite the camo, there are no obvious differences between this LC prototype and the production model — let’s take a closer look: 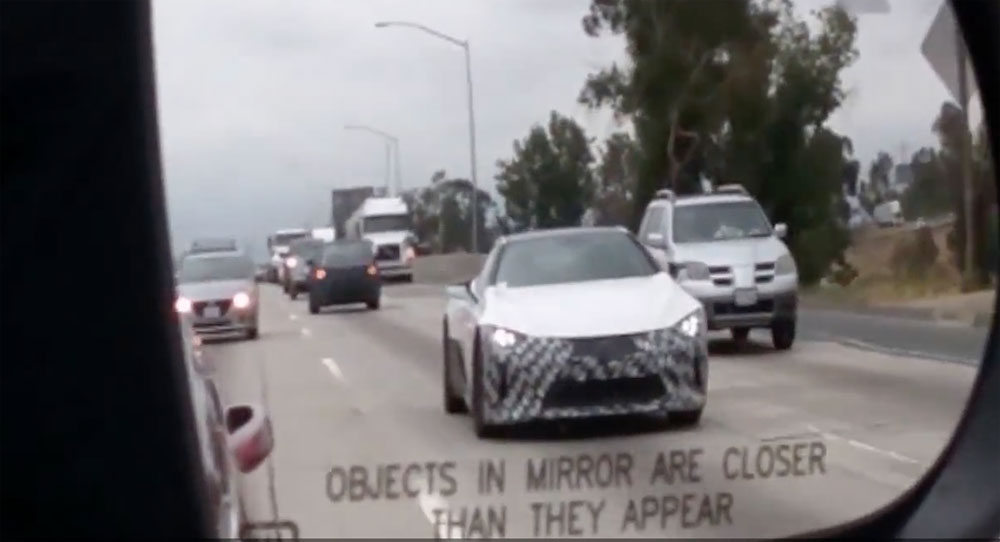 Given that this prototype was spotted near Lexus USA headquarters and not in a remote location, it’s unlikely there’s a big surprise hidden under the swirl wrap — it could be an accessories test or some minor adjustment.

Even so, why does an LC need camouflage if it’s already been fully revealed? Why the minimal covering rather than the full body treatment we’ve seen in the past?