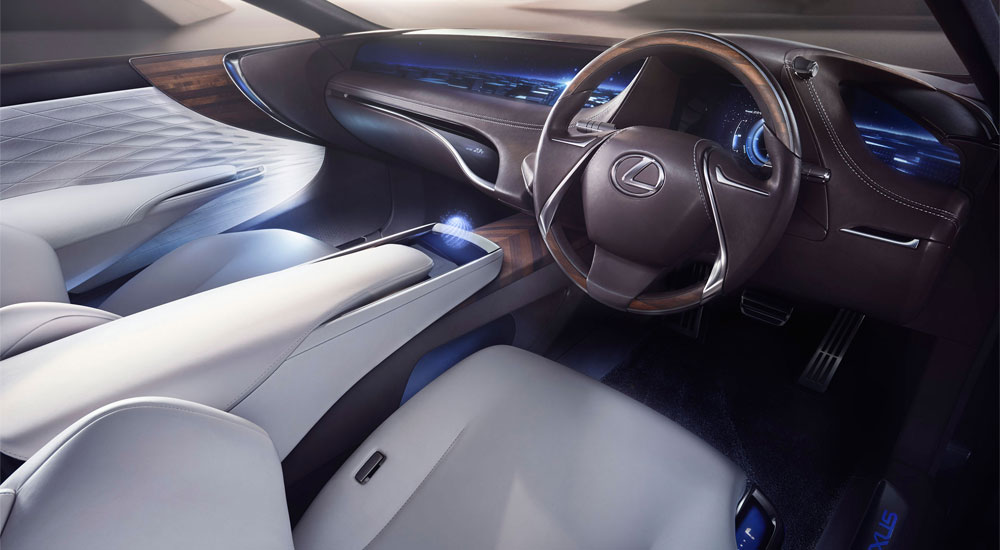 Toyota has patented an augmented reality windshield very similar to the future technology shown in the Lexus LF-FC flagship concept — from Autoblog:

Toyota’s patent works like a conventional HUD to display vehicle instruments on the windshield. Where this solution differs is that an ECU analyzes the steering angle and speed; a front-mounted camera identifies the lane markings, and an interior camera finds the driver’s viewpoint. By combining this data, the system moves the information around the windshield to be in the best location.

For added safety, the image’s size corresponds to the vehicle’s width, so drivers also know their position in a lane. As speeds increase, the display moves up the screen and gets smaller because a person is looking further into the distance.

You can see hints of the patent in this video released last year with the debut of the LF-FC:

While nothing in the patent specifically mentions Lexus or the LS, the flagship sedan has traditionally been the testbed for new technology — it stands to reason that if this augmented windshield is coming any time soon, it will first show up as an option on the LS.

(The full patent is available online, should you be interested in examining it further. Thanks Carmaker1!)