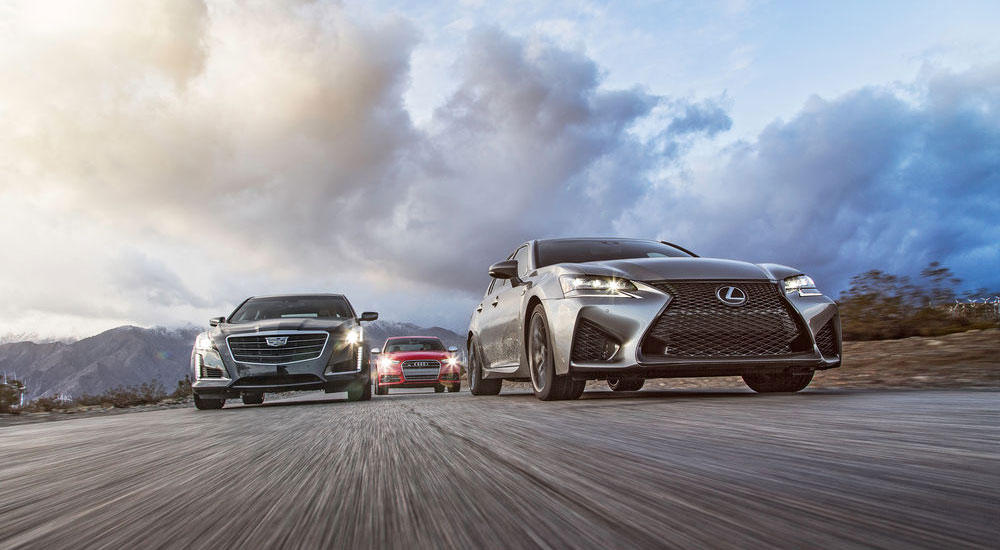 Motor Trend has a new comparison test with the Lexus GS F up against the Audi S6 4.0T and the Cadillac CTS V-Sport — let’s start with the magazine’s justification on why the GS F isn’t competing against top-tier cars like the RS 7 & CTS-V:

As for the newcomer, well, this one might leave you scratching your head, but hear us out: the 2016 Lexus GS F. The GS F at first glance seems destined for comparison tests with the Audi RS 7 or Cadillac CTS-V, yet its V-8 just doesn’t hang with the big boys. Bringing the GS F to a CTS-V and RS 7 comparison test would be like bringing a squirt gun to a bazooka fight. Putting it up against the S6 and CTS V-Sport evens the odds for the Lexus and provides a serious challenge for those two rivals.

While it was the best driving car of the three, the GS F placed second behind the CTS V-Sport:

We went back and forth on placing the Lexus in first, but what sunk it in the end was its highway performance and its price. Yeah, the GS F is quicker than the CTS V-Sport, but is it $14,000 quicker? For our money, no. “I dig the GS F,” Lieberman said. “Problem is, for the money you’d pay for the GS F, you could have the 640-horsepower CTS-V. Badge snobbery is a thing, but in this case, it’s straight-up ridiculous.”

If this comparison test were purely about performance, the tightly wound GS F would have rightfully won the gold.

Sadly, first place in a Motor Trend comparison is a moving target — the GS F has the best performance but loses to the CTS V-Sport due to the price difference, but in last year’s comparison between the RC F and BMW M4, the Lexus placed second despite very similar track results and a $10,000 price advantage. 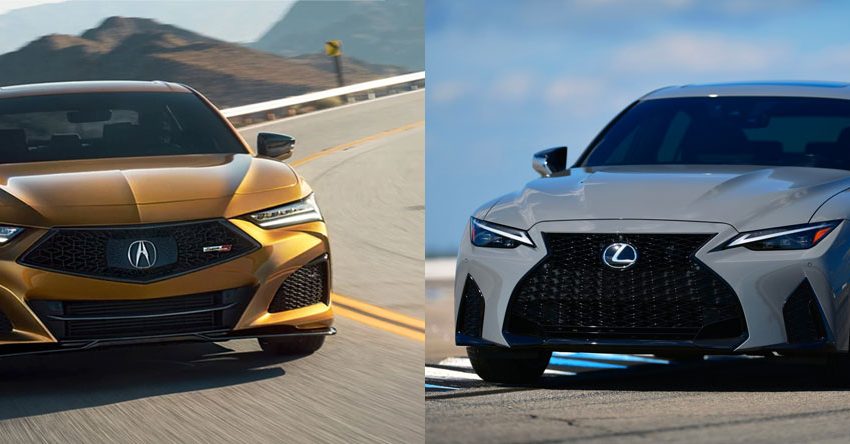