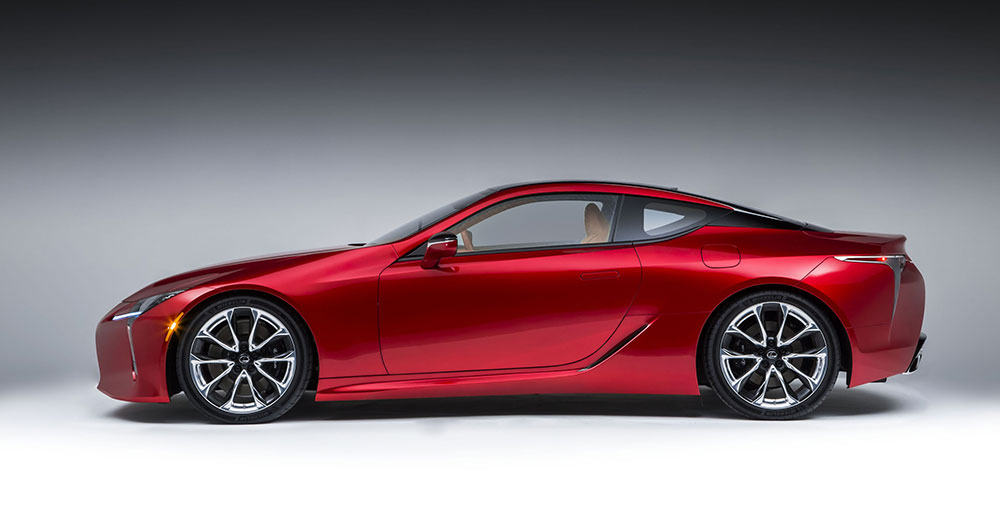 The [Lexus LC 500 launched today](Lexus Introduces LC 500 Flagship Coupe at Detroit…) at the Detroit Auto Show, and there are a number of videos to go along with the coupe’s debut — let’s start with a very well done launch video:

There are also a 360° video that lets you control the camera and rotate around the interior:

Finally, there’s the video from the debut today at the auto show. Being in the audience today was a treat, as Toyota President Akio Toyoda gave a heartfelt and sincere presentation — I found it to be a very telling glimpse into the future of the Lexus brand:

Interior design is superb but personally, using that much of one colour(brown) isn't attractive.
The side profile could be mistaken for an LFA...?