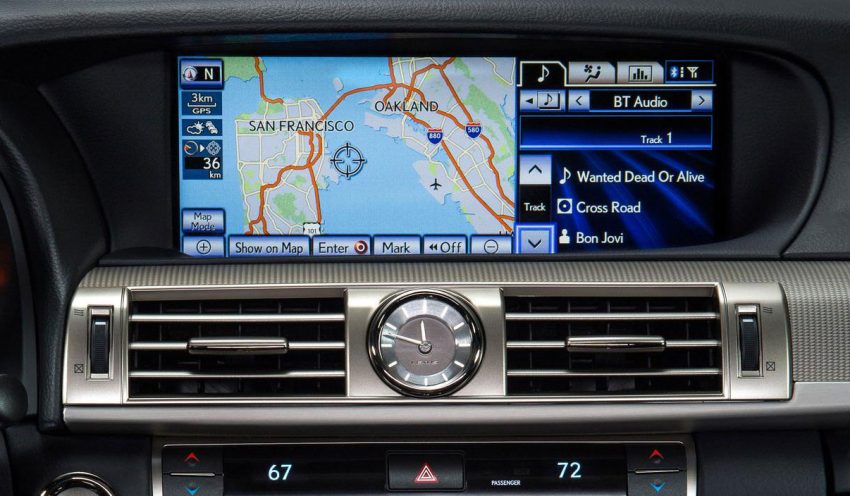 This week at the 2016 Consumer Electronics Show in Las Vegas, Toyota announced an agreement with Ford to use the SmartDeviceLink platform in future versions of their infotainment systems.

The SDL platform will allow users access to their smartphone apps through the automotive interface, and will compete against Google’s AndroidAuto and Apple’s CarPlay — here’s a wordy video explaining the basics:

This does not mean that Toyota (or Lexus) will be using the FordSync infotainment system, but that apps will work with vehicles from both manufacturers. The hope is that all automakers adopt the same standards, providing a credible alternative to the tech company initiatives.

(Despite a fundamental misunderstanding of the agreement, I enjoyed the Jalopnik article on this topic.)

This is pathetic. Just get with the times, Toyota.
Anything to upgrade the pathetic experience on both Toyotas and Lexus screens. I get why they partnered with Ford, its about keeping control but having the ability to connect with CarPlay. Sh*t is so confusing but my understanding is I will be able to use my iPhone/CarPlay when it is activated/paired. This is not something Toyota/Lexus can take their precious time developing. It needs to be on the market yesterday.
From what the Jalopnik article says in the corrections section, the Ford standard doesn't preclude supporting Android Auto or Apple's CarPlay; Ford themselves are going to support both apparently.  I'm good with the connectivity options in my '15 LS except for the lack of CarPlay.And although I'm mostly OK with the current feature set, I'd like to see a new hardware platform with at least double the pixel density, a significantly faster processor, and a touchscreen instead of the stupid joystick thing.  Toyota/Lexus chose to abandon touchscreens right as they became ubiquitous in daily life, and I keep waiting for them to realize it was a dumb idea.
Android Auto! Please! Take a risk! Live a little, a lot! It is precedented. lol
Dammit, I really want Android Auro, because I love my android phone, and even if there was a better alternative, I wouldn't want it without material design. See what material design is here: https://www.google.com/design/spec/material-design/introduction.html
Should Lexus build another LFA?