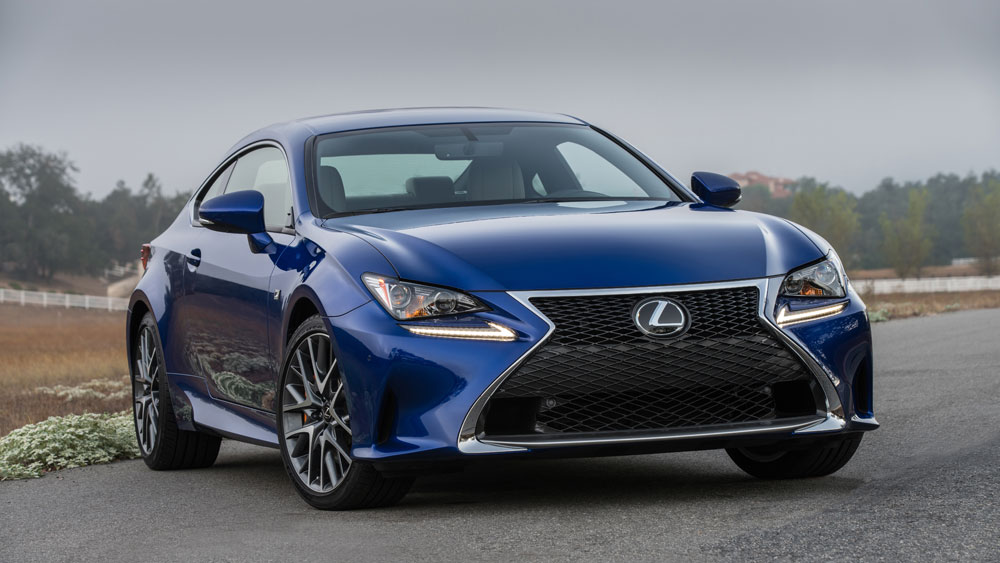 The 2016 RC 200t will be available in RWD only, and utilizes Lexus’ familiar 2.0L turbocharged inline four-cylinder engine paired to an eight-speed automatic transmission. Output is 241 hp and 258 lb-ft torque. The new RC 300 AWD (All-Weather Drive) comes standard with a 3.5L V6 engine producing 255 hp and 236 lb-ft torque, mated to a six-speed automatic.

Pricing information has not yet been released, but more information about the 2016 RC can be found in the Lexus press release.

Update: US pricing has been released, by way of Car & Driver:

im not shocked they didnt bump the power for the turbo... still getting an IS300 when its my time
This is definitely a smart move from Lexus. Adding the turbo models will definitely increase their sales and brand appeal. Will we see a CT 200t? That would be a great addition to the lineup.
If it drops the price down to an IS level, I'm in!
The inevitablereally.. the pricing will be key.
Surprised no one commented on the similar power output of these 2 engine options 255 -241 hp respectively. The V6 should be way more powerful than that otherwise what's the point?
Driving the NX 450h+