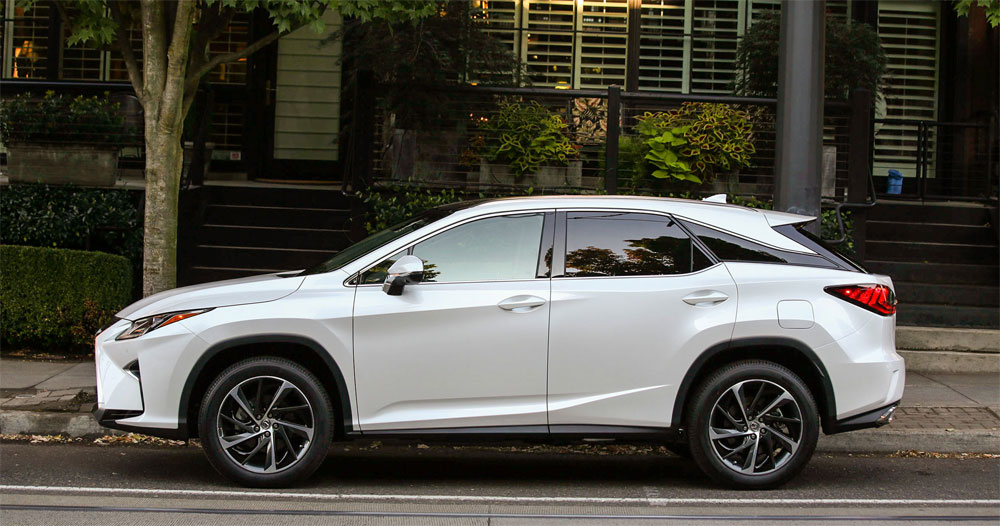 Lexus RX chief engineer Takayuki Katsuda explains that while there is considerable dealer demand for a seven-seat crossover, it won’t be an RX with an extra row — from Australian website Car Advice:

“It’s depending on the market demand, and also as you say it is a fact that many of voices have requested us to do a seven-seater,” Katsuda said.

“But at this moment we have no schedule or I cannot say anything about a future project issue,” he said. “But such kind of request, and the voice is there. That is a fact.”

“But from the design, or technical design view point, it is, in principal, impossible because the third row seat makes the C-pillar or D-pillar areas have to be a little bit bulky, bulky or square,” he said.

This would suggest that should a three-row Lexus crossover come to market, it would be an all-new model — of course, this doesn’t explain the mysterious RX prototype spotted with its rear panels covered with camouflage.

One more interesting quote from the Car Advice story:

“We are not a practical brand – of course practicality of the car is needed, but practical image is not suiting for the Lexus, that is Toyota’s role,” Katsuda said.

I'm not saying that this is bad news, however, I know MANY people that were really hoping for a 3rd row to be made available.
Well, that cleared things up.
I am glad to hear the RX will remain a two row vehicle. There are plenty of minivans and large SUVs out there with 3 rows. There is a reason the RX is Lexus' biggest seller. It's the perfect vehicle for many people. Also, many of of these 3rd rows that are coming out are useless for anyone except a small child.
Will Lexus build a RX to compete with the Tesla Model X?
Please god base it on a RWD architecture. Honestly, basing it on the next gen LS/GS platform might make sense...? I know it's not likely....... but please.
I am still convinced the spotted mysterious RX is a mule for the three row crossover. Lexus doesn't understand the demand for a three row crossover and how well it'll help sales. They're losing sales because of it.
Don't be fooled by the fake demand. It similar to the demand that demands stick shift boxes when it made very few will buy it
I do wonder is there room for a 3rd row SUV in the Lexus line-up? We already have an NX now a new RX then GX then LX. I mean BMW only has the X5 for a third row. Audi just has the Q7. MB just has the GL. Lexus already has two models with a third row wouldn't a third just kind of be overkill? Just a thought.