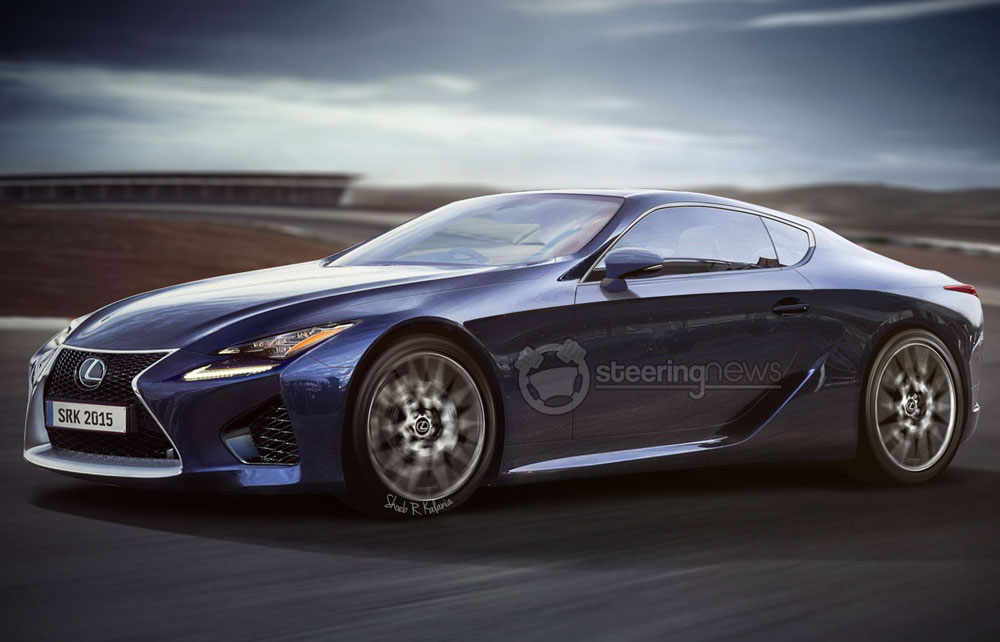 Taking cues from the prototype recently spotted in California, the Steering News website has rendered a guess at the possible Lexus LF-LC production model.

The imagined front end combines an RC F-inspired front bumper, triple LED headlights and LED DRLs with the concept car’s grille. Notably, the LF-LC concept had vertical DRLs that cascaded down the bumper from the headlight — whether this is a feature that will make production remains to be seen.

The rest of design sticks close to the LF-LC concept while incorporating elements from the heavily camouflaged prototype. One of the most dramatic design points on the LF-LC is the angular rear end, which we can’t quite see in this render.

Overall, it’s certainly an attractive guess of the upcoming Lexus flagship coupe. What do you think?

This might be pretty close to the production model.
No rear floating roof? I would be surprised to see this go since the 4RX has it. http://pictures.topspeed.com/IMG/crop/201201/2012-lexus-lf-lc-10_1600x0w.jpg
No this is not even close. It look soo bad, it like Aston martin
Not a bad rendering considering how much close the mules look to the LF-LC - fairly easy to predict the design. However, I believe the front end will look less RC F like and more dramatic befitting of a 100K+ vehicle. We'll see.
Looks great but a little to low to the ground for me great for cal, Florida warm climate
spectacular.
No no no, the front is lexus Japan. The rest is Italy, German, Britain. This is the worst rendering I have ever seen, it even worst when I see lexus fans say yes. For a lexus this design would not sell much. For German, Britain, Italy company it would sell like hot cakes
Driving the NX 450h+