A Closer Look at the Lexus LF-LC Production Prototype

It’s been twenty-four hours since a production prototype of the Lexus LF-LC concept was spotted in California — let’s take a closer look at the two images and how they compare to the original concept.

The first image is from a rear three-quarter angle, and lines up quite well with this Wikipedia photo: 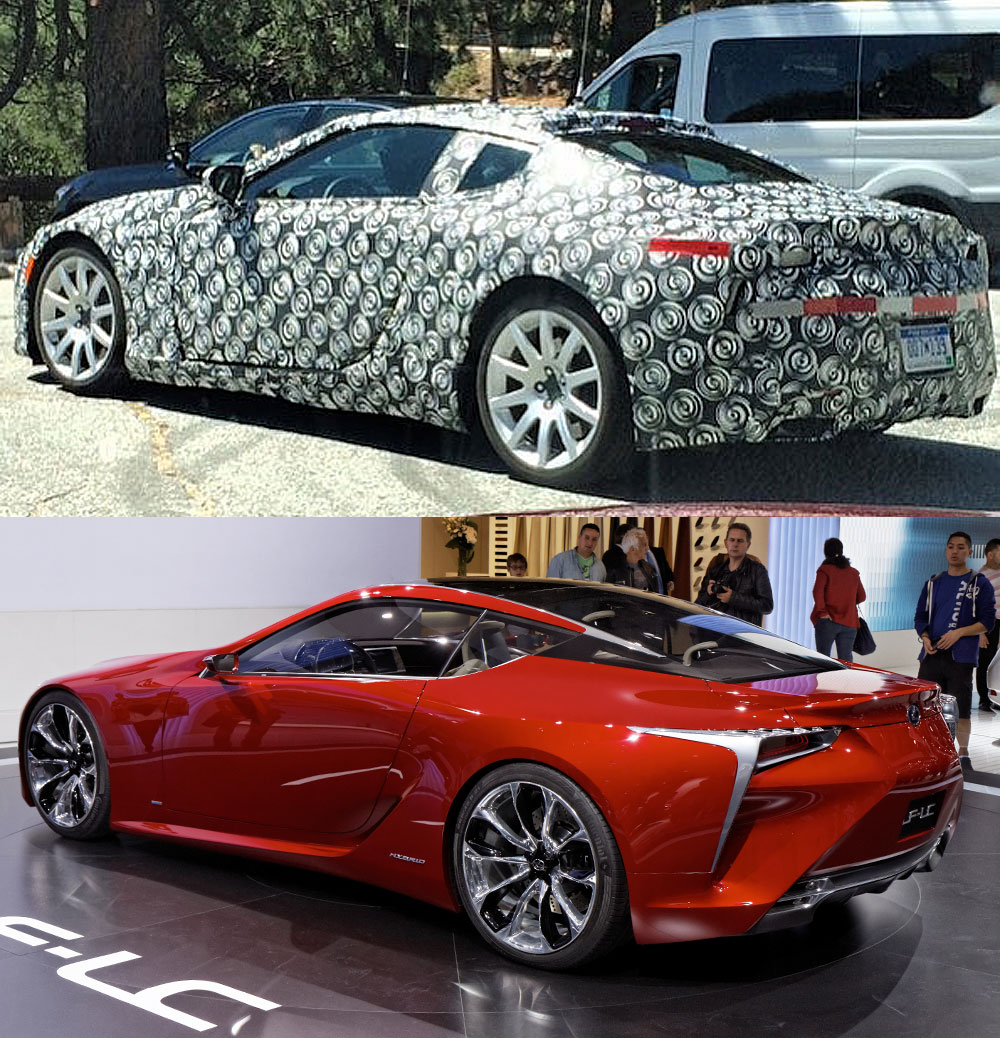 The overall shape of the prototype is very close to the concept, with clear indicators like the now-signature swoop before the rear wheel and the sharp edge dropping down from the rear light.

The prototype’s rear has been bulked up considerably, losing some of the sharpness of the concept but gaining significant storage space in the trunk. The second spy shot shows the rear straight on, so let’s line it up with an image of the LF-LC for comparison: 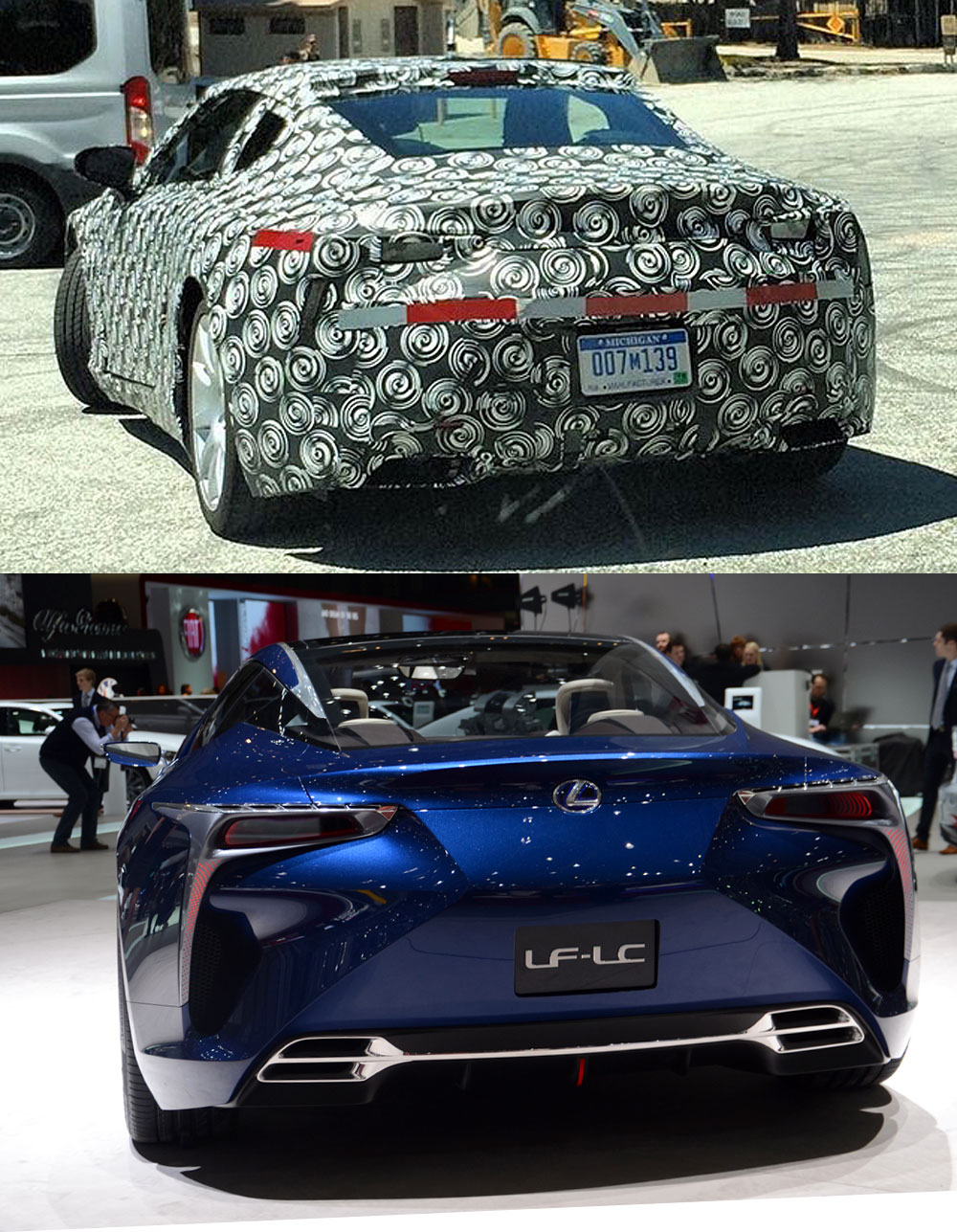 Again, the prototype appears to carry over much of the LF-LC’s design, though there’s definitely some softening of the lines and angles. There’s also something strange about the roof of the prototype — it appears to be elevated unnaturally, which might mean the floating glass roof from the concept hiding underneath.

If this LF-LC production prototype is indeed driving around California, I’m sure we’ll see more spy shots in the coming days, but early indications are that has Lexus stayed true to the original concept.

Going off topic here but patiently waiting to see the refreshed Lexus GS.
knew thanks for those comparisons!!!
This is gonna look freakin bad ass. I really wonder how the front end will look.
The roof on this model is probably fixed. Maybe just a panoramic glass roof instead. Looks sharp though.
http://steeringnews.com/scoop-lexus-lf-lc-lexus-lc-front-fascia-spied-usa-13450/?utm_source=Facebook&utm_medium=post&utm_campaign=steeringnews The front look, wow
That baby is heavily camouflaged.
Driving the NX 450h+