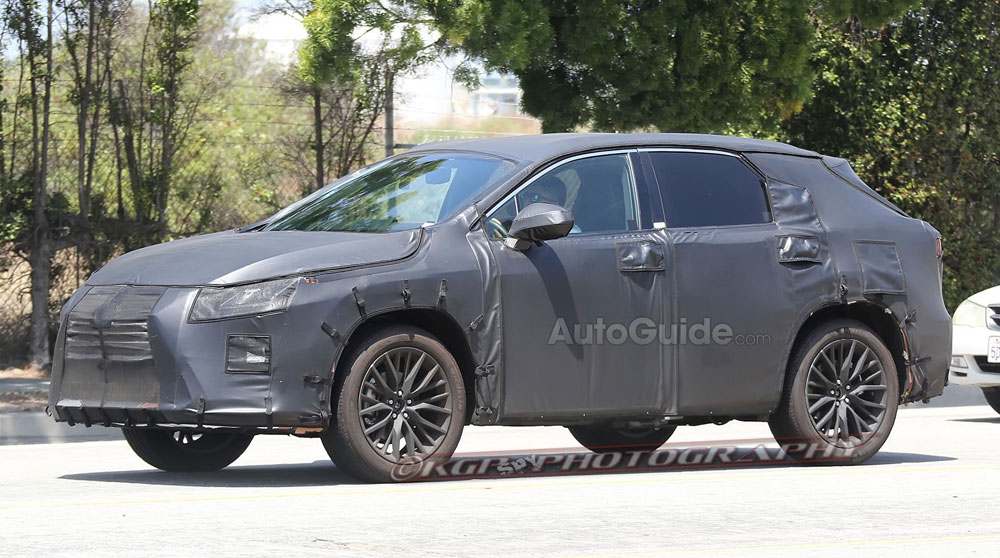 A camouflaged Lexus RX prototype has been spotted in California, sparking rumors that this may be our first look at long-rumored Lexus three-row crossover — first, some spy shots from Autoguide:

The elaborate plastic cladding, dark rear window tints and hidden rear window makes it hard to spot that elusive third row, but this direct angle comparison shows the differences between the prototype and the 2016 RX are minimal: 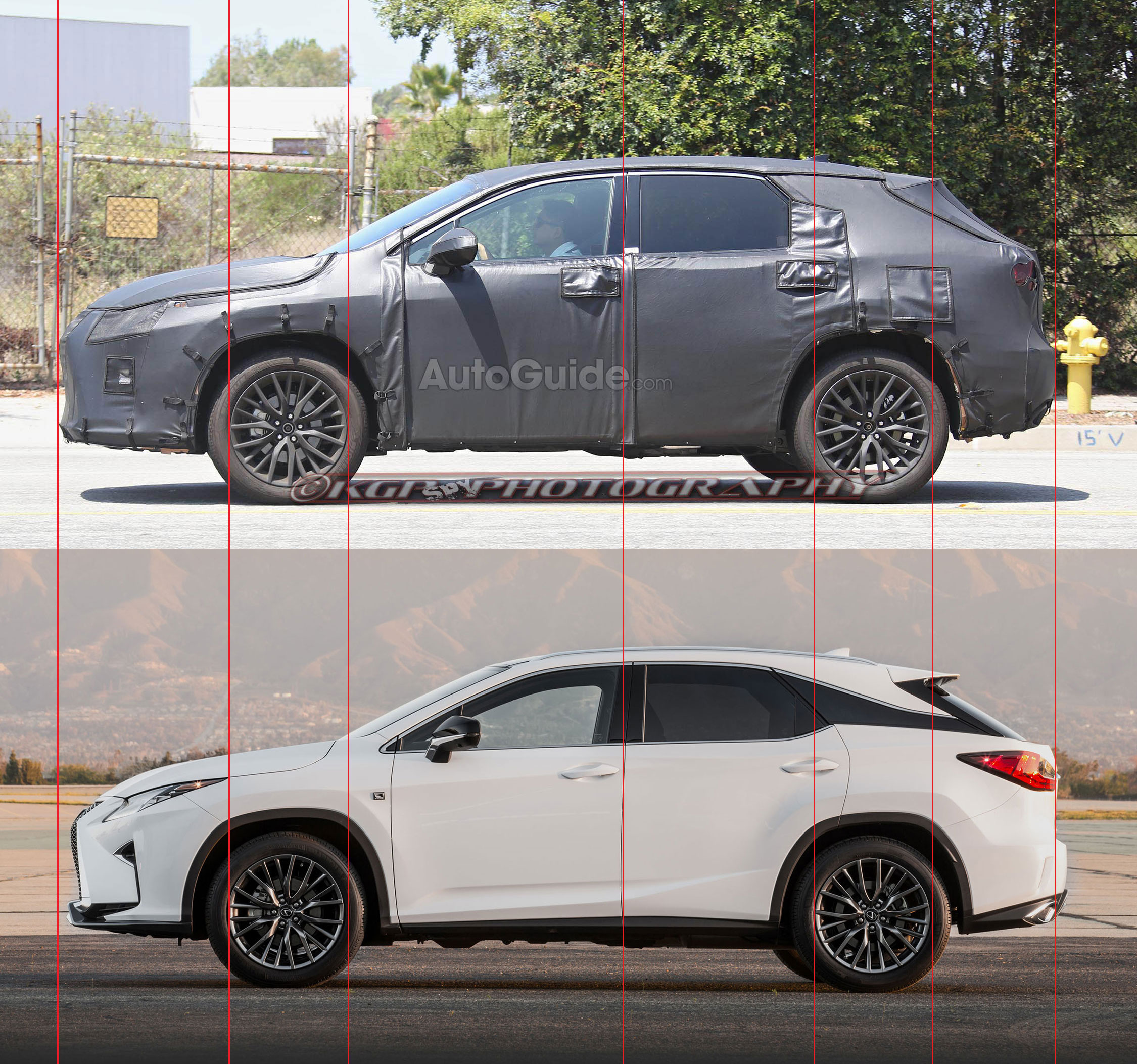 Photo comparisons like this are an inexact science, and for the most part it appears the two vehicles are mostly identical. Both have 20-inch wheels, and using that measurement as a baseline, the prototype does look to have a longer nose.

Another interesting comparison happens when we overlay the two images — it’s a bit of a mess, but bear with me:

Once again using the wheels as the baseline, it looks like the roof of the prototype is higher than the RX. It also appear the roof slope is much more gradual on the prototype, which would certainly create more rear headspace.

Of course, even a slight difference in angle between the two photos would create discrepancies — this prototype could simply be another test of the current RX, though that does seem unlikely.

I should also point out that Autoguide has a full spy shot gallery of this Lexus prototype, and there’s sure to be details in the photos that I’ve missed. Head over there for an in-depth visual look, and report back here with any observations!

So since theres the three row RX, would lexus use the TX as a full size CUV? Also would there be a new name in the RX i.e. RX 350L??
What if they use this RX as a test mule so TX will have different design?
Nah I call bullshit on this and here are my reasons: 1 - the hood isn't longer. It's exactly the same size. The prototype is at a marginally different angle which makes it look like that. Want proof? Just look at the front grill, you can see more grill on the prototype pic. 2 - the rear end has exactly the same slope. Once again it's due to the angle that it looks different. 3 - the roof isn't higher. Once again, due to the angle of the pic. Want more proof? Look at the prototype pic and you'll see the centre of the hood, yet in the press release pic you'll just see the crease in the hood. Case closed
Agree, this is no 3 row RX. The point is Lexus needs a RWD SUV/Crossover that could have an F version. Not another FWD.
Looks like the floating roofline has been replaced with ordinary glass for better visibility.
7 seat RX will be available from the end of 2017. 100% ;-)
They look virtually identical but it appears that the camouflaged RX is pointed slightly toward the camera. (Look at the amount of rear, passenger-side tire showing in both pics.) that makes me wonder if the difference in length is actually more than what these side-by-side pics suggest. If it's not a 7-seat version, I wonder what is hiding under there.
I noticed that they are not using the Triple-L LED headlights....
You know... If Lexus wants a second flagship, Lexus can make a Pullman RX!
Sorry. Nothing to see here, people. BD
So will a 3rd row RX be available in 2015? I didn't like the ride of The GX. I like the Navigator but the dealer service deptarments remind me of truck stops. Have driven the Accura MDX, like the price, the space allocation to the third row, and especially the electric push button to move both second and third row seats, just didn't like the appearance and the reviews of owners. The Buick Enclave is nice but spouse said no to the GMC bailout. Have emailed Lexus about third row seating with no response. Lexus dealers think it will be this year. This is exhausting! ???
What's that flap doing behind the rear doors? Is Lexus trying to fool us or will it be able to charge the batteries and is this the first Lexus Plug-in Hybrid?
Since it has such a flap on either side