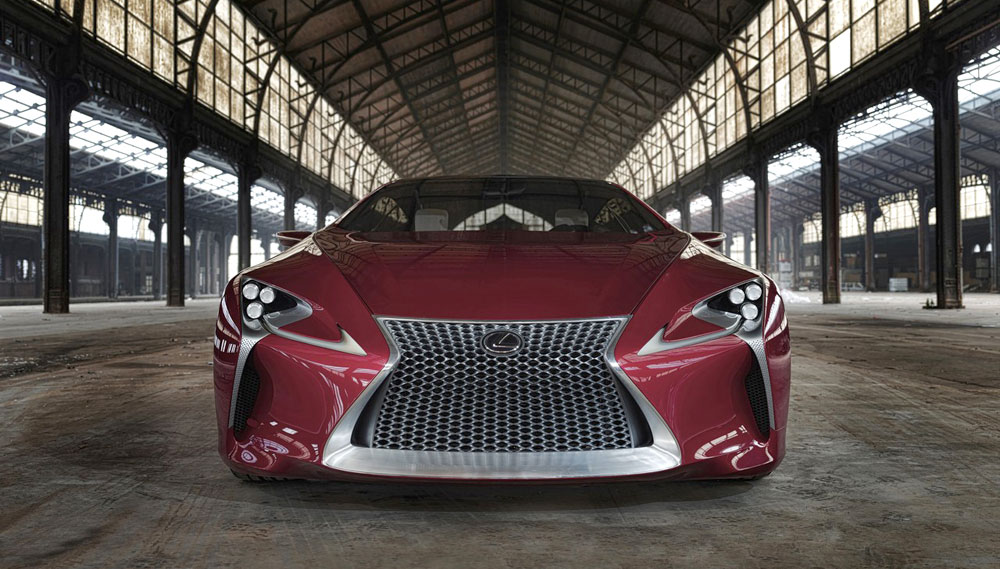 Lexus USA general manager Jeff Bracken spoke with Reuters during an industry conference in Michigan yesterday, and he dropped a major hint about what to expect at the Detroit Auto Show in January:

“We need a flagship. It doesn’t have to be a sedan,” Jeff Bracken, Lexus division general manager, told Reuters on the sidelines of an industry conference.

Bracken would not say what type of vehicle the second flagship Lexus would be. “In addition to the LS (a large sedan), there could be another flagship in our lineup,” Bracken said. “We’ll define what it is in January.”

There could be some major surprise planned, but based on existing rumors and simple logic, Bracken has just revealed that the production version of the LF-LC concept will debut in January.

There was another quote from Bracken in the Reuters article regarding a possible three-row crossover:

Lexus also is looking to strengthen its SUV lineup by offering a version of the midsize RX SUV with a third row seat. An RX with room for seven or eight passengers is the No. 1 request from U.S. Lexus dealers, Bracken said. A new RX is due this fall but will not have a third row seat.

“We don’t want to wait for a next generation” to add the extra seating row, Bracken said.

There are two ways to read this — is Bracken suggesting a third-row option could be added to the RX or that an all-new model will fill the obvious gap in the Lexus lineup? How do you interpret this quote?

Regarding a third-row RX: I can't shake the notion that I read somewhere that some Lexus-excec or other said that such a vehicle would follow about a year after the introduction of the base RX.
On what platfrom will the LC be built? TNGA, or the next generation CT will be the first Lexus built upon that new architecture?
BTW, I've made some phone calls and talk to some sources, and the 3-row TX is being fast-tracked to a launch within the next 18 months. This ties in with what Bracken was hinting at, in not waiting on a 3-row RX redesign. BD
LS - Flagship Sedan LF-LC - New SC - Flagship Coupe?? LX - Flagship SUV?? 3 top of the line vehicles coming out in the next 2 yrs? Plus a redesigned RX, one of their best selling vehicles, after the introduction of a new vehicle (NX) in 2015. Plus a GS F. Plus a TX? Plus a Hoverboard???