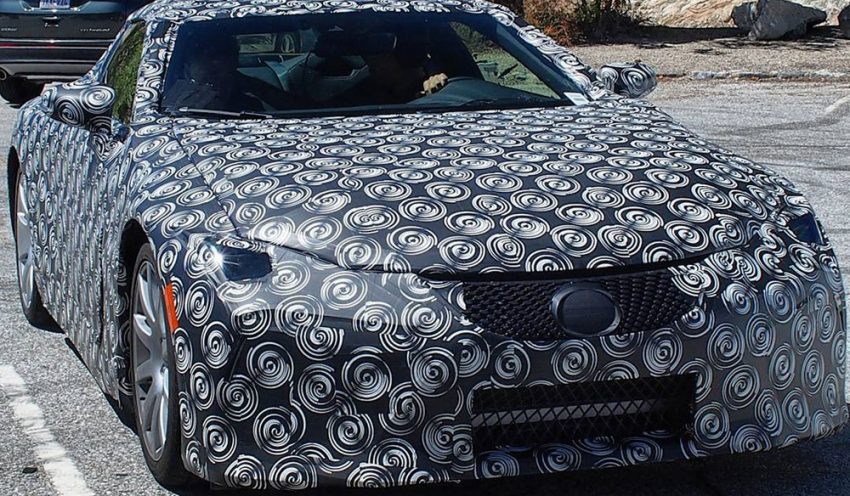 A new photo from Steering News shows off the front end of the Lexus LF-LC production prototype for the first time — let’s start comparing it to the original concept: 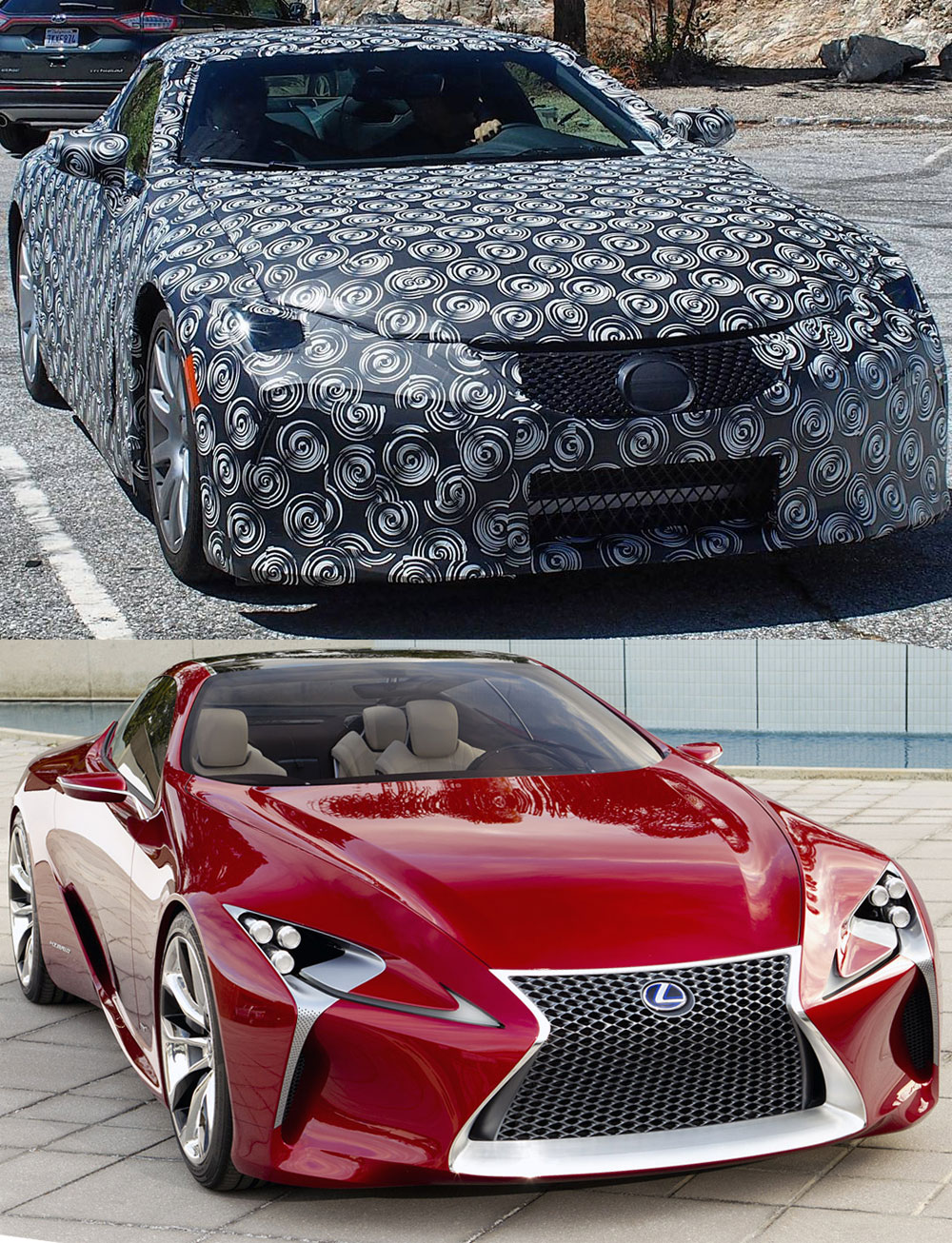 The grille pattern and lack of F-style side fender vents suggest this prototype is an F SPORT version of the coupe, but it’s near impossible to get an accurate read on the design due to the swirling camouflage

There are obvious changes like the shape of the hood and an overall smoothing of the edges, but much of the concept has been carried over to the production model. The visible front bumper is a departure from the hidden-behind-the-grille design of the latest Lexus models, though this could easily be part of the coupe’s disguise.

Let’s open it up, what do you think of this latest spy shot?

That baby is heavily camouflaged. I cannot wait to see this unveiled.
The grille looks sharper and more aggressive than the concept! I love it. I'm so excited I keep refreshing this site waiting for something new and finally! (even though it's been like two days lol). Look closely at the headlight and you can see like a chrome bar that goes down like the concept. Next up, interior spyshots!
The camouflaged face looks like GS.:3
This car look soo good camouflaged. I swear you can turn heads with thing covered like this. Take off the camouflage and blow the compatibility away
I'm a big fan of the spindle grille, but lexus, please don't make the grille as wide as it is in the RC350. I'm not talking about the RC F, just the RC350. That is my least favorite interpretation of the grille itself.
Anyone seeing some last gen IS in the front?
50 comments thus far. I'd say Lexus is succeeding in their ambition to "build more emotional cars". :-D
looking at some of the exposed grille doesn't seem like the spindle grille it looks like the older grilles the used to have... i just hope they really covered it up and i agree with it not being as wide as the RC350's otherwise i can't wait for the reveal!
Wow!