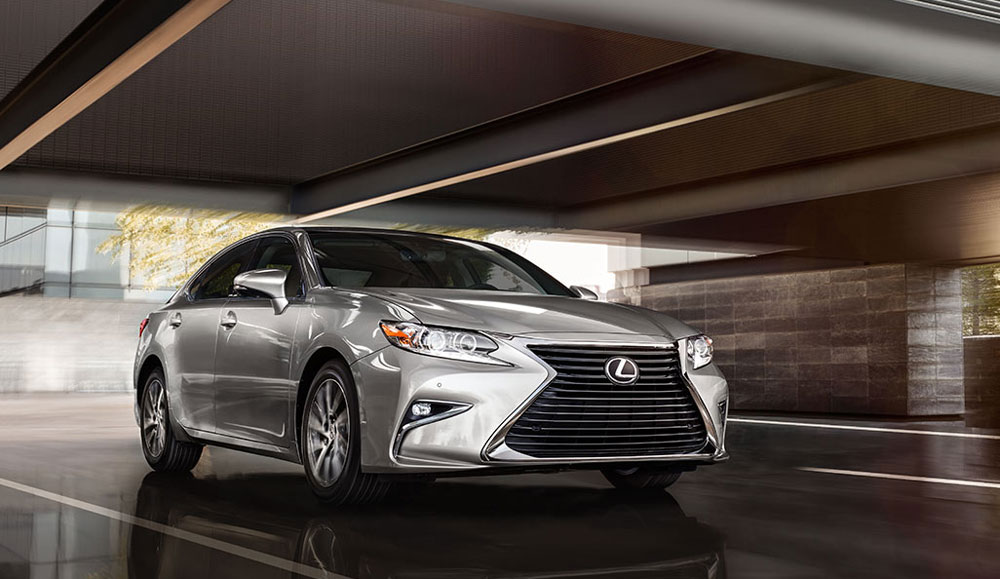 The Lexus USA website has been updated to include information and new photos of the refreshed 2016 ES 350 and ES 300h — here are some new shots of the interior:

The option/package configurator is also working — though it shows no stock for the time being, the 2016 ES should be arriving at dealerships shortly.

I see a new RTI controller, with the enter button on her side. I don't remember this from the original press release.
Finally I see that the interior photos are showing the wood on the centre console that, at least in Canada, has replaced the black on all but the base model since 2013 but has never been shown on either the US or Canada websites. I also notice the light gray lower portions of the dash and upper portion of the doors in the gray interior photos. For a while in late 2012 and 2013 Lexus Canada ran newspaper ads referring readers to interactive webpages about the ES which incorrectly showed this two-tone layout when in reality it was never available.