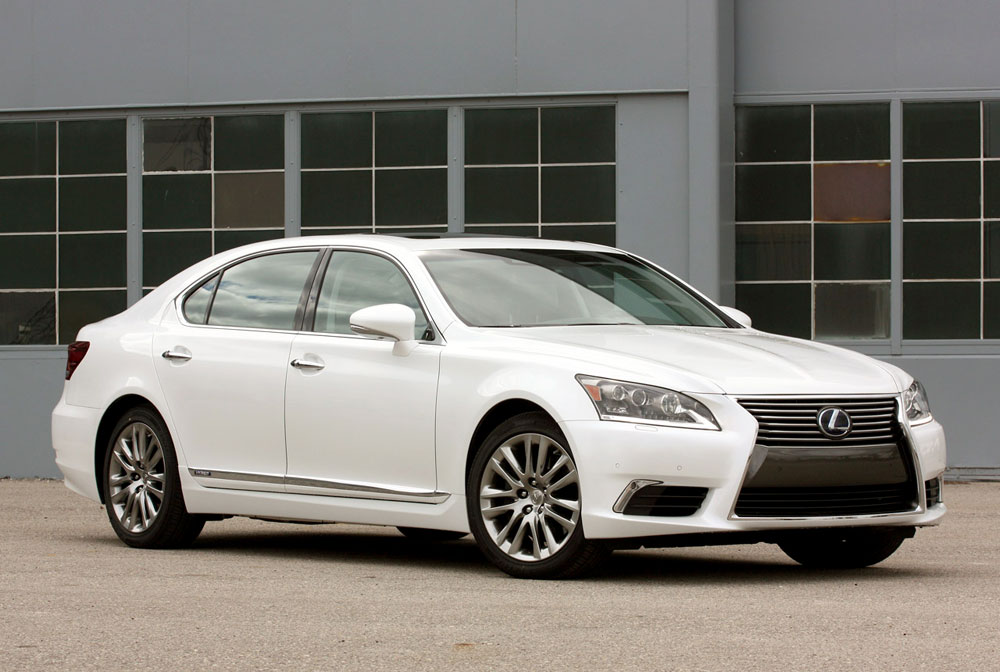 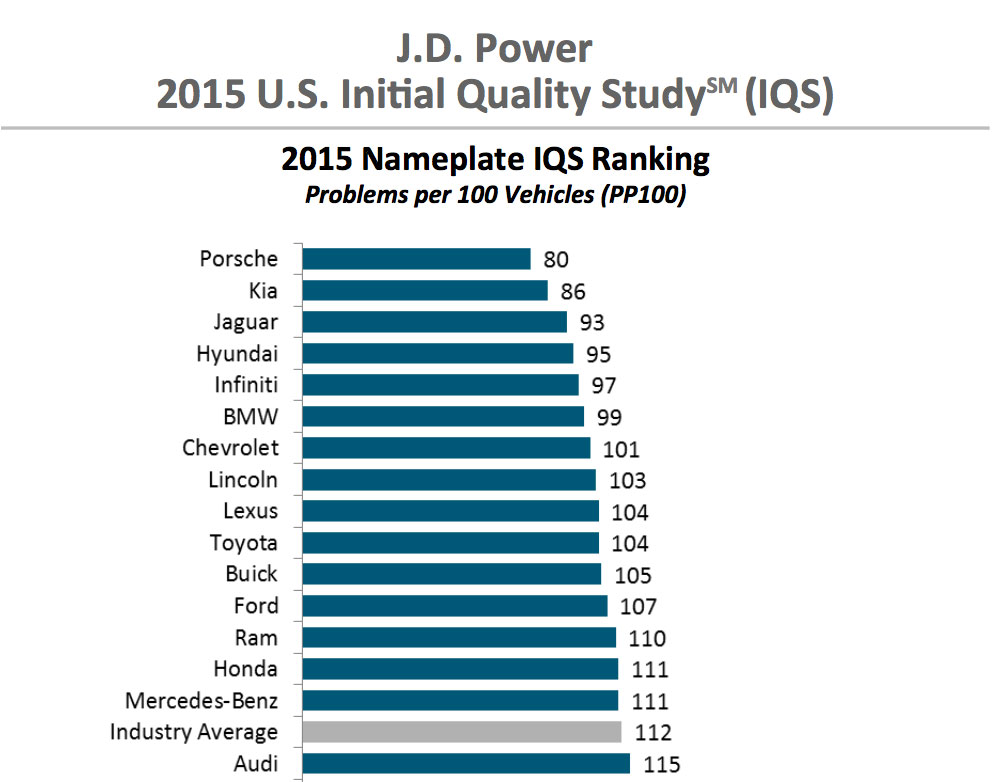 The lower ranking from Lexus is a combination of three factors:

I wonder how those shi**y korean brands make their way to the top.
LOL Porsche, Jaguar and BMW came above Lexus? Wow there's nothing wrong with this "study" at all lol
Initial quality measures little of a vehicle's overall "being"...is JD Power stroking dashes?
The study has a skewed focus on measuring Infotainment tech and usability, which one can argue is not a measure of quality. Put Lexus' infotainment shortcomings aside, I bet Lexus would prevail to the top on its own merits of fit and finish, materials and build quality, NVH, and so on. However, this should be an eye opener to Lexus in improving their outdated simplistic infotainment system since consumers are demanding it. In Canada, it's even worse we don't get Enform so the Infotainment on a 150K LS 600hl or on the 35K CT is simply NAV and audio sources (radio, bluetooth, etc).
Can't imagine how a German brand is above Lexus...
This is impossible, our cars are made with precision!
I have no doubt that Lexus is the standard of quality and reliability, but what is driving the 13% increase in reported problems across the lineup, is it the typical problems that completely redesigned models always have? A 13% increase is significant and has to be addressed and fixed ASAP. I hope Lexus is on top of it.
Being a fan of Lexus for so many years, I wish they continue to do well. However, I find the initial quality has slipped gradually -- in the past, it is almost impossible to find a speck of dust hidden in the clear coat in the entire car. Then I started to find one or two in the vertical areas (i.e., doors). My latest one - 2014 IS -- has quite a number of paint defect/speck of dusts in the clear in areas I didn't encounter in my previous Lexus --- it is on the left side of the trunk, doors, roof, etc. Then the wind noise leaking into the driver's door window at the top corner. Also not a fan of the black out tape they use in IS, ES, CT, NX and the new RX. They used to have a decent inner plastic moulding for the window frame.
I thought I was reading Consumer Reports when I saw this headline.
"Initial Quality" kinda mean the "feel" you get when you sit in the car right? Who the hell cares bout those super shiny metallic trims and soft touch materials that fall off a year or two later! I want quality that lasts for as long as I own the car, and no one beats the hell outta Toyota and Honda. I can't tell you how bad the Koreans do in terms of long-term quality because I would never buy one, but friends around me who have bought the new-gen Korean cars have been cursing and swearing that they will never buy Koreans anymore. Anyway, this study is stupid. Why study "initial quality" when "long term quality" matters most?
"Initial quality" and "first 90 days of ownership" are what triggered my reading. Of course very few people will have anything negative to say about their cars when they first buy it. Most of the time, it's still in its break-in period phase. But it does bring about a need to pay attention to those remarks from consumers who had issues within that timeframe to bring about a revised version of each model. Long term testing of any given model from any given manufacturer- that's where the truth lies.
When you fall behind Lincoln and Chevy, time to have an Executive Meeting. Obviously an anomaly. Lexus has controlled this space for decades, but it gives management a good excuse to crack the whip on quality, which is never a bad thing. The best never rest. BD
And comparing Porsche, who sells 35k vehicles a year, to Lexus at over 300k, to Ford and Toyota at over 2 million doesn't make sense. Small, niche makers need to get separated in one table and the major automakers need their own curve. Much, much easier to watch quality on such low volumes versus companies that builds 10X-100X more product. BD
Lexus used to be a top player in JD power ratings. A set back from no 1 to no 3 is still acceptable. But ranked at no 9 is a rude awakening for Lexus. A pivotal point for Lexus to do major changes to its quality control. And cost cutting should not compromise and cheapen its material selection. Back to Kaizen.