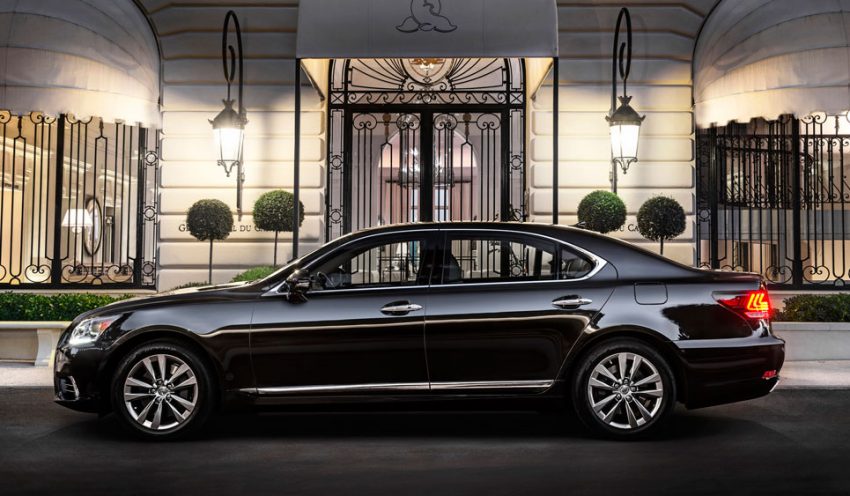 Lexus has filed a trademark for the LS 500h in Europe, opening up speculation that the next-generation LS flagship will be getting a new hybrid powertrain. This is the second time Lexus has been linked to the 500h engine designation, as an LC 500h trademark was filed in various parts of the world late last year.

The 500h powertrain will almost certainly mean a new engine. Based on the existing lineup, the hybrid system adds one litre to the badge designation, meaning that either:

That’s my reasoning, what does everyone else think?

Information from OHIM via Autoguide

I think the outgoing (2GR-FXE) 3.5L V6 is a little too old for the next gen LS and LC.
I think the 500h designation leads us to believe it's somewhere in the 380hp range, as the 450h floats between 300 and 340 in the RX and GS. We're probably looking at at 3.7 V6 or as Lexfather said, a 4.0 V8.
So what's gonna happen with the 600h?
My thoughts exactly (or hoping for anyway). Hope it's not a V6 hybrid as I feel it does not belong in the LS. Or the h could also mean hydrogen fuel cell
I would like to see a refreshed/new V6 mated to a brand new hybrid system, for a "5.0L V8-like" output
Well my source did say that there is going to be a hydrogen fuel cell LS and a 3.0l twin turbo next generation LS too. Wonder if they've just stuck the the 3.0l twin turbo onto the hybrid system?
Lexus is taking their time with filing trademarks, as the risk of losing out is not as great (RC-F almost named RC500F), as they likely own rights to LS###x nonmenclature and will file suit if necessary. They are intent on hiding many aspects of it very closely, knowing that trademarks and design patents can give away too much too early. Is the LC coupe arriving before it? As one hears that will be debut in January 2016, at NAIAS. Nothing about the LS, unless planned for Tokyo. Lexus is already testing prototypes of both domestically, but not in the open of course. The least we've seen, is a test mule of the LS, which I just started a thread on. LC500h was also trademarked alongside LC500, which the latter is unlikely to be a 6-cylinder. The LS500 will likely have 5.0 litre engine, like the Jaguar XJ. Whether it will be turbocharged, unlike the RC-F and GS-F is the question. This will likely be an all-new V8 I believe, not a recycling of the RC-F hopefully. The LS500h, I will not take a gander at. A non-hybrid 6-cylinder is likely a possibilty. If I like it, I might make it my first Lexus purchase when my budget allows it next year.
A 3.0L twin turbo mated to a hybrid, being named LS500h seems like overkill. LS600h was already a pill to swallow, but skipping by 2 litres seems excessive. This is already something MB is guilty of though, with the 4.0 V8 AMGs remaining as "63" for nostalgia sake. Thank you for your contributions, as my Toyota source in Surrey isn't as informed as yours clearly.
A 3.0l twin turbo is definitely coming according to my source. I was just wondering if they may have mated it to a hybrid system as 380hp combined is possible in that guise. It may run on Atkinson cycle making 300hp and the hybrid system can fill the gaps in. More likely its probably a 4.0l V8 in the hybrid but we'll see
If Lexus were to share the engine across the line, a 4-litre V8 seems to make more sense. In the 500h, it'll be naturally aspirated, paired with the hybrid, producing an output of around 400hp. And Lexus can simply slap 2 turbochargers onto the same engine, and it'd become the new engine for the F-models! A 4-litre twin turbo V8 seems to be a perfect match for Audi's and Merc's, despite being 0.4 litre smaller than that of BMW.
I hope that ur sources are true..I'm definitely excited with the 3.0L tt..would be a perfect drivetrain for the two doors LC as well.
Yes it is! It has aged very, very well, and after almost 10 yrs still looks fresh, sleek & sexy, much better than the current audi a8 for example wich looks goofy and heavy after just 5 yrs since its very first release.
I totally agree with you. The 2013 LS is one of the best looking Lexuses to date.
Lexus is one of the few car manufactures which design does not get old in 3 or 4 years compared to other competitors. Definiotelly better looing then A8 or BMW7. I am interested whether they will introduce the hydrogen power train as well.
Well, I wasn't dismissing TTV6 claim. I greatly trust you. Do take note, that all turbocharged Lexus models are designated with "t" at the end. A 3.0 litre might easily be, LS300t. Then again, unlike 200t of the 2.0 litre turbo, being a twin-turbo might play with the naming-scheme and up it to LS400t. They didn't allude to 3.0 TTV6 with hybrid did they? It sounds as if that is a standalone petrol offering.
Should Lexus build another LFA?