END_OF_DOCUMENT_TOKEN_TO_BE_REPLACED " /> Lexus Trademarks LC 500 & LC 500h in Canada, USA, and Australia | Lexus Enthusiast
Menu
Log in
Register
You are using an out of date browser. It may not display this or other websites correctly.
You should upgrade or use an alternative browser.

Lexus has just trademarked LC 500 & LC 500h in the USA, Canada, & Australia, giving us the first clear indication of what to expect from the upcoming production LF-LC coupe.

This is huge news on multiple levels — there had been talk that the production LF-LC could resurrect the SC nameplate, but it appears the new coupe will adopt letters from its concept.

Bigger than the name are the two engine designations — there is currently no model in the Lexus lineup with either a 500 or 500h badge. 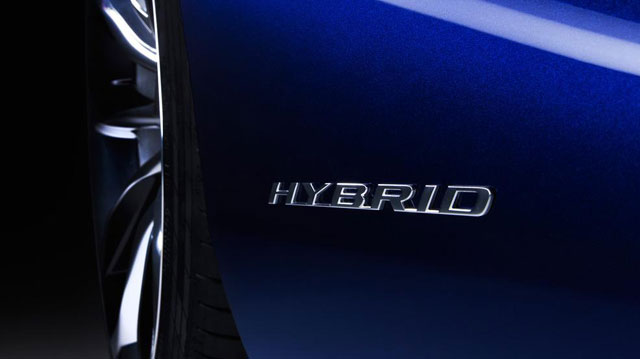 In my mind, there are two ways to go with this:

No matter the engines, these trademarks are a major step in the eventual production model LF-LC, and it looks like Lexus is pulling out all the stops.

:) Can't wait
I am back after 6 or 7 months away with this news Honestly as much as I happy that the production model is not far away as much as I am sad it won't named with the SC About the 500h I think lexus will answer my way old question and will make the hybrid like the turbo and every other model just as indication for the engine size same as 200t= 2 litres turbo so the 500h will mean 5 liters hybrid
Hmm, maybe something for the coming Detroit Auto Show ?
I don't think your two options are accurate... 3.5 + 0.5 = 5??? The next-generation hybrid system generates the equivalent of a __ one-and-a-half-litre __ of displacement and the engine remains as a 3.5L V6 engine

500 bhp would be nice! With hybrid tech like that used in the P1 and 918, 500 isn't a problem, I don't think.
Would a new more efficient but more powerful v6 be in play for future lexus models? But I love the progress! Maybe this gives a hint to what the next gen LS will be. LS 500, LS500h LS600h and hopefully the LS F. Big future for lexus
So there is no rumoured twin turbo V8 that puts out 600hp?

I do genuinely hope that Lexus has engineered a new powertrain and not just recycling the existing V8 hybrid system from the LS. But, according to Lexus International website, the LF-LC produces 438HP, that's the same output as the LS600h. Assuming that the LC is a production LF-LC and that the LC500h is a 5.0L V8 Hybrid, those figures are underwhelming.

And that's exactly what I wrote above that fromother next hybrid generation lexus will use the capacity of the engine. Just as the turbo

Lexus should not develop this thing as a convertible like they did with the RC F. That's all.

There will be a convertible S-Class Coupe. Two convertibles in the line-up wouldn't be surprising, though the issue of weight is an ever-pressing concern indeed.
Absolutely shouldn't for a performance car. Make a variant after sales have been made, like the 458 Spyder.
I don't think it's clear at all yet if this will in fact be strictly a "performance car." I'm with "BOSS" above. The "L" prefix denotes this will be a flagship like the LS and LX but in coupe form, more focused on luxury.
Considering they have a plush flagship sedan and a plush flagship SUV, I don't think that having another version overlap it would be a good move economically. They already have strong sellers in the same area, so why make just another one?

They also trademarked CT300h and CT400h years ago. The car to match the name is still to come. So this doesn't mean anything at all.

You are correct. But according to some - including this blog - this is now "confirmed". LOL. We'll see about an LC ...
Where did I "confirm" these models? My post is almost pure speculation based on the trademarks.

LC is LS Coupé? Not so sure about that because the LF-LC is more of a sports GT like than a luxury GT. Which there was a SC to compete against R8 and AMG GT.
wonder if this new engine will be adopted by the next LS
Don't have a problem with the LS name, but would like to see the SC return. The V8-hybrid in the LS600h was a mistake, so I hope the 500h program will focus on adding power to the V6 to make V8 power, while retaining V6 fuel economy. If the hybrid doesn't get at least 25 MPG combined, with very high power, why bother? I personally would like to see a Hybrid V6 with about 325 HP and 30 MPG combined The last system wasn't very efficient or a great performer in the LS600h. This should be much lighter, in a much smaller car, without AWD BD
Great commentary on a very significant piece of news. I will note, however, that Toyota/Lexus already make a 4-liter V6 that could well be upgraded for LC 500h duty. Also, it is entirely conceivable that the 2UR-GSE 5-liter V8 could be tuned for more than 467 hp in the lighter and smaller LC 500 versus the RC F. The rationale behind my conclusions appear in a piece I wrote for both my.IS ( http://my.is/forums/f41/lexus-registers-lc-500-lc-500h-trademarks-534497/ ) and Kaizen Factor ( http://kaizen-factor.com/lexus-registers-lc-500-lc-500h-trademarks/ )

"Although Lexus has never revealed the LF-LC concept's dimensions nor curb weight" - Measuring in at 182.3 inches long and 76.8 inches wide, but only 50.0 inches high, the two-plus-two LF-LC certainly is an imposing and impressive car in the flesh Source: http://blog.caranddriver.com/lexus-lf-lc-blue-concept-debuts-in-sydney-coming-to-l-a-auto-show/

I think more likely 4.0L V6 with Hybrid. Just look at the rest of the market. Most of Lexus V6 model competitor in someway has either gone with less displacement Turbocharging. Or stick with N.A. but larger displacement V6 (ie Q50) So it's logical to have a larger displacement V6 to replace the 2GR-FSE. As for possible future IS250 or quite logical RC250 I feel that the NX200T 2.0L 4cyl Turbo. would make it very logical base engine for majority of the 250 designation
Driving the NX 450h+