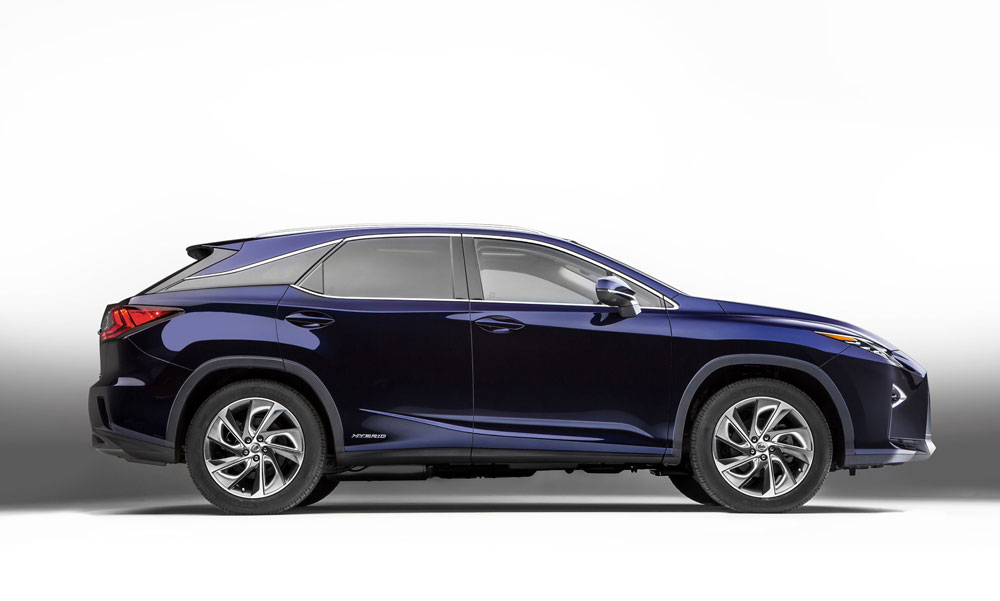 What Do Current Lexus RX Owners Think of the New Design?

WardsAuto has an interview with Lexus USA general manager Jeff Bracken on the 2016 next-generation RX and what the new design means for existing owners:

WardsAuto: You talked about appealing to new buyers and existing owners. What are the dynamics of managing both and appealing to both?

Bracken: RX represents our most loyal owner base. So we wanted to make sure we didn’t alienate our loyal owners with this new design. At the same time, we want to build on that owner base and bring in folks that might not have considered us in the past. Based on our focus group research, we’ve been able to do that.

Well, for example, the spindle grille, right? Some folks feel it is too expressive. On the other hand, there are a lot of people looking at Lexus because of that aggressive spindle grille. They might not have looked at us before.

It could be my familiarity with the spindle grille or my appreciation of the NX compact crossover, but the new RX doesn’t strike me as a vehicle that would alienate existing RX owners.

Even with the major changes on the outside, the RX maintains its overall size and appearance. Current RX owners are also likely to be looking forward to the upgrade in interior features.

Of course, I could be way off — what do you think? Any current RX owners want to weigh in?

The spindle grille and bold design in general has become a huge part of Lexus' identity,and to back down now would be a catastrophic mistake. As for the new RX's design I think it's absolutely perfect. It does have similarities with the previous model in the overall shape and proportions,there's a healthy chunk of NX,the way the hood/bonnet curves down into the grille and the shape of the tail lights have a certain RC flavour and the "floating roof" design and certain elements in the interior hints at the LF-LC. I'm going to make a prediction that couldn't be less daring and say the the RX's success will continue. ;-)
With any design, its going to be hard to please everyone. I think Lexus has to look to the future and get new customers that would not normally consider the brand. If that means losing some previous customers then so be it (some of them are probably pretty close to not buying any cars anymore, if you know what I mean)
I love the new design of the Lexus. Bold, aggressive and sportier which I think it's good for a brand. For me what make Lexus a Lexus is it's a good car with superb reliability.
As a three-time RX owner, I loved our latest '13 RX F Sport's design. But I do like our new NX's more aggressive look. With this said, how can I not like the RX's similar overall design to baby brother?
Yes, I do not like the triangular fog lights either nor does my sister (owns 3 Lexus vehicles), as well as the pillar design. Partly a reason why I have suggested that she wait for the 2016 LX or just forget about crossovers/SUVS entirely. She's adamant about another Lexus, but feels her current 2008 RX is outdated and does not want another NX, especially the US version. It looks very striking in person, but that floating roof interpretation isn't pleasing to me. Fits better on the LC, that inspired it via the concept LF-LC. By the way, the Spindle Grille did not first "appear" on the GS. It might have been the most official debut of that design signature and that was only because the current GS (L10) was launched after the design mandate, which immediately preceded the full line-up appearing with this grille. The Lexus LX570 is some eastern territories had an early version of this grille from February 2010 and that went into production in late 2009. Lexus already was headed in this direction design wise by 2008, as seen in the production CT200h. Bear in mind, I refer to dates of internal developmental creation and not launch dates. The GS (L10) was pretty much designed by the end of 2009 with this in mind, later debuting in August 2011 and out in early 2012. I remember Lexus hinting at a recent design approval in December 2009 and that being the "next GS". By April 2010, Lexus Design had a finalised L10 body design (4GS), mid-stage design programme on XE30 (IS), as well as early stages of the AZ10 (NX) and XC10 (RC) ongoing (both were frozen in 2012). Development of 200 LX, AL10 (3RX), and LS (XF40 III) face-lifts was also taking place. Alternatively, the XV60 (ES) design had been recently approved for fall 2012 launch. Not with a Spindle Grille fascia, as by late 2009 much of the design work on the 6ES was complete (shortly after XV40 5ES refresh). In April 2010, the Spindle Grille was then mandated across the range and thus face lifts got the grille by force by the end of 2010, but more than anything the 2013 ES (XV60). It was quite disjointed looking on that car, but has been fixed with the new XV60 II (ES facelift) that was probably approved during the first half of 2014. The new RX design would've been frozen/finalised in mid-2013, even though the new LS (XF50) might be parallel to that and due much later (RWD models on new platforms require 30+ months at Lexus after prod. design freeze). As you see, the GS did not really have that grille first. The CT200h and LX570 did. Marketing efforts gave the impression that the GS introduced it, because of the 2011 LF-Gh that previewed it and a need to give the GS the spotlight after being overshadowed so often.
Driving the NX 450h+