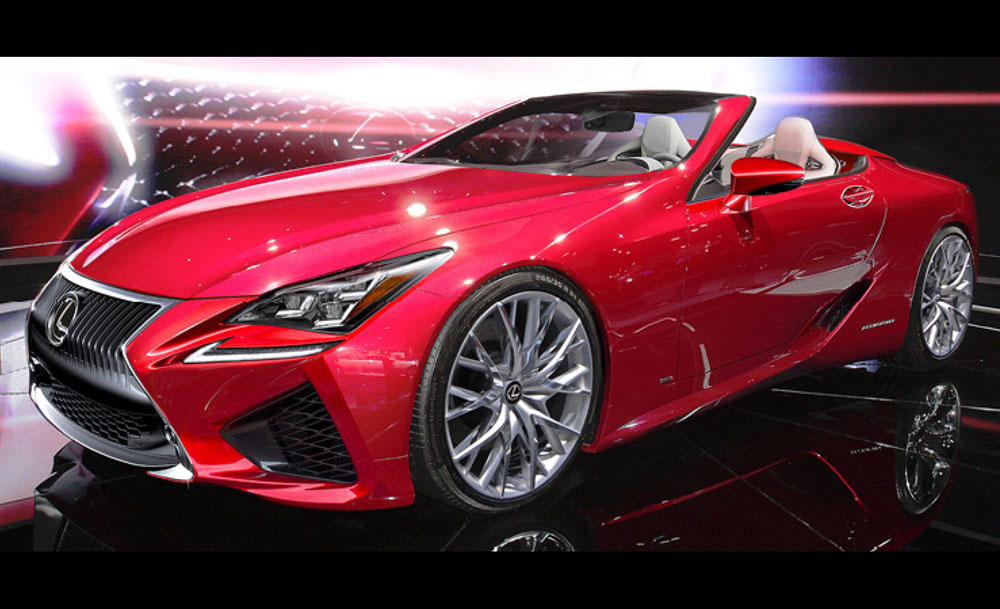 The latest issue of Car & Driver has some new information on the rumored next-generation Lexus SC based on the LF-LC concept:

Platform: The SC is the first offering on a new platform that will be shared with the next-generation LS and other models. At launch, this coupe will be rear-drive, but four-wheel drive might be added later.

POWERTRAIN: Initially, the SC will use a version of the 5.0-liter V-8 currently making 467 horsepower in the GS F and RC F. (A hybrid is also likely at launch).

But with a 640-hp Cadillac CTS-V available, to say nothing of AMGs and M cars, Lexus knows that its naturally aspirated 5.0 is a bit overmatched. So it will follow the lead of the Germans and produce a twin-turbo version of its V-8 to power an F edition of the car.

For completion’s sake, here’s a full scan of the page: 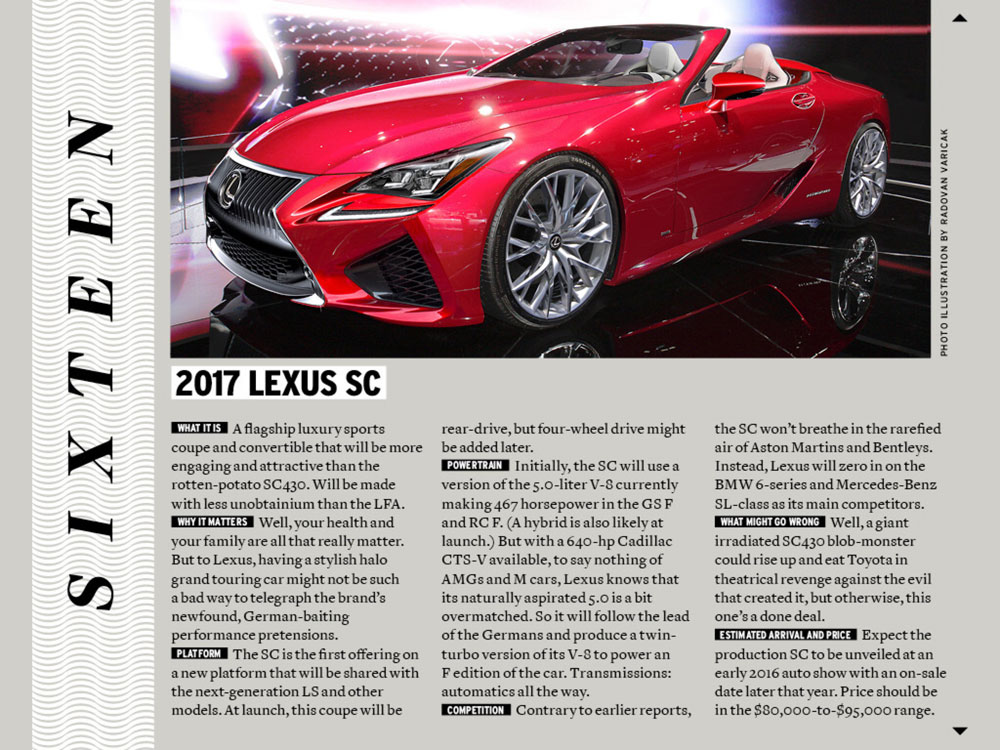 Should this information prove to be true, there would be very little to complain about — a base model SC 500 with 467-hp is a great start, and SC F gets even better when you consider Toyota Motorsport pulled 641-hp from a twin-turbo 5.0-liter V8. Lexus is likely to be more conservative, but anything over 600-hp is magic.

Getting ahead of myself for sure, but can you imagine if Lexus releases a new SC and a new LS in the same year?

Lexus..pls make it happen.. pls
I'm really excited even though it's way out of my price point. I'm curious to know what other models Lexus will have on that platform, SC, LS and what next?
Curious that Car and Driver would refer to this as an SC when Toyota/Lexus has, in fact, registered the LC 500 and LC 500h trademarks for, seemingly, this very vehicle.
Can't wait Lexus I love what you are doing with the new aggressive models but keeping the Lexus reliability and prestige. Great news for Lexus!
Next year couldn't come any sooner! Lexus release the LS in the end of the year??? And the SC/LC released in Detroit? Lexus is going to be even more exciting in the coming months
Bring it on Lexus. It will be a one two punch with the RC and SC coupes that will take on the 4 Series and 6 Series baby...
Would be interesting to see the engine choice and to see if there will be a new transmission for such a high segment vehicle.
This mystery V8TT motor should be powering the GS-F. Maybe there is hope for the on-again-off-again rumor of F brand's equivalent of AMG's Black Series. 550+HP RC-F / IS-F (Since we are all expressing wishful thinking here ) variants and 650+HP GS-F / LS / SC variants please!
Agree on the naming anomaly but I definitely prefer if the SC moniker is used and the history and following it carries for this new halo GT.
I wanna a 911 killer from LExus
Driving the NX 450h+