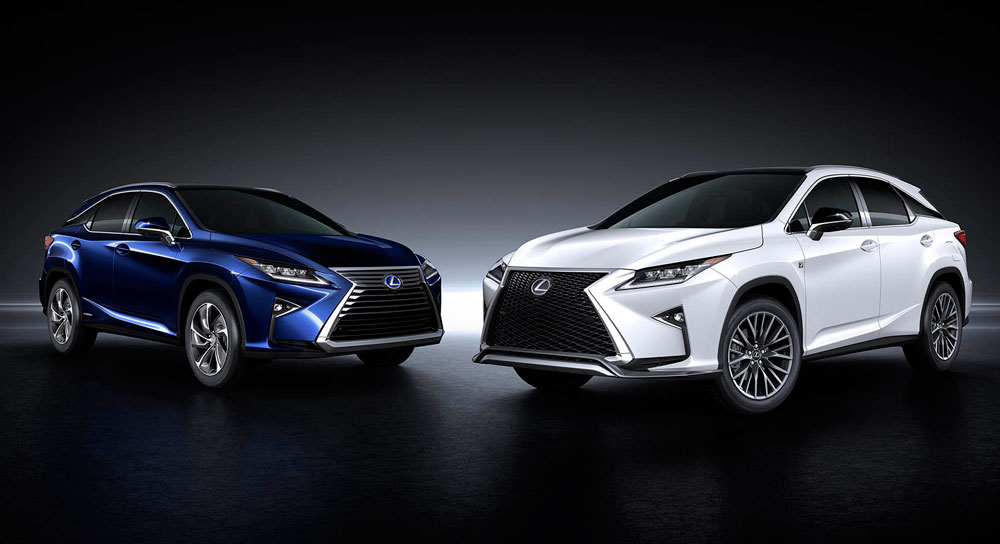 Nestled in the Autoblog coverage of the new 2016 Lexus RX is a surprising statement:

What the new RX doesn’t yet have, but we’re told is on the way, is a third row of seats. The added versatility of a seven-passenger version should broaden the appeal of the RX to a wider audience. Expect to see the RX 350 and RX 450h in showrooms by the end of the year, with the three-row version coming sometime in 2016.

From the NX to the RX, Lexus has a very clear design strategy — at this point, I doubt anyone will be surprised with the eventual release of a larger three-row seven-passenger crossover.

That said, I do wonder about the timing, and whether this new crossover will just be a three-row version of the RX. Consider the existing lineup in 2016 with two relatively new crossovers (NX & RX) and the rumoured update to the LX, and it might be worth waiting another year.

What do you think, will Lexus release large crossover in 2016? And should it be an extended RX or a model all of its own?

I Think a 3 row cross over should just be a model on its own. For a couple of reasons. 1. Having a 3 row RX wouldn't be very comfortable space wise, the third row would practically be like the GX in trunk space 2. Having an individual model can bring even more revenue to lexus 3. (Hopefully) that it was the TX is for. The full size luxury crossover to fully compete with the GLS (going by the new Mercedes naming system)
3rows is achievable since its now same length as Highlander.
What is the TX? I've never heard of it. Ever mentioned on this site?
I personally wouldn't make a 3-row RX BD
Its useless: you use it once a year, adds weight/cost.
TX is essentially replacing the GX, so thats gone. Just use the Sienna chassis for the TX - perfect L+Width
GX has been selling better but thats mostly b/c of deep incentives. I don't think a 3 row SUV is a priority but if they need one, how about a rebadge Sequoia? with lexus stying of course.
The TX should be an all new model, based on LS. It should be a crossover like the German cars, not an offroader, and compete against X7 with the same luxury and turbo V6 and V8 engines and hybrid. RWD based it should be.
It's the second time I heard about this in two days. It's plausible but the roofline isn't very practical for a car with three rows. Whilst many are talking about the TX, I remain sceptical. "TX" was indeed trademarked by Toyota end of 2010. But it was only trademarked in North America; not in Canada, not in the EU, not in UK and not in Australia. If Lexus had truly planned make a seven-seater SUV, I doubt it'd be available strictly in the US. I'm sure there's potential in this segment worldwide. (Although admittedly, the HS was an example of N.Am and JP only.) I think this whole thing was just picked up thrown around by Automotive News, 3 years late in 2013. I'm all pro Lexus three-row SUV, but for now, I can't bring myself to believing in the TX nameplate. I feel like I will be hated. And when/if I'm proven wrong, I'll be embarrassed - but I'll put my hand on my heart and say, "I was wrong."
First report of the TX https://lexusenthusiast.com/2013/07/30/lexus-to-cancel-the-gx-in-2016-replace-with-seven-seat-crossover/
The TX is a long rumoured hypothetical crossover that would be larger than the RX and either replace or excist alongside the GX.
TX would be a big hit in the lone star state *w*
Indeed, we don't need another LX-priced SUV.
Driving the NX 450h+