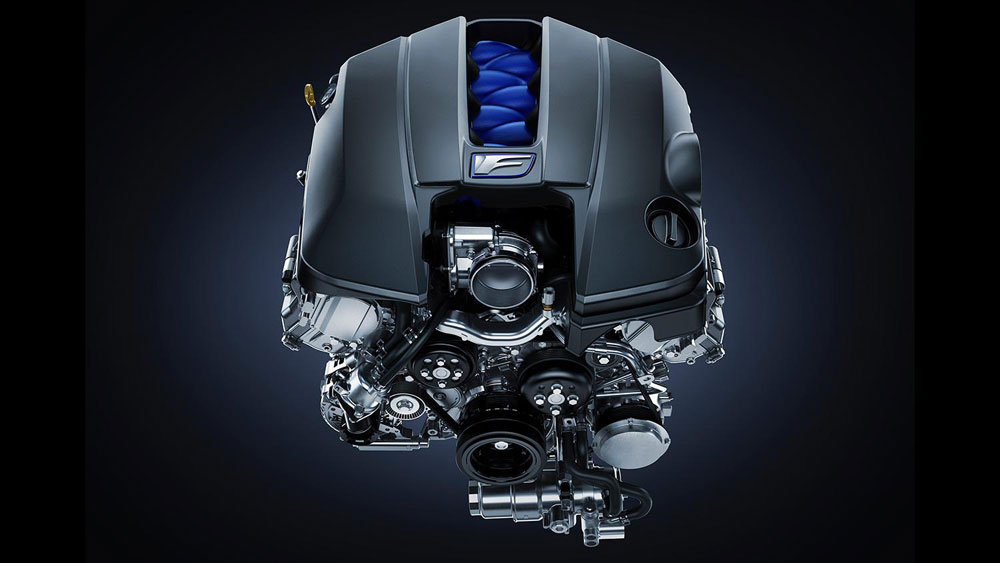 Car & Driver has an insightful interview with Lexus International executive vice-president Mark Templin — the focus is on performance and the F brand, with a standout answer regarding turbochargers:

Car & Driver: Why don’t you use turbochargers on the F cars?

Mark Templin: [F program chief engineer Yukihiko] Yaguchi is a big fan of naturally aspirated engines because of the visceral effect that you get, the sound of it, and the way that it feels. That being said, it doesn’t mean we’ll never have a turbocharged F product, but if we do, it will probably be a big engine that still gives you all of those attributes that he wants. He really feels that it’s important to have the sound quality that you get out of those big engines.

Not to read too much into this statement, but it doesn’t sound like a passing comment — my mind went directly to the rumored production LF-LC with a twin-turbo 600 horsepower V8, which would fit the “big engine” requirement to a tee.

Also, have to mention the final question in the interview:

C/D: You’ve announced your intention to launch a global racing effort with the RC F GT3 this year. Why is it important to go racing?

MT: Because it’s fun. It’s like the LFA. By building the GT3 car and going to race with that car, we’re going to learn things that will make all of our products better.

“Because it’s fun” is easily the best answer to any question, and it’s exactly what Lexus needs right now.

So excited!!
Hey Mark and Akio, you guys do know what real fun it right? Add an optional #proper #gearbox with 3 pedals. Don't listen to all these flappy paddle/automatic apologist. Visceral engine+suspension dynamics+manual gearbox+Lexus F = REAL FUN!
And Lighter! And F Car will be a perfect combo
Sounds promising ...maybe something we can expect in the next iteration of F cars
Lexus clearly said they can still extract a lot of power from this RCF v8 engine without using a turbo. I for one dont see the point of attaching a turbo in a big engine like this v8 pluss this v8 is not slack on power. If the RCF can equal the lap time of the M4 weighing that much, what would have happend if it was as light as the M4? it was gonna distroy the M5,
Turbos are for those that cant make power naturaly aspirated. why should a company that can make a v10 that revs to 9000 in 0.6sec bother putting a turbo on its master pieces. they can make that v8 rev even faster then it does now
Not true. Ferrari, Porsche and BMW M can build NA engines, yet they also go turbo. Simply because it is cheaper and makes it easy faking consumption and emission figures. Anyway once Toyota gets back to FI, they'll own the market.
I think forced induction on future Lexus F models is maybe less probable than we would want/expect. I think the non-F's will have turbo chargers because they are inexpensive in terms of what is gained, and is the most logical evolution of Lexus' engine line-up. But the future of performance is honestly in the electric motors and all wheel drive. Especially for the Japanese automakers who must make vehicles to the Japanese governments standards/expectations. The NSX has the electric motors, the next-gen GT-R will likely be a hybrid set-up, and Mitsubishi is rather bonkers with their affinity for hybrid drivetrains. Please also remember than Toyota has a Le Mans Prototype. A V8+electric motors on the LC F makes the most sense under Yaguchi, as he can still retain a visceral NA V8, hooked up to the two electric motors. Paired with a Toyota twin-clutch transmission that has been being developed since before the LFA (it was suppose to go into the LFA). All wheel drive is probably the future of most high performance cars, because putting the power to the ground is not so easy once you are above ~550HP and your car is made out of carbon fiber. [Unless your car is just heavy, a la that fatty, the RC F or SRT Hellcats.] So no, I do not expect to see forced induction in future F models, but definitely on non-F's. I don't know when to even expect an LC to be released, but I imagine not anytime soon, so that would mean even more time would have passed, and more likely to receive the electric motors. I feel the LC will be the more attainable LFA, so I think it will have some sort of groundbreaking changes for Lexus. [i.e. dual-clutch, different powertrain, more carbon fiber.] I think it was Yaguchi who said when they design the F cars, they do not try to develop the cars to be analogs of ///M's or AMG's, and those cars have the Twin Turbos. And for those of you that still don't understand F Marque... F Marque is rather different, they just does what they want, not really caring about comparisons. It's probably safe to say, if you want twin turbos, go get an M or AMG car. There's probably some reason that TMG TT V8 was never pushed as a performance motor in an F.
Love to see that and it will be amazing
Sounds like a 600HP Lexus LSF is a sure bet now, and a great idea. BD