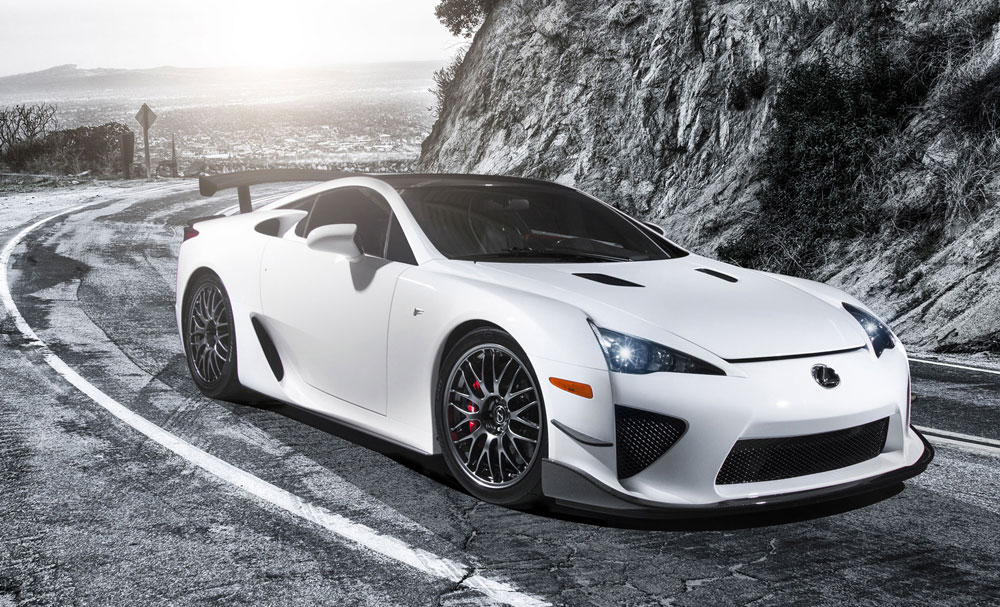 Lexus has no plans to release a next-generation LFA, according to an Automotive News interview with Lexus International executive vice-president Mark Templin:

“I think you will see us do some incredible things in the future, but probably not a $375,000 supercar anytime soon,” Mark Templin, executive vice president of Lexus International, told Automotive News last month at the Detroit auto show.

“We don’t have a plan for an LFA successor right now,” he said.

Templin said Lexus is likely to offer some kind of halo nameplate in the future, but for now, it will focus on its F Sport tuner packages and F-series high-performance variants to buttress the brand’s performance cred.

“It was a great project because it inspired our engineers, and we learned a lot that is helping us with all our other products,” Templin said. “Everything they learned about steering precision and great suspensions and lightweight materials.”

I have strong doubts that a next-generation LFA will ever be made — even though the LFA was a real-life actual supercar, its purpose is closer to a concept than a production model.

The LFA was a statement of intent, a way of showing the world where the Lexus was going next. It was expensive to develop, and even with its $375k USD MSRP, Lexus lost money on every single unit sold.

The LFA also changed how the brand was viewed by consumers and even Lexus’ own employees. It’s influenced every Lexus model built since 2012. It’s hard to put a price tag on that level of reinvention.

It could be successfully argued that a car like the LFA would make more sense now, that Lexus should pursue a next-generation supercar. Instead, Lexus looks to be pursuing a different strategy with the upcoming production model based on the LF-LC concept — less expensive but still north of $100k USD.

The production LF-LC will be better suited to the rest of the lineup, accessible to more customers, and similar enough to the LFA to capitalize on its appeal — exactly what Lexus needs right now.

Well that sucks. I want to see that updated phenomenal LFA Code X 5.3 Liter V10 racing car in a production exotic hyper car with a electric motor hybrid.
Also, V10 LFA will be more relevant than ever in the next few years now that there is a huge push at the executive level for F1 racing to ditch the twin turbo V6 and going back to naturally aspirated V10 in order to save F1 from extinction due to dwindling popularity.
i believe its been stated cars like the LFA are 20 year cars....they happen every twenty years...Hopefully I'm ready next time....as Krew stated the influence of the LFA cannot be measured from motivating employees to reinventing the brand to making owners proud Lexus owners even if its an old ES 250.
They can change their minds... i hope
Lexus should just surprise us like Ford did with the latest GT.

I am hoping they do. Maybe, he is not allowed to confess to anything.

Lexus will certainly do something to commemorate the LFA, it was the biggest deal for Lexus, as big as the LS itself I'd say. It would be proper honor to build another supercar in the future, we may not hear news for a year, we may not for 30... but again, Lexus will build something incredible again.
Next best halo car will be Performance/Luxury/Hybrid LC500h or 600h who knows. from the concept car it looks very promising as good looking as any Aston Martin....and with Hybrid tech..... now just need to try to the 8-spd Automatic to the Hybrid system (STRONGER Electric motor please). NOW THAT's what a leader in Hybrid technology should be working on.