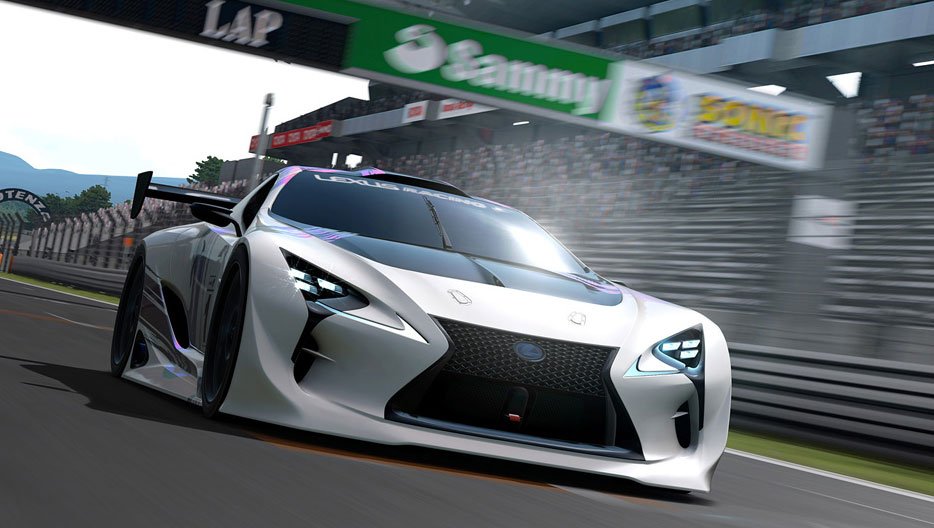 Based on the LF-LC concept shown at the 2012 Detroit Motor Show, this race car is meant to compete in virtual Super GT and Nürburgring 24 hour races.

The Lexus LF-LC GT will debut in a Gran Turismo 6 update to be released in the spring.

This LFA II please.
Looks like an updated and a more modern Lexus LFA. The proportions are all LFA. This might be the LFA 2

Well, this is the race version of LF-LC which is basically an LFA.
If it comes with that phenomenal screamer 5.3 Liter V10 in the LFA Code X racing car then this would be a true Lexus LFA successor. Otherwise, no I would consider LF-LC a new type of sports car unrelated to Lexus LFA (despite the physical shape having some uncanny resemblance).

That is because the FT-1 looks like the LF-LC, not vice versa. (;

The headlights are updated with the rectangular bulbs (like the recent Lexuses) instead of the circular ones in the original concept. Maybe it's a glimpse of the the production model!
Why are there hood latches when there isn't a hood? Did Lexus get that good at panel gaps?!