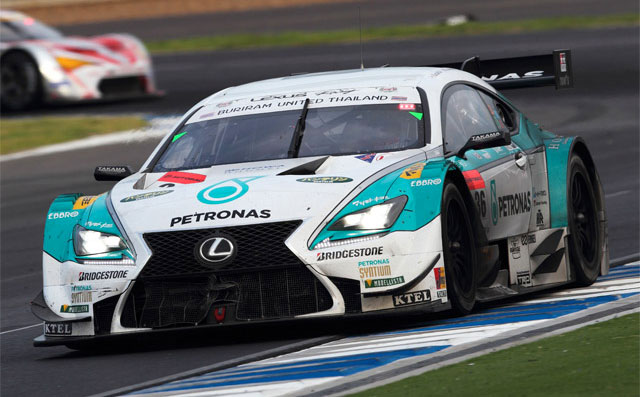 The PETRONAS TOM’S racing team of Kazuki Nakajima & James Rossiter have won the Super GT Round 6 GT500 class in the #36 Lexus RC F. The race took place at the Chang International Circuit in Thailand.

This is the second round in a row that the PETRONAS TOM’S racing team have won.

Here are highlights from the race courtesy of the Super GT Youtube channel:

The KeePer’s TOM’S RC F team of Daisuke Ito & Andrea Caldarelli were the next highest Lexus team at fifth place.

The first place finish today has put the PETRONAS TOM’S team at the top of the season standings, followed by the KeePer TOM’S team in second overall. Only one point separates the two teams.

The next Super GT race will be October 5th in Thailand.

I was there.... RCFs were super fast on high speed corners, but this track has 3 long straight sections where gave GTRs a big advantage.