END_OF_DOCUMENT_TOKEN_TO_BE_REPLACED " /> Lexus RC F to Receive Yearly Performance Improvements? | Lexus Enthusiast
Menu
Log in
Register
You are using an out of date browser. It may not display this or other websites correctly.
You should upgrade or use an alternative browser. 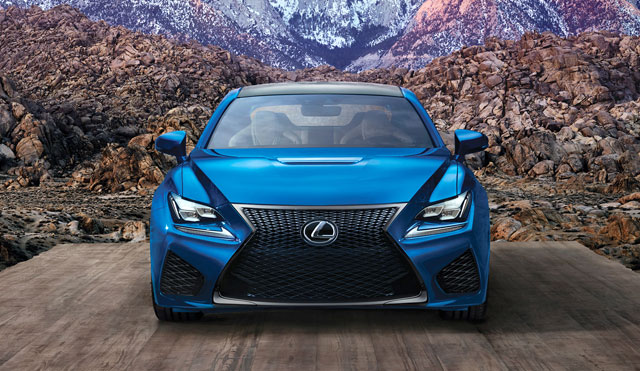 “We are already thinking about some changes to make for next year,” he confirmed via an interpreter.

“The objective is to make the car more fun to drive. If you make the car go too fast then the human being won’t be able to catch up with it.

Intriguingly, he did concede there was more power to be eked from the engine, without resorting to forced induction.

“We think we can get a little more out of it,” he said.

“It’s really about increasing the rpm to be able to gain more horsepower, so if we were to increase the rpm then we would have to look at using what components to be able to meet the rpm increase… so at that time we would also have to review the cost etcetera. So right now it is set.”

Yaguchi-san followed a similar development schedule with the IS F, where year-over-year improvements gradually transformed the vehicle into a very strong performance contender.

(Kaizen, or continuous improvement, is a key component in the Toyota Production System, and it’s very interesting to see the concept applied so dramatically to a vehicle year-over-year. Exciting things ahead.)

Wowzers... What kind of blue is that? #Want #Need #GottaHaveIt
Good thing! That's what Nissan has been doing for years with the GT-R, or, in stricter Lexus terms, the Pursuit of Perfection.
500 hp would be perfect for this greatest and beautiful coupe. The philosophy to improve the car gradually is just great, they started to do that with the IS-F and the cars made after 2011-2012 were an example of perfection (talkin about handling,engine and so on). Even Nissan use to do that with the GT-R but I never loved that car aniway. And of course BMW has this approach since the E30 M3, do you remember that magic sportscar? Since its launch it had 200 hp but after two years the EVO version produced up to 220hp and the last editions had a 2.5 liter with 235 cv. As Lexus lover I wouldn't be more happy that they took BMW as their target instead of other overrated german brands that I won't mention it again.
Lexus is wasting no time
I like that Blue a lot wow
What's expected from every car manufacturer, really. I just hope that these improvements do not mean a steady increase in price. What I would like Lexus to do is enforce standards across the world. Where is / who is the Middle East / GCC Regional Manager. I would love to give that person a piece of my mind.
Yearly improvements would be nice, but also work on a IS F.