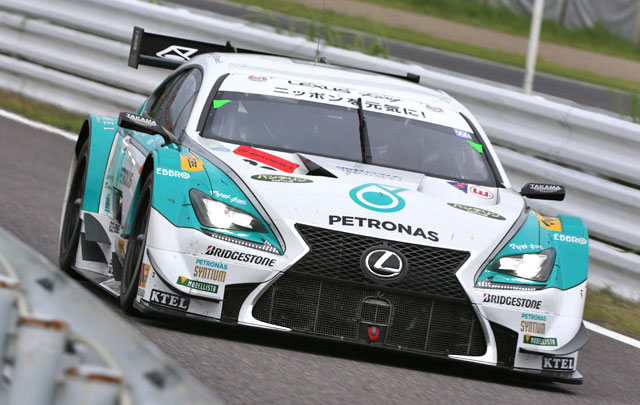 The ENEOS SUSTINA RC F team of Kazuya Oshima & Yuji Kunimoto were the next highest Lexus team at fifth place.

Here are highlights from the race courtesy of the Super GT Youtube channel:

The next Super GT race will be October 5th in Thailand.

I believe nismo's youtube channel streamed it live with english commenatry be radiolemans.com
Yes. The full race with radioleman.com comments it still is in NISMO.TV Youtube channel https://www.youtube.com/watch?v=AsAQEbyxzVY&list=UUaTxfj0BzL-MaCy-YUqPRoQ. GREAT Race it was!
That's amazing news -- will they be streaming all races this season?