END_OF_DOCUMENT_TOKEN_TO_BE_REPLACED " /> End of an Era: Final Lexus IS F Rolls Off the Assembly Line | Lexus Enthusiast
Menu
Log in
Register
You are using an out of date browser. It may not display this or other websites correctly.
You should upgrade or use an alternative browser. 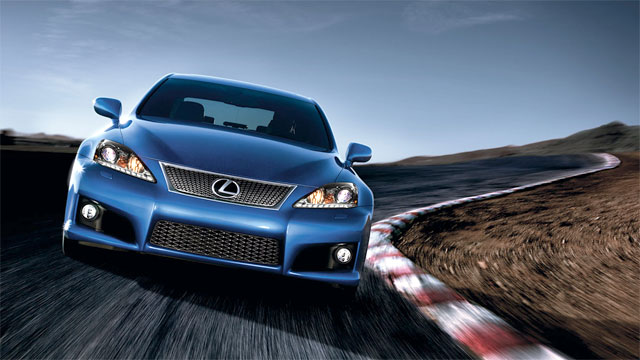 The very last Lexus IS F rolled off the assembly line last week at the Tahara plant in Japan, ending a seven-year production run.

While the IS F never sold in large numbers — recent quotes suggest the worldwide sales were 12,000 units in total over its lifecycle — it was the very first Lexus model to bring high-performance credibility to the brand.

The story of its creation is now Lexus legend — with a small team and limited budget, chief engineer Yukihiko Yaguchi modified the existing IS sports sedan into something much more potent, replacing the powertrain and reworking the body until it breathed fire. The result was a 416-horsepower sports sedan unlike anything Lexus had ever made before. 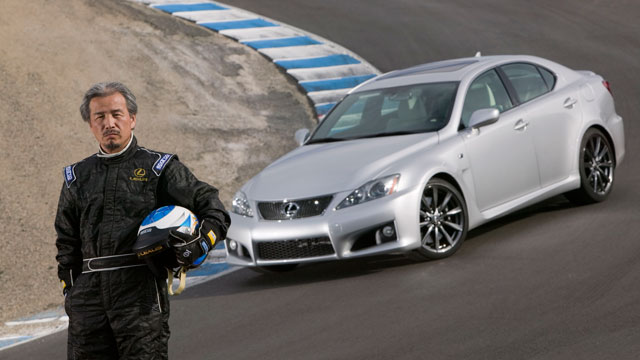 Will there be another IS F? There’s been no official statement, and with the new RC F coupe (also developed by Yaguchi-san) as the new face of Lexus performance, the future is murky.

No matter what happens, big respect to everyone involved in the creation of the very first Lexus high-performance sedan — it was a great run, and you should be proud of what you accomplished.

Oh no! Lexus, we're waiting on the next IS F. You couldn't possibly kill the first F model because the RC F is coming. You want to rival the germs? Well give us Lexus lovers options like what your german rivals do. Upvote for the new IS F!

I completely agree... the ISF is not perfect but look at the improvements over the years Lexus is making with their F series. The RCF looks sick and a new ISF on the IS body would look amazing! Lexus would be making a mistake on this one if they do not come out with a new one. Especially since some people would rather have 4 doors then a 2 door car but still want speed and excitement (like an S4 or AMG C class). I hope Lexus will surprise us and stick to their new aggressive approach to performance.

it ended up being as fast as the M3 and it was more vocal then the M3. I dont see the M3 as perfect either. I was shocked playing my Forza game with the M3 and the ISF. The ISF is just so composed, the M3 is wild and lose and not in a good way because it imposible to do a clean lap. but then again it only a game

That's the saddest news I've heard ,,, but what's cheering me up knowing there is a performance Gs F coming early 2015 ,, a powerful sedan Lexus already takes out on the M4 ,,, now its time to take out on M5 ,,, i hope !
The last of the old style going out with a bang! I thought it was a beautiful design and the fine tuning they have done over the years is worth noting...
The most impressive thing about the F's run is the changes they made to the suspension to get it around VIR quicker than the M3. And all the IS and GS platforms received updates based on the work done to the F. While they may not have sold a lot of them, the work they did really made big improvements to the entire IS and GS lines.
When I read this was confirmed, I was devastated... Hopefully they'll get around to the GS-F and I'll be happy once again. I have a feeling, however, that they will not discontinue the IS-F but they're just continuing to develop the new IS-F. Only time will tell
this makes me so sad... they better make another one or ill be very disappointed
It would be a strategical mistake not to the IS F any successor. Remember the M3 E90, BMW said there would be no successor, finally today we have the M3 F80. This car (high-performance mid-class sedan) is important.
This is the car that initiated the change in the direction for Lexus towards the success it is today. Much respect for this car and Lexus team that brought it to market. Now let's get the M3 fighter back on the drawing board! :)
maybe they want to check what the people say about the RC-F and then build the IS-F according to that....
Lexus does not understand the Luxury market. People have money. Give them more choices to choose from. Why discontinues the IS-F? Give consumers 2DR, 4DR, even convertible high performance cars to choose from. Lexus GS-350 only comes with 2 Power-trains (V-6 or Hybrid), and only 1 body style (4DR Sedan). In contrast, Mercedes E-Class comes with 5 Power-trains (V4, V6, V8, Hybrid, AMG), 3 styles to choose from (2DR Coupe, 4DR Sedan, Cabriolet convertible). Lexus designs beautiful, great value, and exceptional reliable cars nowadays. They can beat BMW, Mercedes, and Audi easily if they give consumers more choices. I love my 2013 GS-350, but I can afford and want something faster with a V-8 engine. Don't like LS-460 since it's too big for me. Thus, I will trade in my car for a V8 GS-460 or GS-F next year if available. Again, why discontinues IS-F? Why discontinues GS-460?

That's exactly what I'm saying, they need a bigger engine in GS. I had a 2013 GS F Sport and traded it for an IS F, I needed more power! Put a 4.6 or 5.0 in the GS and pull the GS F out of the closet. They need more offerings in their lineup, they should have the least three coupes in the lineup, all with F options. I wish I had a say in the future models for Lexus

I'm praying there will be a successor!!!!!!!!
Wtf! What kind of marketing strategy is this?!? U can't compete with the Germans without a continuing F model in each segment.

I agree Lexus needs the ISF back. Just add the quad exhausts and a V-8 engine or turbo v-6 and your set. Audi does it with the A4 and S4 they look identical and S4 is still bought. Lexus doesn't need to make that many changes! While I prefer it to be more different is rather have the body of the IS and add a V-8! The IS looks great!