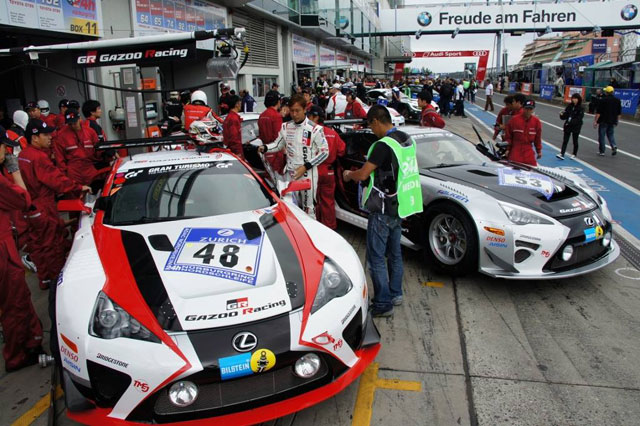 This weekend, two Lexus LFA teams will be racing in the 24 Hours of Nürburgring. This marks the eighth consecutive year that an LFA has participated in the race.

The first team is the #48 LFA driving in the SP8 class, here’s some information about the drivers:

The second team is the #53 LFA Code X driving in the SP PRO class, here’s some information about the drivers:

Lexus has also released a couple videos leading up to the race, here’s the initial shakedown of the two LFAs:

The event will be streamed live on the Gazoo Racing website, and we’ll have a liveblog going once the race starts tomorrow. Good luck, teams!

Anyone realize #48 LFA use non-projector headlight?

Good eye! Perhaps to save weight? Projectors may not be necessary who those two large bulbs in the bumper! haha
I only realize that few days ago when looking for the photo of LFA Code X (because the two was unveiled together) ; but then Code X still use projectors . :P