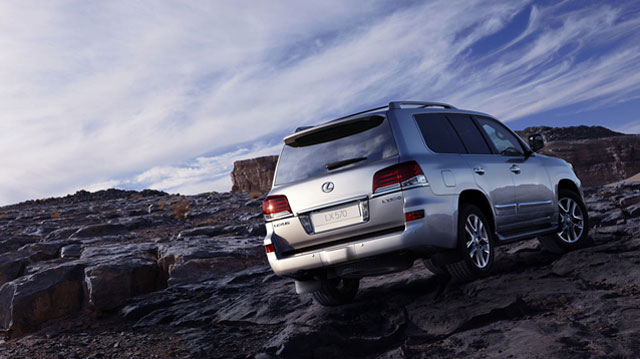 Lexus has trademarked the LX 450d nameplate in Australia, opening the door to speculation that the brand is readying their very first diesel SUV.

Despite the brand’s focus on hybrid technology, the possibility of a diesel SUV was mentioned by Lexus International vice-president Mark Templin in a Drive Australia interview last year.

(There’s likely a very small global market for twin-turbo diesel LX, so it wouldn’t be surprising to see sales limited to just the Australian market.)

I want this motor in the IS, RX and the GS. Diesel engines are very important for the european market, especially here in germany where you can go over 200kmh on the Autobahn. Hybrid-engines don't have any advantages there.

The GS450h does 150mph? And no chance. Diesel is not going to come to europe. Theyre unrefined and have bags of torque and very little top end power.
I know how fast the GS 450h is. My father has one and I love this car. But I'm talking about the efficiency. The GS consumps more at 200+ than a BMW 535d for example. And actually I'm not a diesel fan, but it's definitely not "unrefined". "very little top end power." It seems like you've never driven a strong diesel! Don't talk sh*t! Compare a 535d to a GS 450h. You will notice that the BMW is faster. Also, diesel is less expensive than gasoline in Europe.
Lexus Norway has promised to never sell a diesel Powered Lexus ever again. No, diesel is not the way to og, no way!

Yes, that is the right move. There is no reason whatsoever for the Lexus Version of the LC not to use the same engine. And that engine is a real treat. Refined, reliable and efficient. There goes the "no more Lexus diesels" philosophy down the drain. A wise decision!
This is a suprise to me....looks like the australian market is very important for Lexus. Lexus Australia always get´s what they ask for..... :-)
Good!! Lexus is seriously waking up!
I will do well here in South Africa as well :)
It will do well here in South Africa as well :)
If this becomes available in Jamaica it will be a strong seller since the Toyota Prado is a big hit!
I'd love to see this option in the USA. It'd be a great alternative to the Mercedes-Benz GL 350 BlueTEC, and really even the Audi Q7 TDI.