END_OF_DOCUMENT_TOKEN_TO_BE_REPLACED " /> Lexus Expects NX Compact Crossover to be Big Seller in Europe | Lexus Enthusiast
Menu
Log in
Register
You are using an out of date browser. It may not display this or other websites correctly.
You should upgrade or use an alternative browser.

Lexus is expecting big things from the NX compact crossover in Europe — from Autocar:

Asked to explain why customers would consider the NX over rival brands’ products, Alain Uyttenhoven, vice president of Lexus Europe, said: “The first reason people buy a car in this segment is because it is trendy in its design. We put an Audi Q5 next to the NX in public clinics and we didn’t come second. We are proud that we also beat the Evoque, which is an icon in Britain. When you put the current vehicles on the market next to the NX, I think it will be an eye-catcher.”

“For Lexus this car is a game-changer. It represents the addition of one-third to our volume and will create the potential for new customers for our brand. Very soon it will be the most visible Lexus model in Europe.”

A one-third increase would mean approximately 20,000 additional sales, and would put the NX alongside the IS & CT as Europe’s top selling vehicles — with this in mind, Lexus is now forecasting total sales in 2015 to reach between 60,000-65,000 vehicles in the region. 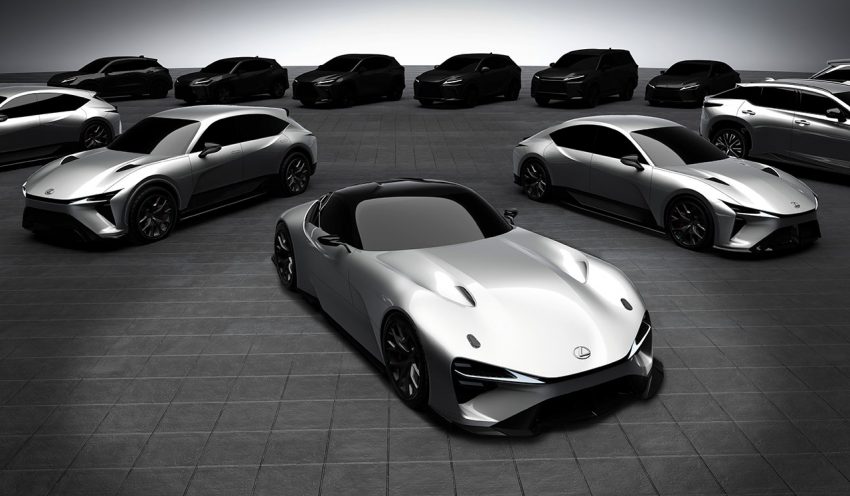 Ugh… enough with the fluff pieces and give us information we want, for example: MPG and US Price/Packages...

Appreciate the feedback, but this information is not yet public.
Hey Krew, Sorry, I didn't mean it as criticism of Lexusenthusiast, I love the site. My criticism is of Lexus themselves, who seem to be very keen on giving us fluff pieces such as this "story." I mean really, Lexus expects it will be a big seller? Really? It's like their supposedly "candid" tweets from Bejing; those silly tweeted questions like, "How many cup-holders?" and "Does the NX have a soft, luxurious driving seat?" Seriously, how can anyone take such silly questions as anything other than an ad-executive writing fluffy, inane crap to fill space before the real information comes out. Anyway, I didn't meant to sound critical of this site. I greatly appreciate the fact that you guys and gals collect all the news out there about Lexus and put it in one place!

i saw the picture of the NX next to Q5. it made the Q5 look ten years old, even face lift wont help that car. The NX is just new and fresh inside and out

can you share that pic if may!.. id love to see a comparo
when crew posted the pics of that blue NX, look close these also an audi in one of the pics
all audis look the same, nothing special or mind blowing about them. bmw is also slowly turning into audi.
True, lexus is still not cheating its way through. We should applaud lexus for still yet again managing to make its cars look different from each other, and they all look very good. I bet you Audi is going to try this lexus way, when time comes to design their next generation of cars

They will have to pull the NX F out of the closet soon.
the most disgusting thing about an Audi (except A8) is its interior, at least RS7 (except that disgusting penis Glans and Meatus look alike mirror housings) and RS5 look good from the front. I gag every time a reviewer goes gaga over an Audi's interior, "so classic, so beautiful, you only need a frame then this can be hung in the Louvre", are they really that stupid??!! BMW 5 series and up, new C class and S class simply annihilate anything Audi has in its lineup, and the new NX interior is a step in the right direction. Can't wait to see what they'll do with the new RX (really lacking at this point, never liked it from the beginning) and LS point is, Audi as whole has the worst interior among the big four! p.s. gaping holes are not cup holders, there are better ways to make them look clean and expensive. cover them up
I could be wrong.... but i see as the biggest problem for the first 2-3 years that demand (worldwide) will be much higher than the volume Lexus can produce at TMK, Japan....80.000 Units for all markets?? I think this isn´t enough.... The NX will be a big seller in the US, Australia, Russia and Japan. These 4 markets alone will eat up the whole production volume for 1 year. So from where will get the rest of the world there SUVs?? :-)