END_OF_DOCUMENT_TOKEN_TO_BE_REPLACED " /> Lexus NX to Debut New Audio Improvement Technology | Lexus Enthusiast
Menu
Log in
Register
You are using an out of date browser. It may not display this or other websites correctly.
You should upgrade or use an alternative browser. 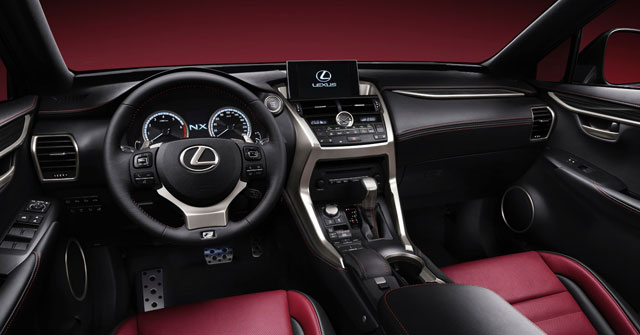 The Lexus NX will introduce a world-first audio technology from Harman called Clari-fi, which significantly improves the sound quality of compressed audio:

Unlike other solutions in the market today, Clari-Fi does not simply add equalization and boost bass, or focus only on leveraging high-resolution file formats on a proprietary device, according to Harman. Harman said Clari-Fi analyzes digital audio signals in real time and rebuilds them during playback. It does not mask the effects of heavy compression by adding new effects, but instead uses an algorithm to put back what is lost during the compression process.

The Mark Levinson Premium Surround Sound Audio System in the Lexus NX incorporates Clari-Fi technology across 14 speakers in 12 locations, carefully designed and located strategically throughout the vehicle cabin, to create what Harman said is an optimum listening experience. It’s all powered by an 835-watt, 12-channel ML5 amplifier.

The 2015 Lexus NX equipped with the available Clari-Fi-enabled Mark Levinson premium surround sound audio system is expected to launch in Asia and Europe later this year.

The Lexus NX will be the very first production vehicle to incorporate the new technology, though from the phrasing of the press release, it sounds like Clari-fi won’t be coming to North America right away.

Melissa Riofrio from TechHive had a chance to sample the audio difference:

I previewed this technology at the Consumer Electronics Show in Las Vegas in January. As I sat in a well-insulated room, nattily dressed Harman executives played an MP3 file, first in its regular, lossy form, and then with the Clari-Fi technology (then called Signal Doctor) enhancing the sound. With Clari-Fi doing its thing, the song sounded fuller and richer. I had the same experience in a demo car Harman had outfitted for the show.

yay mark levinson
It doesn't matter to me about sound quality, yesterday was the first time in 3 months since I've used the radio in my ISF.
of course not for the US version... :(
And yet 99% of these will come with their horrendous "Premium" audio system.
To this day, I am still baffled as to the feature availability decisions by Lexus execs.

I'm even more baffled by the bean counting that happens at Acura. Even the 2015 Honda CR-V Touring comes with more features than the 2015 Acura RDX.

I bought an 2012 LS 460 Sport Special Edition because I relay liked the interior. Little did I know the Sport Special Edition only came with the "Premium" (non-Levinson) audio system. Got rid of it after a year; hated the sound quality. Tested a 2014 GS 350 with the "premium" sound system and it sounded much better than the LS. I also tested the GS 350 with Levinson and was not impressed. It really didn't sound any better than the premium. The premium sound system in the 2014 ES also sounds surprisingly good. I am impressed with what Lexus is using as thitheirandard "premium" sound systems these days.

I actually agree with you on this. My GS350 has the optional M&L sound system and after hearing it for first few times I asked myself was it really worth the extra money? I mean it really isn't special at all to justify the extra charge.

Harman as in Harman Kardon or is this another company?

Yes as in harman Kardon. They own ML. US gets screwed again. :(