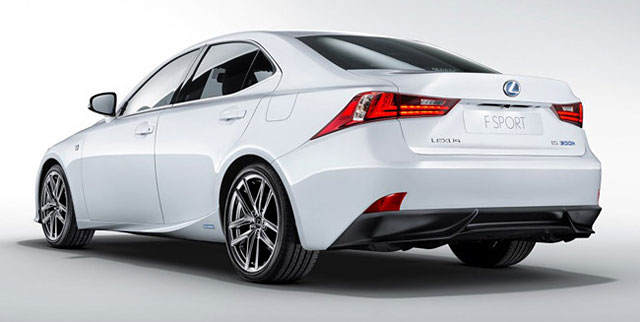 In a recent Drive Australia article about Lexus and its “No Diesel” position, brand vice-president Mark Templin hints that new hybrid technology is on the way:

Templin said about 80 per cent of Lexuses sold in western Europe are hybrids, similar to the percentage in Japan, where the desire for cutting edge technology is partially driving their popularity.

He added that Lexus was working on its next generation hybrid technology, which would raise the bar for the technology its parent company, Toyota, has made its own.

“There’s some technology that’s coming for hybrid in future that’s going to make it even more exciting,” he said, refusing to go into details. “You’ll have to wait and see.”

He said rather than a giant leap in hybrid technology it would be “consistent technological advancement”.

Outside of improvements to the existing technology, there are two segments where I’d like to see the Lexus Hybrid Drive in the near future: something high performance like the production LF-LC, or something heavy duty like a LX 600h.

(Of course, there are multiple issues with either application — for instance, there’s a weight penalty with all battery power, and so far Lexus has only paired their gas-electric engine with a CVT transmission.)

Where would you like to see Lexus hybrid technology go in the coming years?

Maybe they can try 6-Speed Manual Transmission ? Or put Forced-Induction & non-Atkinson-cycle together with Hybrid to achieve both fuel efficiency & performance ? And then Lexus maybe can think of something that makes the battery have better peformance , have pure-EV range that goes further , and lastly , makes everything lighter .
It's been said that the next Land Cruiser to be launched in 2016 will have hybrid technology,so it's very likely the next LX and/or GX will have this too. Toyota has been testing a KERS-type technology (which allows for manual gearchanges) in a GT86 with great results,and I think and hope this will be used in sporty applications in Toyota and Lexus vehicles in the near future.
I wouldn't bother with applying it to heavy trucks. The number of cars they sell with the tech will nullify any volume from them in CAFE. As battery tech improves, so will packaging and overall efficiency. Making more efficient gas engines would help too. BD
You only have to look at the new hypercars like the McLaren P1, Porsche and LaFerrari to see that hybrid can easily be used to create performance and economy. I still think the biggest downside / complaint I read about hybrids is the CVT gearbox - if they can find a way of moving to proper auto without much of an efficiency penalty reckon that will get a massive positive reaction. Also would love to see a plug in hybrid on the Lexus side. So many of my journeys would be completely petrol free even with just a 20-30 mile electric only range
I think the natural evolution of hybrid powertrains is to have ever smaller petrol engines while utilizing more powerfull electric engines and more efficient batteries, right until the moment when the petrol becomes absolutely secondary, and it won't be connected to the wheels at all. Also I think they couod reprogram their CVT to "move" up and down on the rev range (obviously inside the optimum torque range) during heavy acceleratio . This could eliminate drowning. I think the latter is the more feasible improvement at this moment and it would be a nice one.
I would love to stay with V6 engines, but that's probably not possible. I think the technology described in article should allow for advanced use of electric power in Lexus/Toyota vehicles combined with turbo. It should also allow to run at least for 150-200km on one battery charging. Such a technology already exists and is used in other vehicles (Porche Panamera). That;s actually what I miss in Lexus - a powerfull hybrids... (currently we have only one 450h option, and that's only GS and RX)
Capacitors! Case Closed!!
Lexus is300 is the most efficient in its class. lexus got room to play with here. next will be to sort out the CVT
I think its worth remembering that the 4th Gen Prius is not far away. The new tech from that will certainly seep into other Toyota / Lexus hybrid models. I would like to see a plug in hybrid option, certainly as Porsche and Mercedes are cleaning up in this regard. The poor LS600h will be totally out classed and irrelevant soon if they don't sort this out. I'm hoping part of this update will be new battery tech. Hopefully Toyota's investment and connections with Tesla will help here.