END_OF_DOCUMENT_TOKEN_TO_BE_REPLACED " /> More Information on the Lexus RC F’s Horsepower | Lexus Enthusiast
Menu
Log in
Register
You are using an out of date browser. It may not display this or other websites correctly.
You should upgrade or use an alternative browser. 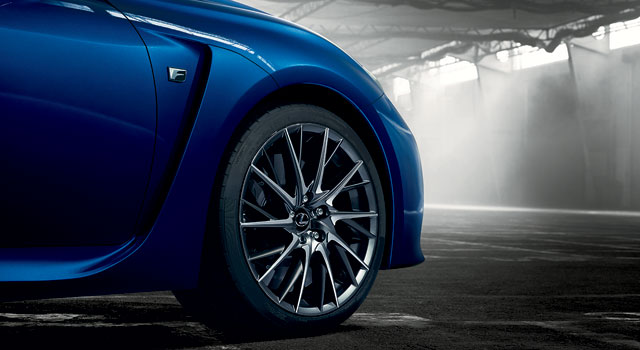 “More than 450 horsepower” – or 335kW – is the inkling as to the new car’s performance. But even that number is due to change, with engineers still working on enhancements tipped to add another 10 or 15kW.

Lexus boss Mark Templin says them secrecy is because the engineering work is still being finalised.

He also reiterated the emphasis on this performance car was not on the numbers.

“It’s not about zero to 60 or zero to 100 or braking from 100 to zero or any of those, it’s when you put all of those things together to make it the most balanced car is what they’re trying to create, not the fastest or the one that will go around the corner best, it’s about balance of all of those things.”

(For reference, the kW power numbers above convert to between 463-470 horsepower.)

In my discussions with Lexus executives at the Detroit Auto Show, the RC F’s final horsepower figure depends on balancing power and fuel economy — I’m expecting a pleasant surprise when the final numbers are released.

All I know is that with this new V8 540 PS, without forced induction are possible, as on the RC F GT3, which is based on the RC-F, unlike the RC F GT500. And knowing the Lexus RC-F will be used in many motorsport categories, it will be a true practical sportscar with real motorsport connection, and many improvements over the years, like the GT-R. M4 has no chance, if M5/M6 is any indication.
As much as Lexus says they aren't chasing numbers,thats what gets headlines and therefore sells the car, if its behind its competitors in key areas it will never be taken seriously as a challenger, much like the ISF.
I like that range, but of course 470 would be fantastic and irrefutable... Fingers crossed
instead of bhp they should crank that torque too 400 too.

Dude, you cant just "crank that torque". BHP IS torque but With the factor of time present.
It is not a truck that needs to haul heavy loads. Peak torque means absolutely nothing. It is the torque across the entire rev range that matters all the way to high revs

Actually when converting 335 kw to metric horsepower it comes out to be 455 hp. That's unless there's a difference between metric and imperial horsepower that I'm not aware of.