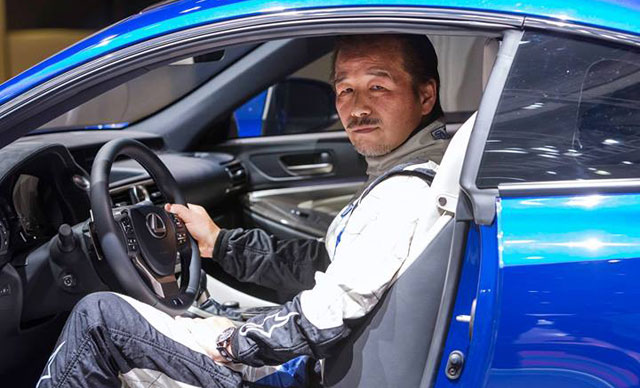 The final interview has been posted by Lexus Europe — here’s some of the questions Yaguchi-san answered:

Erich Kerner: Is the RC F Coupe developed to add a convertible in the near future?? Keep up the great work Lexus!!

Yukihiko Yaguchi: Thank you! We do not discuss future product development plans, but the new RC F is incredibly strong so a convertible would be possible.

Abed Haj Yihia: Why is the RC F so heavy? Because of its weight the IS F was beaten in every comparison against the M3.

Well Abed, firstly, a lot of strengthening was required to meet very strict US crash requirements. However, this strength (in the form of extra thick rocker panels and use of body adhesives for the chassis) make the RC F great fun to drive. And it is worth remembering, even the LFA looked a little heavy on paper, but proved to be one of the best cars ever built. 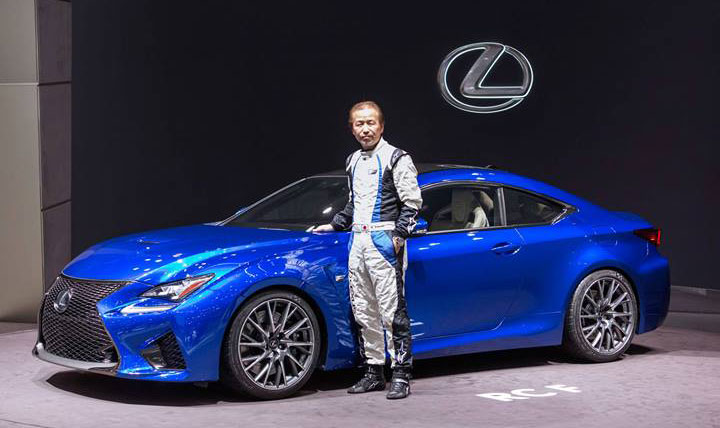 Jethro Hayes: Is there going to be a RC F CCS-R?

Good question, we are thinking about it (smiling).

Jethro Hayes: Is there going to be a GTE racecar for Le Mans?

We are thinking about this too (still smiling).

Where is the full inteview? If I go to Lexus Europe link as written in the article, it shows only 3 questions. I want to read the full interview. Please let me know where can I find it. Thanks.

They haven't made it easy :( If you go to Facebook and search for Lexus Europe they have posted the interview across multiple pictures. I'll try and grab the text out
Sorry no can do, i can't select the text or even forward it :(
Perfect. Thank you. I can read the whole interview now that I know they put it with pictures. Thanks.

Coupe automatically does not mean lighter. A coupe is technically a sedan minus two doors. RC has more mechanical equipment for handling such as, 4 wheel steering and torque vectoring differential. IS is built on a different platform so you cannot compare an IS to an RC.
Those two extra doors of a sedan that you are talking about(like it's nothing) has a massive impact on the ability to make a rigid bodyshell. A coupe should be easier to make liteweight.
You answered your own question. Not having the two extra doors requires added chassis reinforcements in order to make the body shell more rigid with the absence of the B-pillar. It is silly and nonsensical to expect in these days and times for a coupe to be lighter than a sedan. Even the E90 M3 and E92 M3 sedan weighed within 50 lbs of each other. It is the same for the C63 where the coupe is heavier than the sedan. BTW, there is no currently sedan counterpart for the RC-F. It is a stand alone model that has its own unique chassis and suspension.
I did not have a question so I didnt answer it. I tried helping you With Your misundarstandings, see. Not having two extra doors doesnt ruquire extra stiffenig, no. Its the lack of the extra doors(or the holes for the doors more exactly) that makes a coupe naturally stiffer(except the bloated RC-f).
you not listening. RCF have more technical staff then the IS Fsport. it a big bang 5liter V8, toque venturing differential and a sofisticated rear wheel steering, it even have motors to raise that rear spoiler. it might be hevy then the M4, note; the M4 have none of these technologies. so dont be fooled by weight
It's important to remember that the we have no current-generation IS F sedan. The current IS F we have is based on the previous-generation model. Also based on what the Chief Engineer of the RC F has said, the RC F (and RC platform in general) is exceptionally stiff. Also similar to what the Chief Engineer has stated, the LFA was criticized for having a high weight on paper too. Yet anyone knowledgeable about the LFA, or having been lucky enough to drive an LFA, knows just how well the car performs and handles. It performs and handles as if it's much lighter than it's weight on paper suggests. Criticising the RC F for it's weight on paper is far too simplistic. I'm sure Lexus thoroughly looked at the benefits versus trade-offs of adding certain features or characteristics that increased the weight. Many factors go into a car's handling and performance, far more than simple weight on paper. Things like weight distribution, moment of inertia, center of gravity, instant center of rotation, torsional rigidity, stiffness, minimal weight transfer via centrifugal force during cornering, Chief Engineer Yukihiko Yaguchi mentioned that some members of the LFA team worked on RC F development, so that right there should give you high confidence the RC F will exceed many people's high expectations.