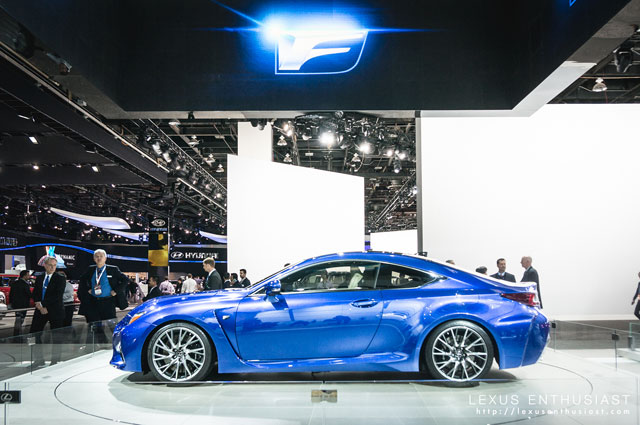 Lexus revealed the RC F coupe at the Detroit Auto Show last month. It’s the brand’s first high-performance production car since the release of the LFA supercar in 2010, and will play a leading role in the brand’s new “fun to drive” direction.

While much of the RC F still remains a mystery, here are some thoughts on what we know so far — namely, the exterior & interior design. 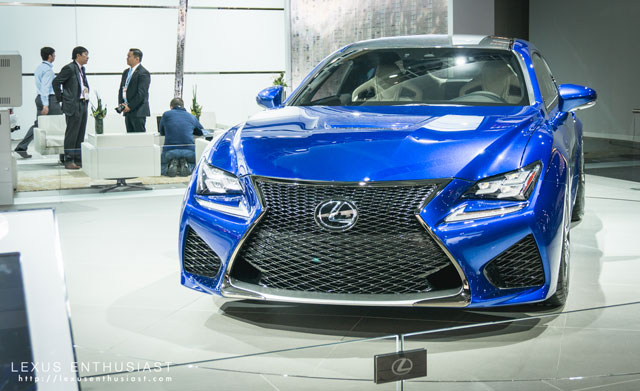 Let’s start with the front end, which is (literally) the biggest thing about the RC F. I don’t say this lightly — the RC F spindle grille is the best expression of the new Lexus spindle grille yet. I would chalk this up to the RC being a brand new model, with no need to show any transition from a previous generation. 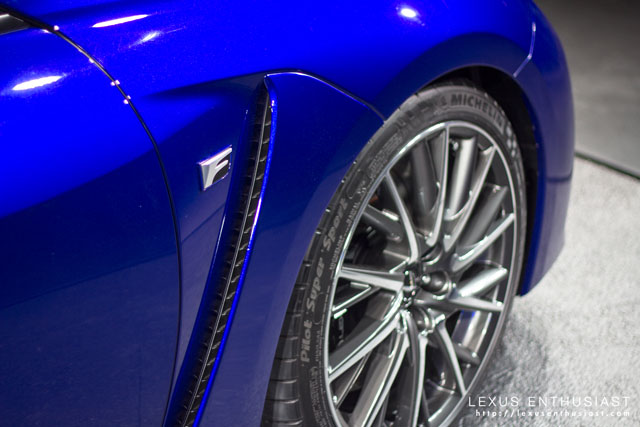 Compared to the IS F, the RC F has an enormous advantage when it comes to exterior design — the standard RC & the high-performance RC F were developed simultaneously, and all of the design/performance enhancements like the raised hood and the front fender vents flow smoothly into the overall design.

If there is a downside to this tandem design, it’s that the RC F looks significantly better than the standard RC. My hope, and it’s likely well placed, is that the RC F SPORT will bridge the gap when it debuts in Geneva next month. 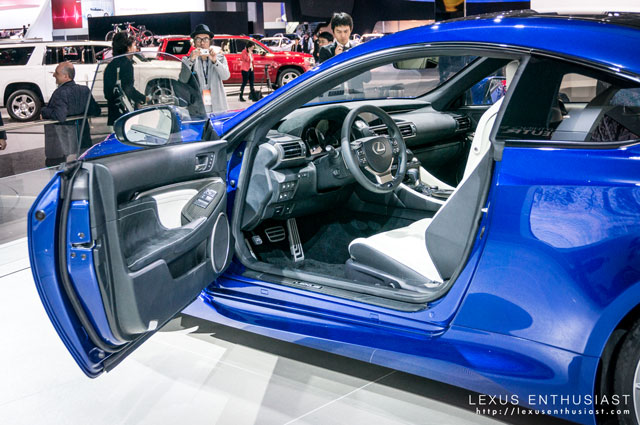 I did manage to sit in the RC F for the briefest of moments, and I can confirm what everyone is thinking — the new seats are amazing.

The carbon fiber interior trim connects the inside of the car with the outside, but the rest of the interior mirrors the standard RC, which in turn is deeply inspired by the latest IS.

It’s impossible to talk about the interior without mentioning the instrument panel — it’s an absolute showstopper:

While the dash is similar to IS & standard RC in drawing its inspiration from the LFA, the RC F takes things to an altogether new level — the depth of information and clarity of presentation sets a new standard for Lexus instrument panels. 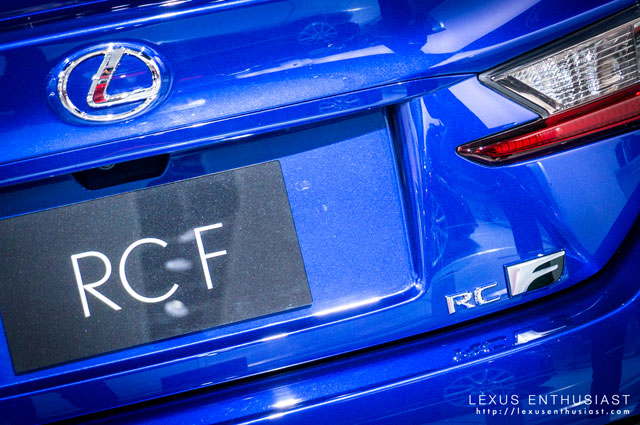 At this point, it’s only possible to talk about the RC F performance in the abstract — right now, we know that the 5.0L V8 engine will be pushing out more than 450 horsepower and 383 lb-ft of torque, all while adopting a dual Atkinson/Otto cycle to maximize fuel economy and performance.

How the car handles may be the bigger mystery, but the prevailing question is just how much over 450 hp the RC F will be — the lack of a final performance figure ties in directly with fuel economy and final EPA numbers, but the key words I heard in Detroit were “significantly more”. 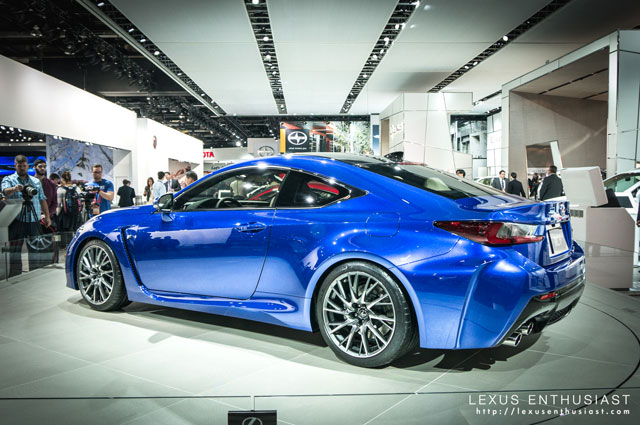 The first reveal of a vehicle is always a hard thing — the exterior & interior are the only known quantities, and this is only part of car’s makeup. How does it perform on the track? Is it fun to drive? These are questions yet to be answered.

And yet, summing up the RC F in a single word is easy enough: confidence. The design is bold and uncompromising, but with a maturity that shows that Lexus designers are now very comfortable with the new design direction.

Lexus has learned a great deal in developing the IS F & LFA, and the RC F is the next logical step — building performance credibility is a key driver in the direction of the Lexus brand, and the all we can say right now with certainty is that RC F looks the part.

(A quick note on the timing of this story, now over a month after the reveal in Detroit. I was asked to write an article about the RC F for a Lexus publication right after the show, and needed to take some time to ensure the two stories didn’t overlap too much.)

Special thanks to Lexus Canada, who graciously covered my flight and accommodations during the Detroit Auto Show.

Although the difficulties of creating some of the lines on the vehicle has been mentioned, I hope they do not tone it down too much. The latest IS has some pretty aggressive/sharp lines, so I'm not entirely convinced it cannot be done (might be a cost issue). The RC-F in Detroit was literally a prototype. Plastic windows and all.

Both the RC and RC-F models that were debuted at Tokyo and Detroit, respectively, are production ready.

The concern is the 4000 lb weight (400+ lbs over an M4) and how physics negatively affects driving dynamics but if the IS is any indication, we can expect great things.

Another thing I noticed. The acceleration time 0-60 in the Gauge Demo video was about 5.4 seconds. Hopefully that wasn't a full throttle acceleration demo since this car needs to be in the very low 4s to be even closely competitive to the M4's high 3s.

Unfortunately the ISF is getting phased out, hopefully to be resurrected in years to come when everyone grows tired of the aggressively wide grills that seem to be popping up everywhere....

Beautiful, bold, aggressive. So many superlatives to describe this coupe!