END_OF_DOCUMENT_TOKEN_TO_BE_REPLACED " /> More Details on the Lexus RC F | Lexus Enthusiast
Menu
Log in
Register
You are using an out of date browser. It may not display this or other websites correctly.
You should upgrade or use an alternative browser.

Exciting information ahead — Automobile Magazine has published an in-depth feature on the Lexus RC F, with a gallery of exclusive photos — let’s start off with a selection of images: 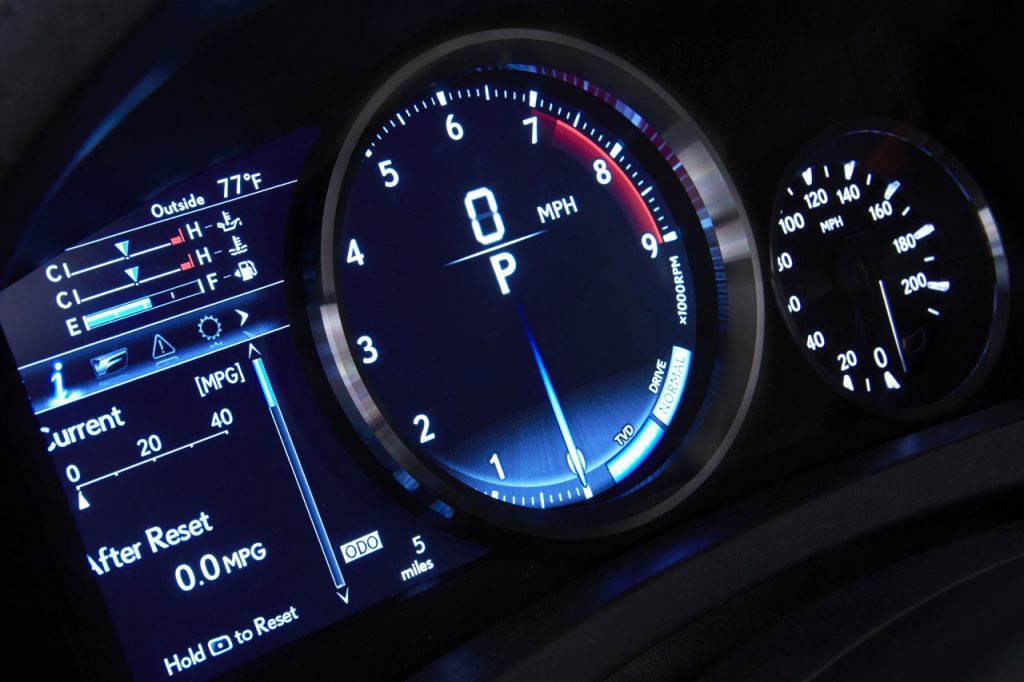 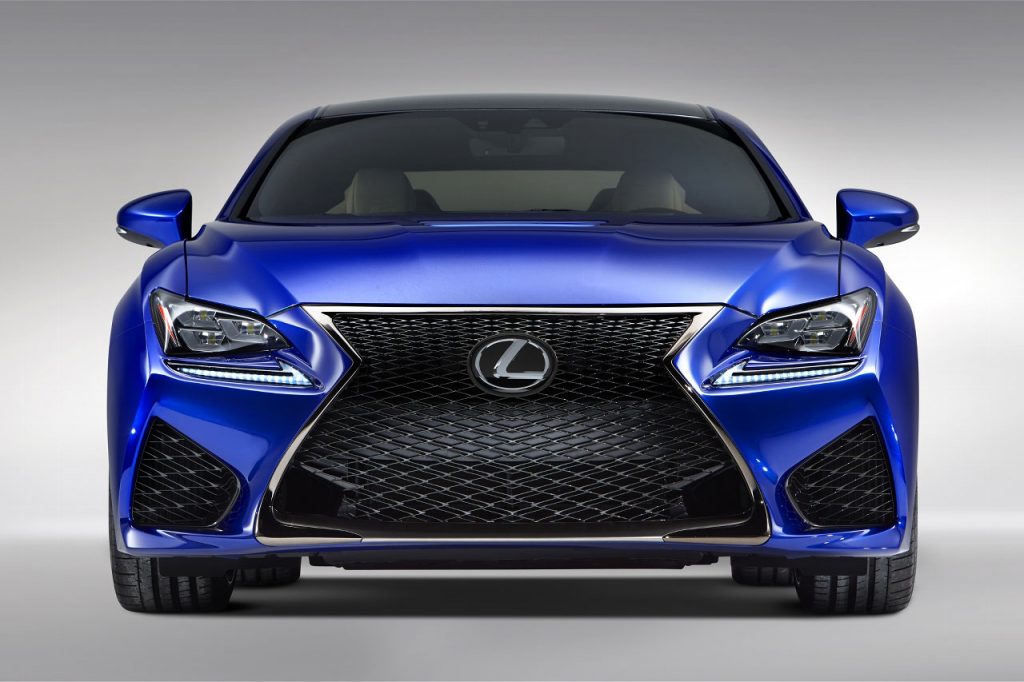 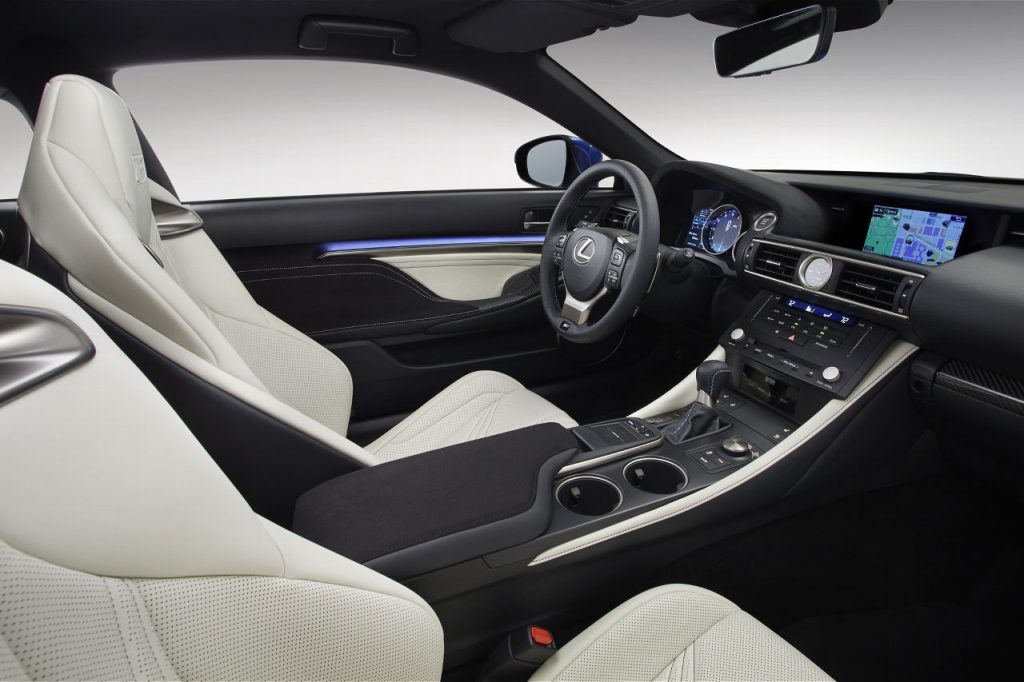 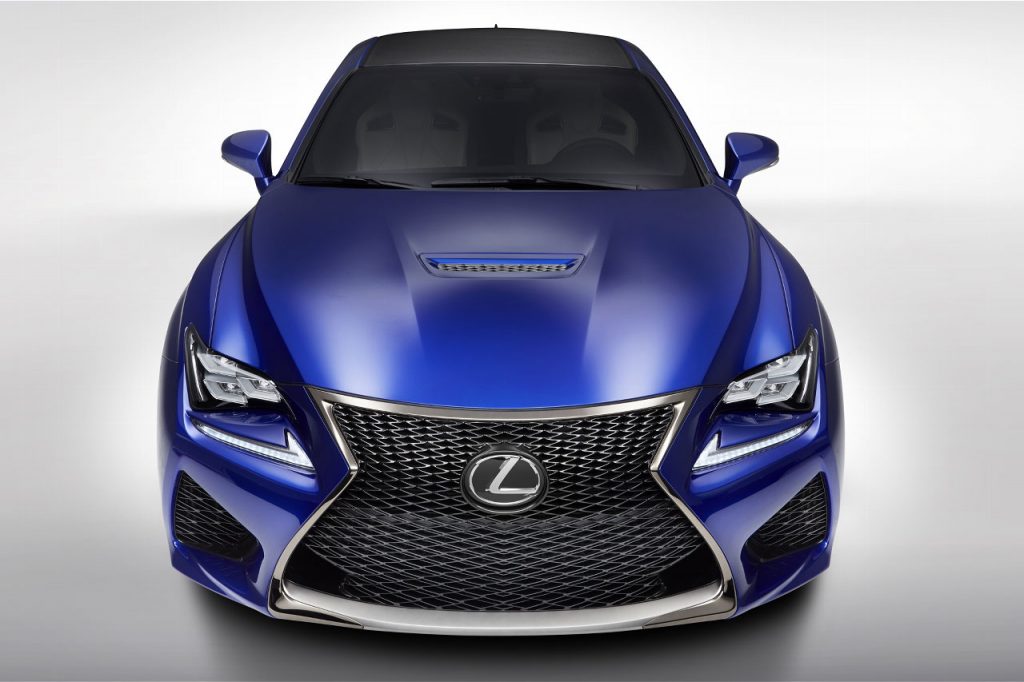 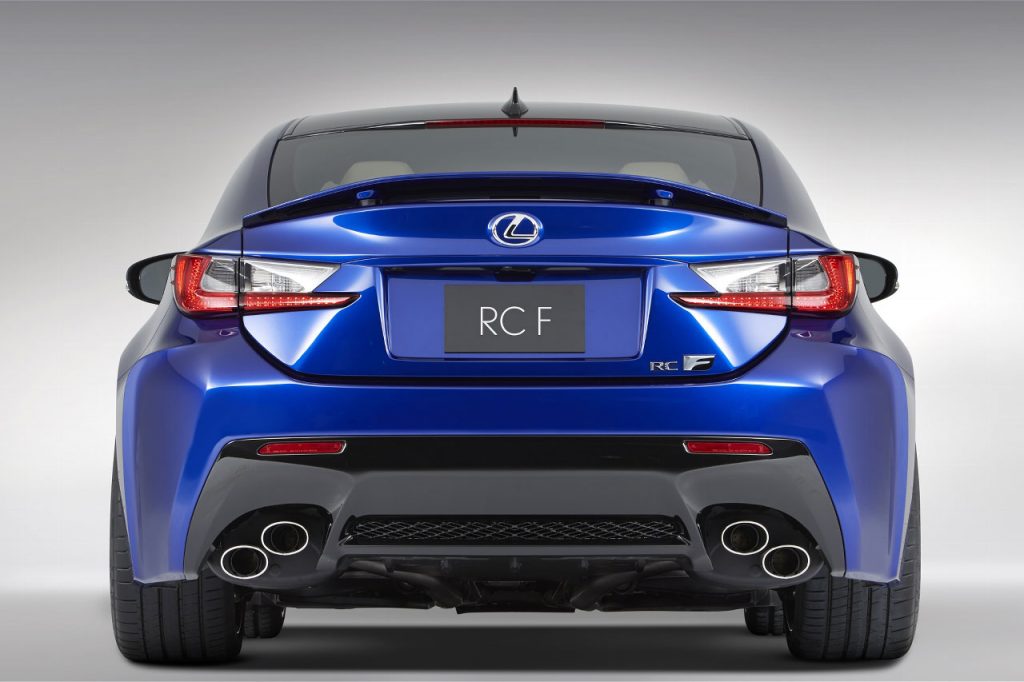 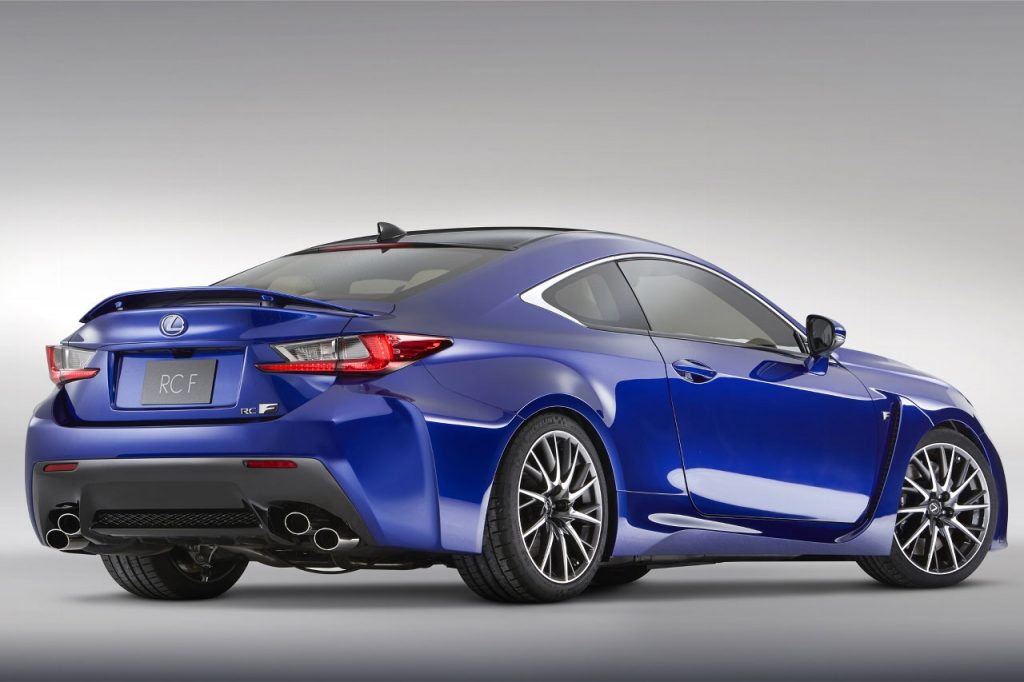 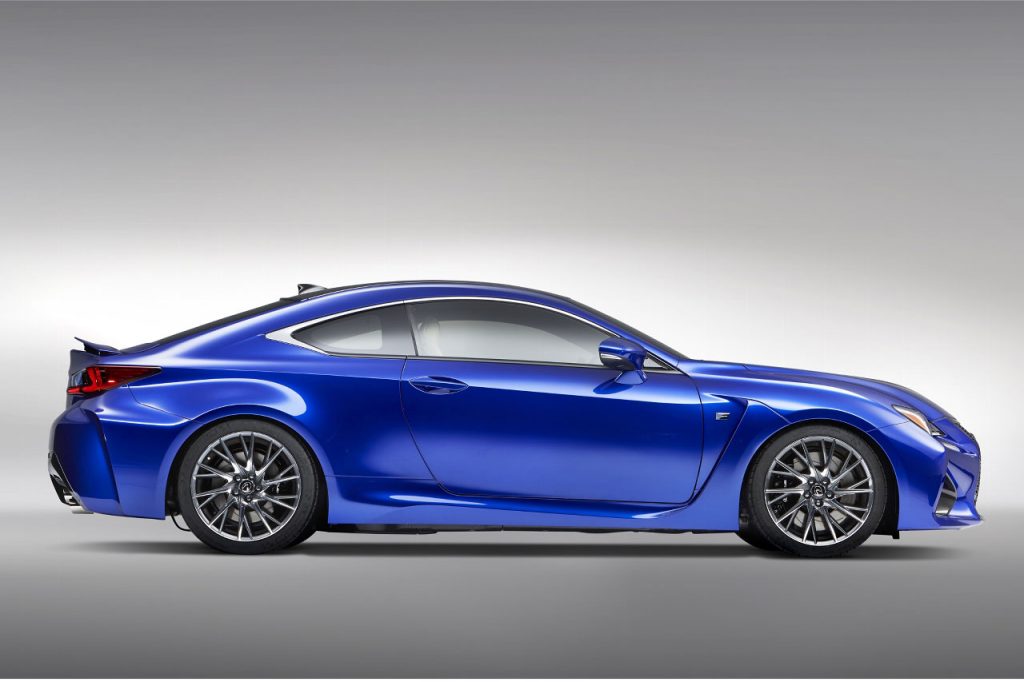 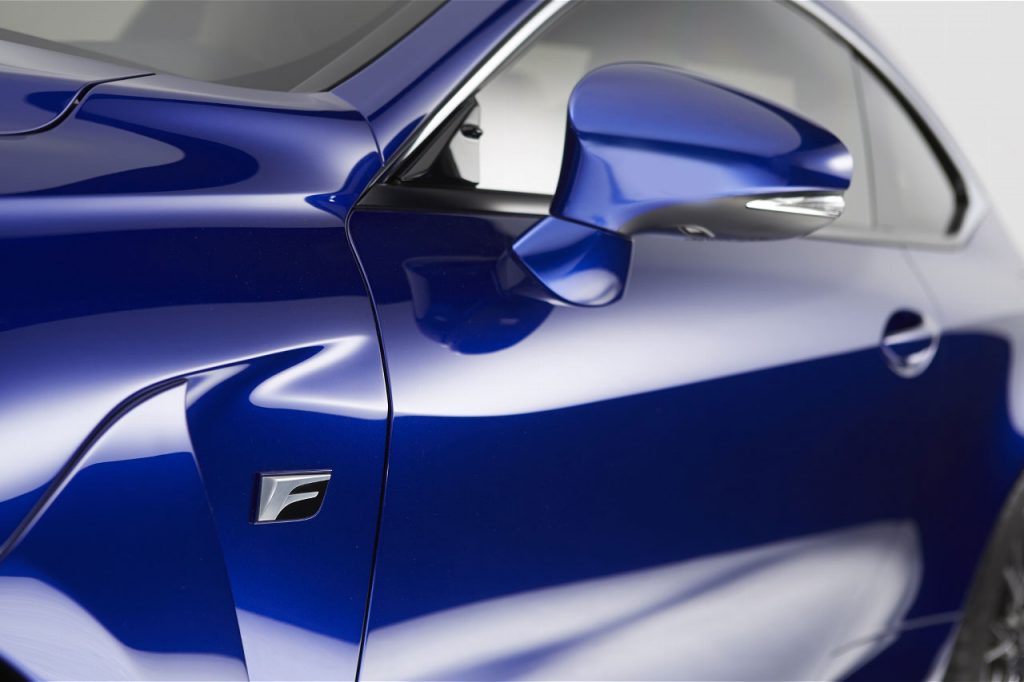 Automobile Magazine confirms that the RC F will have the same 5.0L V8 engine as the IS F, though it’s been deeply revised and bumped up to over 450 hp and 384 lb-ft of torque — total vehicle weight is “a rather husky 3970 pounds”.

The transmission remains an eight-speed automatic, though much like the engine, it’s been updated:

It’s calibrated to lock up in second gear and above for crisper response, it delivers gear changes from the shift paddles in less than 0.2 second, and it blips the throttle automatically for quicker downshifts. Just as important, the electronic programming for the transmission, chassis, and stability control includes no fewer than three modes suitable for track driving, plus there’s an optional torque-vectoring rear differential.

The array of sensors that operates stability control even includes a rear-ride-height function for those times when, you know, the car is airborne after crossing a crest at the Nordschleife.

Read the Automobile Feature on the Lexus RC F

GUYS LOOK ON THE LEXUS INTERNATIONAL WEB SITE AND GO TO THE RCF MODEL INFO. IT STATES THE ENGINE POWER IS WELL ABOVE 450 HP AND "the most powerful V8 engine ever developed by Lexus" link: http://www.lexus-int.com/models/RC-F/
Why were so many design teams working on the project? And why weren't they allowed to talk to each other?
Motortrend says 480 hp, Caranddriver says 460 hp, and Automobile mag says at least 450 hp.... soo whats the real number?

The 4000 lbs weight is a huge let down. It is such a good car. Great shape, great engine, great chassis, but why could Lexus not keep the weight under 3700 lbs? Very disappointing.

Dont put the weight as an issue it could still handle very well.
It won't keep up against an M4 on track. RC-F is too heavy, disappointing! Otherwise I find it better than the M4 in many aspects.
I agree. Even with a great suspension, heavy weight is a huge liability since the heavier the weight, the more inertia the car needs to overcome that increases exponentially as the speed increases. For example, a heavy pig like the Nissan GTR at 4000 lbs would handle like cr*p if it did not have electronic gizmos working overtime to get the car to overcome laws of physics.
It wont keep up ? Want to place a money on that? If this thing will have 460+ hp it will keep and and pass the M4 on the track.
M4 engine is highly underrated, it has at least 450 PS. M4 weighs 300 kg less. M4 has more torque because of turbo. If RC-F is more than 100 kg heavier than M4, it won't keep up. And comparing last M3 and IS-F, it is also just for that reason, that the IS-F being about 100 kg heavier, has a lot more torque and that is why it manages to keep up or even beat the M3. I'm not placing money, but I wished I would lose.
Im pretty sure Lexus wouldnt go thru all this trouble developing this car to let weight be a factor in slowing it down. This is the NEW F model and Lexus used the ISF as a benchmark in making this car so thats the fact and it will be faster then the ISF more power and better handling then the ISF so I still believe the M4 wont out run the RCF
And the IS-F could never beat the E92 M3 on the track. Using the IS-F sets a pretty crappy benchmark, considering the new M4 is around 3300 lbs.

dat active rear wing :) but why no fogs

and is this and the normal rc the lf-lc or is it going to a whole different car? so many resemblances with the both of them
Whining over fog-lights again, huh? What is With visitors of this blog, its borderline insanity. Who cares about fog-lights?! Car looks better without them!
Fog lights come on the RC but because of the mesh grille on the F-Sport they're left out.

Were the "stylists" (I use the term loosely) the same people that created the monstrous Lexus NX SUV? Having started well, Lexus external styling has gone off the rails in recent years, and the deterioration has accelerated recently. I despair!
Lexus keeps getting better and better. This car is out of my price point for sure.
Disappointing that it will be fat and heavy. Most certainly off the pace of its competitors M4 and C63. Also a not a cohesive design, coupes are meant to be elegant, not a mashed mix up different angles. I love Lexus, but they always seem be a step behind in a lot of areas.
Awesome new gauge cluster, power numbers, and overall styling, but weight is worrisome and those machine-finished multi-spoke wheels... (ugh).

I dont think the weight will be a issue.. great power and a great suspension can easily overcome that and make the car dance. But i do agree the wheels I find ugly. The LFA and ISF have wonderful looking wheels.
I don't think any of you have a clue. Have you seen this RCF race around The Big N Ring. This is a machine that will 100 % out handle the BMW . The weight issue might actually help with the wider wheel base and from what I have heard from a inside source the HP could come in between 480 and 500 HP and the Torgue over 415. With gearing and how this transmission is set up along with the HP and Torgue gains it's going to surprise so many people. Btw just because some of these cars does 0 to 60 faster doesn't mean it will out run it. I gear a ISF to do 3.5 seconds so BMW and AUDi and The Mercedes will be upset at the end of the day because this car handles like a LFA

Here's a sneak peak video of the RC F by AutoGuide.com: http://www.youtube.com/watch?v=i-McTgI6rec
The seats are directly from LF-LC and the gauges are just amazing

Yep. The car is an interpetation of th LF-LC(not the LF-CC) and thats why the interior is so similar.
No I have a solid words that rhe LF-LC interpretation will be a 2+2 luxury coupe aka SC to be CL / Continental GT competitor With the same words Lexus working in another 3 cars The BMW Z8 and Toyota Mirai brother aka SL /911 competitor The LFA-II Small coupe to go with the Z4 / SLK
Nope. You're wrong. The RC range is based on the design-elements of the LF-LC, visible even in the interior on this car.

It's pretty good, I was expecting a little better on those air dams on the front bumper and whats with the dinky rims??!?! But overall, a nicely done car inside and out + the engine to back it up!
Ugly and overweight (almost 700 lbs heavier than an 2015 BMW M3/M4)? That makes it a double threat..... BD
Looks good from the video just not happy with sideline from profile coming from the taillight like with IS thought it would part of the design. A rough breakdown of specification between the RCF and M4 V8 vs I6 Twin turbo 343kw vs 317kw 520 N.m vs 550 N.m 1800kg vs 1483kg these specs could change when both cars get officially launched at the Detroit Auto show.

Expect the RCF to have 480hp which is 358kW and at least 543 N.m And it should be lighter than the ISF
How do you know that BMW didn't give us the dry weight instead of the curb weight

Does anyone know if there is going to be an RC F Sport? Because I'm sure the RC F will be out of my price range!

The factory needs to take the Takumis from the LFA production shop and get ready to rumble....
Should Lexus build another LFA?