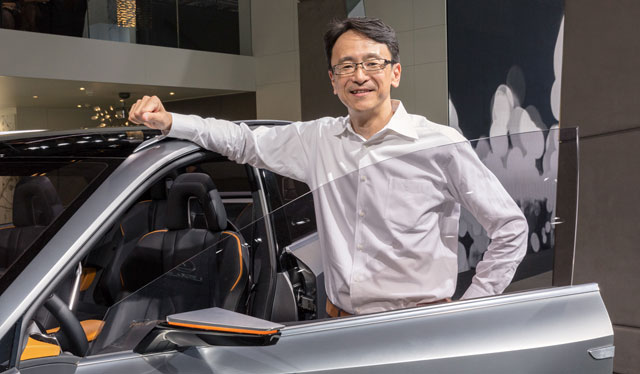 Lexus LF-NX project manager, Takeshi Tanabe, was in Frankfurt to attend the worldwide debut of his new concept, so I sent along some questions to Lexus Europe for a five-question remote interview.

Kevin: The LF-NX is so aggressive, so angular — how does this new exterior design work within the L-FINESSE language?

Takeshi Tanabe: The LF-NX concept is still very much influenced by the Lexus L-finesse (L = leading edge) design language that we’ve been evolving for nearly a decade now.

Despite the very expressive (I prefer to say ‘expressive’ rather than ‘aggressive’) cutting lines in the bodywork, you’ll also find softer, complementary curves around areas like the fenders. These contrasts are key to Lexus styling. You will also see them inside the car, where soft leather padding juxtaposes with machined aluminium.

You’ll also notice familiar Lexus ‘J-factor’ (= Japanese heritage) elements like the arrowhead features on the window mouldings or the LED daytime running lights that actually pierce through the front moulding. 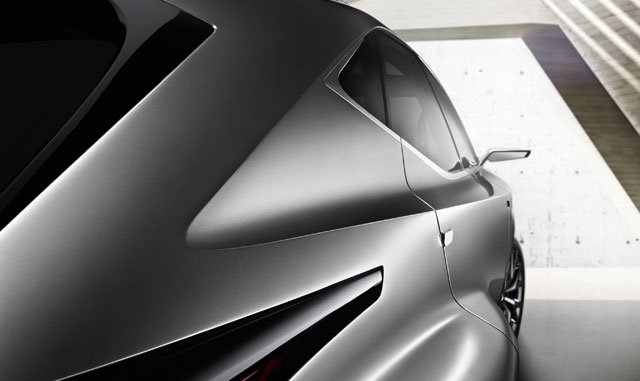 In a recent interview with Mark Templin, he explained that Lexus designers have a new level of creative freedom — how did this affect the development of the LF-NX?

Yes, the idea of creative freedom is very true for this car too. This approach started with the LF-LC 2+2 sports coupe, where top management gave the Lexus design team an open brief to really push the limits of Lexus concept car design. The LF-NX carries this approach forward.

We want design that thrills, design that excites and design that is controversial. We want cars with attitude that turn heads and create desirability amongst customers. 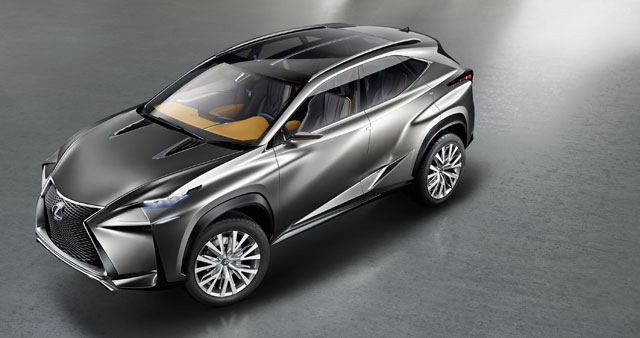 For the LF-NX concept we were determined to create a younger and sportier design. My team wanted a lean and tough medium-sized crossover rather like a featherweight boxer. This is why we cut away the cabin sides to give a muscular and sculpted form. 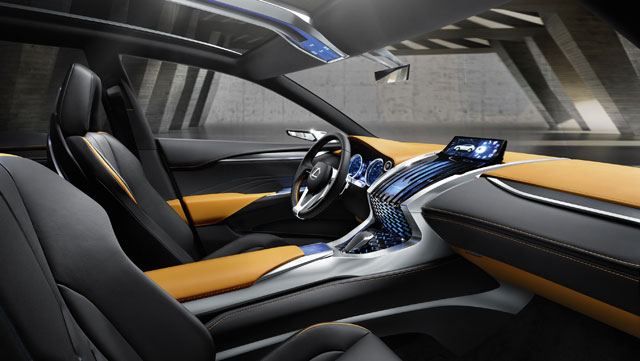 The interior introduces some new technologies, like the next-generation Remote Touch & even the responsive lightshow when clicking a button — how close are these technologies to a production Lexus?

Remote Touch with a finger pad could well be seen on Lexus production models some time in the future, although obviously I cannot say when.

Inside, the HMI (Human Machine Interface) architecture has been moved one step forward too, so the LF-NX driver gets the feeling of connecting with the central nervous system of the car. The lights on the centre console create the impression of information pulsating from your fingertips into the central control centre of the car. With it, we try to simulate an even closer connection between the driver and the car.

My personal favorite detail inside is the interior rear view mirror, that was inspired by those on racing cars. Interestingly, the overall geometry and proportions of the interior are very similar to our latest driver-focused cockpits. 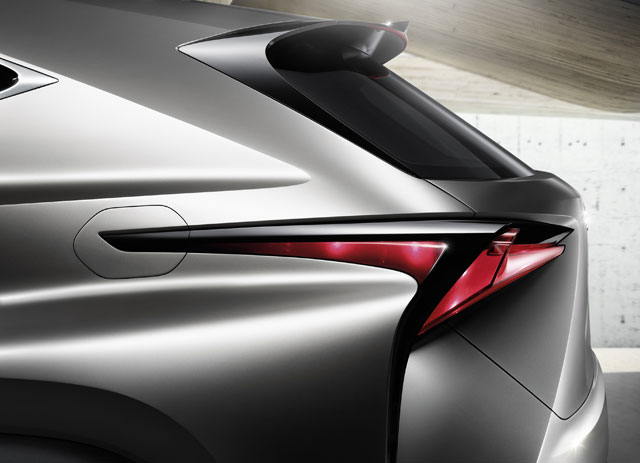 How do the rear combination lights work? It appears there’s a moving design within the glass housing.

This is a special projection effect we developed for the LF-NX concept car, to compliment the lighting effect inside the car. 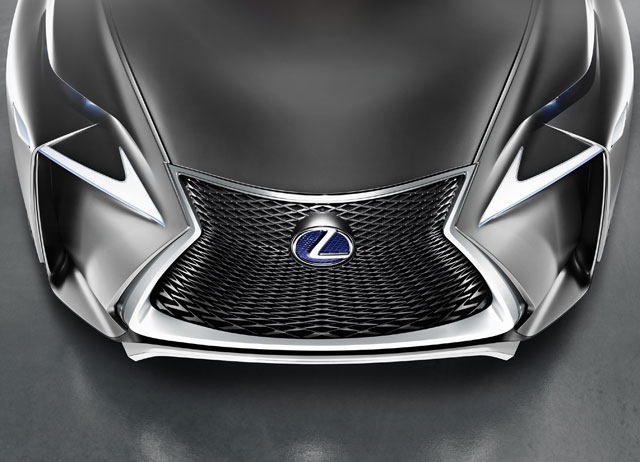 Final question — the general reaction to the concept has been split, did you know how polarizing the final design would be?

Actually, we were very much hoping this would happen and are thrilled that the LF-NX is now being discussed with so much energy in the media.

Reading the blogs and posts about the Frankfurt Motor Show concept cars, we see many people are already connecting with the concept in an emotional way. Rather like when you visit an art gallery and discuss a painting – some like it, some don’t.

Special thanks to Tanabe-san for taking time to answer my questions, and to Lexus Europe for their assistance.

The LF-NX did it's job perfectly It got The People's attention, and got them talking about it. Well played, Gentlemen! BD
Please keep the frameless windows!!! That would look so awesome!!!