The fifth and final Lexus Short Films feature has been posted on Youtube — this is A Better Tomorrow, directed by Mitsuyo Miyazaki:

I can say without exaggeration that this was my favorite film of the bunch — the story is emotional and inventive, with plenty of layers condensed into such a short time. Best of all, the animation sequences directed by Koji Morimoto﻿ are wonderful, if only because of this: 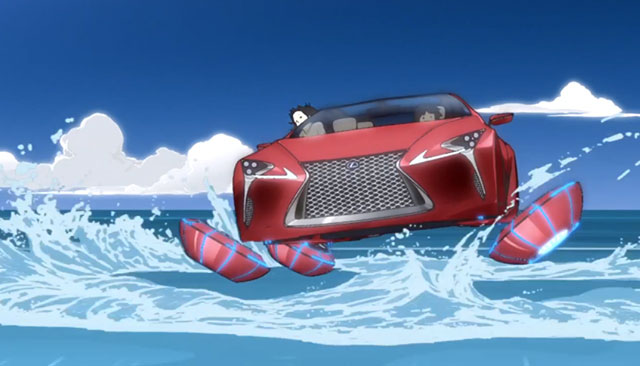 (Not to go too far afield, but Morimoto’s chapter in the 1995 film Memories is an amazing piece of work — it’s on Youtube, should you be interested.)

This film is a collaboration between Lexus and the Weinstein Company to showcase up-and-coming directors and their artistic vision. This is the final feature to be released online, the rest of the films can also be viewed on Youtube.