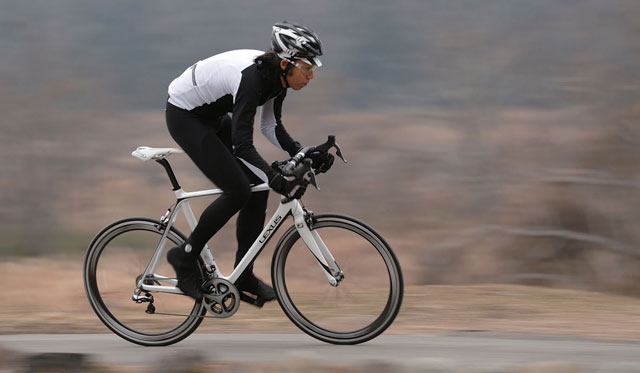 After posting photos of the new Lexus F SPORT road bicycle, there were a number of reader requests for more details — I asked around and found some answers.

How much does the F SPORT bicycle cost?

How many bicycles are there?

100 bicycles were built in total, and each Lexus distributor was allowed to order one bike. Approximately 50 distributors ordered a bike (as an example, Lexus Philippines just received theirs).

How can I buy this bicycle?

As you can imagine with only 100 units in total, buying one of these bicycles is not an easy task. There are only two in the USA and one in Canada — all three are owned by the corporate office, and are not for sale.

There are other factors at work — selling a bicycle to consumers is not a simple matter, as each country has different safety regulations. That said, this bicycle can be legally sold in Japan, and Japanese Lexus dealers may be able to sell the bicycle directly to consumers.

Hopefully this answers the questions out there — I have no real insight on how Japanese dealerships would sell the bicycle, or if it would even be possible. To anyone serious about purchasing one, I wish you good luck!

My God, Lexus should stop making bicycles and short films and instead concentrate on IS-Fs.
Am I the only one that thinks things like this bike and the "Crafted by Lexus" nick-knacks are a complete waste of time and resources? We need coupes and F-variants of each car in the line up (ie AMG, BMW M) and here they are making *bicycles*.

I don't think they design this bike right? They just ask some mfr to make it for them using some of their materials.

Maybe Lexus is raising funds for further projects processing??
This is very good for lexus. look at how many things ferrari sells and it helps boast their emage
calm down guys, this is just a rebadged lex bike