While not Lexus specific, the Toyota Motor Corporation announced today that the entire company has now sold 5,000,000 hybrids worldwide since 1997.

The sales breakdown between Lexus & Toyota models was not made public, but Lexus USA did publish the following two infographics today on Facebook: 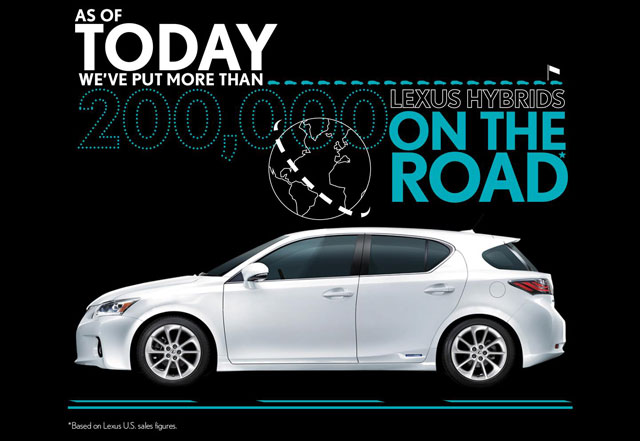 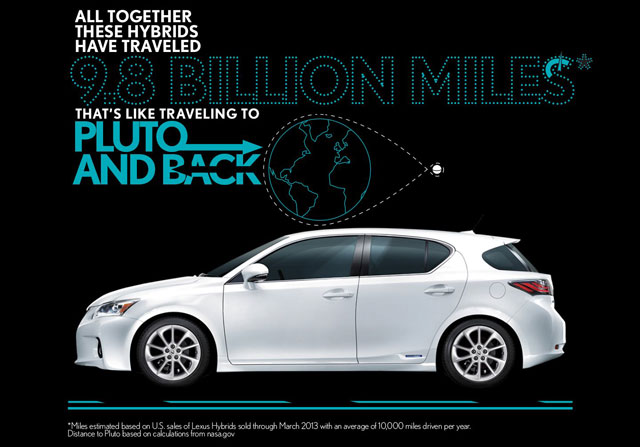 Other notable information from the press release:

Toyota and Lexus hybrid vehicles make up 70 percent of the U.S. auto industry’s total hybrid sales, while they account for 16 percent of overall Toyota/Lexus sales, both globally and locally. Total industry hybrid sales are roughly three percent of the nation’s car market.

Between now and the end of 2015, Toyota will introduce 18 new hybrid models and expects global sales of its hybrids to be at least 1 million units a year in the same period. TMS forecasts that about one-third of those will be sold in the United States.

I wonder if they'll ever be a LX hybrid?
Congratulations LEXUS ! and LEXUS will be the first Luxury automaker to have each Model available in a Hybrid Model as well as petrol in the very near future. another bragging first.