Lexus Europe has released a stylish new video introduction to the 2014 IS:

The chrome headlight washers and fog lights are two visible differences between the European model shown in the video and the IS F SPORT on display at the Detroit auto show — both changes can be seen in this screenshot: 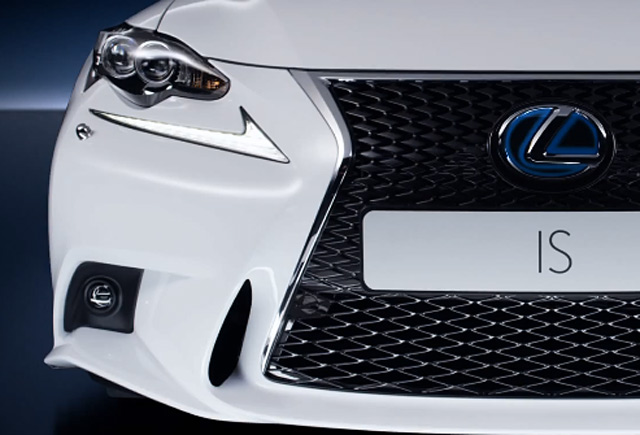 The raised chrome is an unconventional design decision, here it is from another angle: 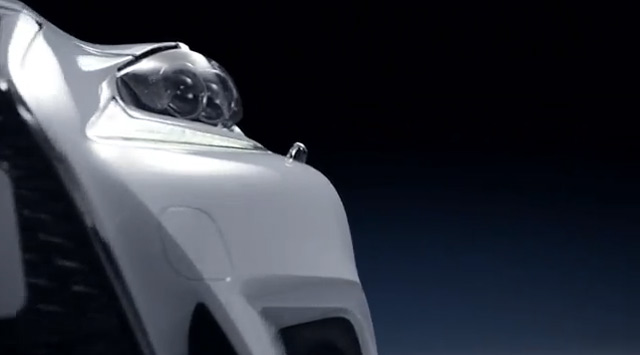 (There is one other significant difference with the European model– this is the Lexus IS 300h F SPORT, a powertrain unavailable in North America.)

very nice, but I hope the US version looks like this also..

All IS are RWD or has an optional AWD system.
That's what I thought.Thats why I don't get why the Hybrid IS would be competing with the CT & ES.Is that an admition from Lexus that they know that this is what we really want,but they're not going to give it to us because of $$$?

I definitely prefer the F-Sport with fog lights. Without them it looks like it's got quad brake intakes, which is a bit ricey imo.
So... They made the washers flushed in the new LS but not this newer IS?! Heck... In the original version of the previous generation LS, they were part of the headlight cluster!

Almost every model in the current Lexus lineup has disappearing/flush headlamp washers, albeit, not a standard feature. The exceptions for this are the LFA, and possibly the new ES (I have yet to see any headlamp washers with new ES), maybe someone can verify this for me.  So if these are really the headlamp washers to be provided, I can only justify the decision was made due to limited space in the bumper for the mechanics. Likewise, with the LFA it was probably due to reducing weight of unnecessary machinery, or limited space. With the first model to bare independent DRL LED lights, this lights might have taken up more space in the bumper.
I can't understand why lexus makes such a decision... The disappearing headlight washers are way better than these raised chrome washers and I don't think there is not enough space because of the DRL, look at other cars, sometimes it looks like  there is less space than here at the IS. I hope there will be an option for the 'normal' washers. But all in all a good car, It grows on me!! Can't wait to see the convertible and the IS F, hopefully with disappearing washers...

The washer looks like a mole on the face.
OMG this car looks epic ! so much strong design inside and out this is gonna be H O T on the street. I remember when the GS first came out people thought the grill was epic... this grill is badass. I want to see the car in other colors also
Driving the NX 450h+