Photo: Next-Generation Lexus IS All Covered Up

Lexus Magazine has posted a new photo of the next-generation Lexus IS, all covered up and ready to make its trip cross-country to Detroit.

Beyond the basic shape, there’s little visible — it’s worth highlighting this strong body line that runs straight through the trunk lid: 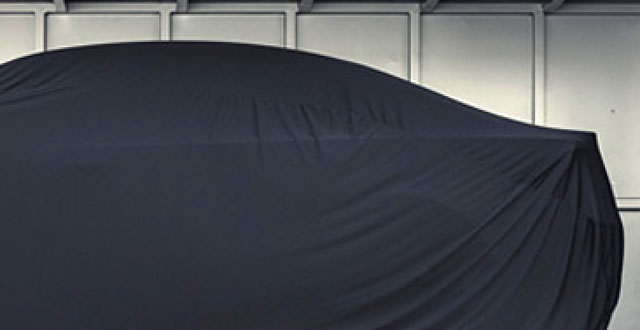 Not much longer now, the next-generation Lexus IS will debut at the Detroit Auto Show on January 15th.

Roughly two and a half weeks to go ! :D

that's two and half weeks too long!  Should be exciting!

IS.
I would take the 2013 GS!
Went with a 2012 Audi S4 due to the fact I LOVE MANUAL TRANSMISSIONS!! Sad to see the Lexus reliability leave our garage but this car is sick! the S4 that is.

Happy New Year! Some interesting lines going on at the front end..probably the rear too.
Anxious.
Love the strong shoulder character line front to back! BD
Please don't screw up the side windows too much :(
I'll also ask it here, sure it is the new IS and not the LF-CC? I am missing the doorhandle on the back. Also the boot somehow doesn't seem to correspond: http://s1.aecdn.com/images/news/gallery/medium/spyshots-2014-lexus-is-first-photos-medium_8.jpg

I see the rear doorhandle...... BD
I agree the front doorhandle is forward enough not to be the coupé, but I am seriously trying my best for that rear doorhandle. No luck yet :)  However, how do you explain the rear roofline?

Looks sexy under its cloak!...P.S.-hope everyone had a good holiday!
I really hope there is more models on the truck (F-Sport and Non-F-Sport, 250/350). That way the vehicle just isn't on the rotating platform and actually on the autoshow floor. Really need to be able to sit in each of the models and see the interior for myself.
Wait no longer! http://s9.postimage.org/4g114f63z/7_Ln_VN.jpg

Thats just a stupid Photoshop. It's amazing people still get fooled by this bullc*** still, in 2012, soon 2013.
The brake lights are all wrong; for starters.
LOL at two different rims !

Current IS has beautifull side windows. Not sure about this.

You havent seen the new IS' side windows yet, so you dont know if they are beatiful or not. I bet they will look great, when we see the car. The LF-CC is a perfect masterpiece and the new IS will have similar side-windows, so...

Lexus said the All new IS and IS F-Sport. Does that mean there will be no IS-F or are they going to reveal that later? I hope there is an IS-F!

IS-F couple more years.
Expected. The IS-F requires more work than the IS and will probably be released around the same time the GS-F(hopefully) is released or after. I've actually mentioned this a while ago. They can't just throw in the V8 engine and call it a day. They need to understand the implications of using the engine on that car. The driving dynamics are no longer the same.
I've stated my opinion before that there won't be an IS-F. Instead, it will be an RC-F released in due time with the upcoming RC model. All of the photos of next gen "IS-F's" being tested have been in modified IS convertible bodies, so you have to ask why test in coupe bodies. The latest M3, RS5, and AMG black C-series are all coupes. This segment has changed since the first generation IS-F. I don't think Lexus should follow this standard, but it would seem like the best move for Lexus if they want to compete in this segment.

the rear end light looks intense... could be a hit or a miss.. looking forward to seeing how it looks
I love the very defined shoulder line too! And I'm guessing the rear window/C pillar treatment of the new sedan will mimic the  LF-CC (which is absolutely gorgeous!). Lexus need a beautiful IS sedan so I'm hoping the front treatment wont be like the GS or CT.  I really like the spindle grille but feel there is something middle-aged looking about the GS and even more so about the CT. A sporty sedan comes from a beautiful shape - not just adding an aggressive front end and big air intakes.  Also hope the ride quality and bump absorption of the non F-Sport models is up with the competition. This has to be one of the most anticipated vehicle releases in Lexus history. For me, stylistically, the new IS is "make or break".  I'm picking it will be stunning!
The problem Lexus faces with this new IS generation is that the current one is just so perfect, from an aesthetically point of view.. Such perfect proportions http://en.wikipedia.org/wiki/File:2010-2011_Lexus_IS_350_(GSE21R_MY11)_Sports_Luxury_sedan_(2011-04-22).jpg

I agree with you! Apart from the rear door integration around the window/C Pillar, which I think is the least pleasing part of the design (interestingly it's the bit they chose to mimic on the CT), the rest of the current IS is just brilliant.  The new IS would be well served to be an evolution of the present shape.

Guys i am not that excited the 3rd Gen IS due to Chassis that will be used on the F-sport model,I mean the GT86/FRS peferected their Chassis why cant Lex follow suit or maybe i am jumping the gun here the CR-F sport will have that perfected Chassis from the GT86/FRS.

Because they are totally different kind of cars. The GT86 is mainly a sports-car, the IS is not.