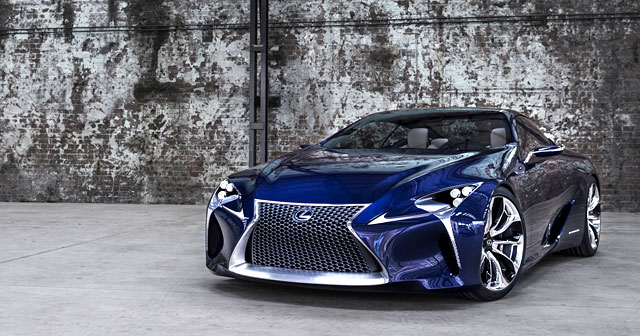 Now that we’ve read the press release about the Lexus LF-LC Blue concept that debuted in Australia earlier today, let’s jump to the full photo gallery:

When we first heard that Lexus Australia would be debuting a new version of the LF-LC, it was hard to imagine the concept in anything other than red, but this Opal Blue exterior is a total knockout.

(I like the story behind the color choice too — it’s based on the opal stone found in the Australian outback. Great touch.)