For my next photo set from the Detroit Auto Show, here’s a quick gallery with some Lexus LF-LC interior detail shots: 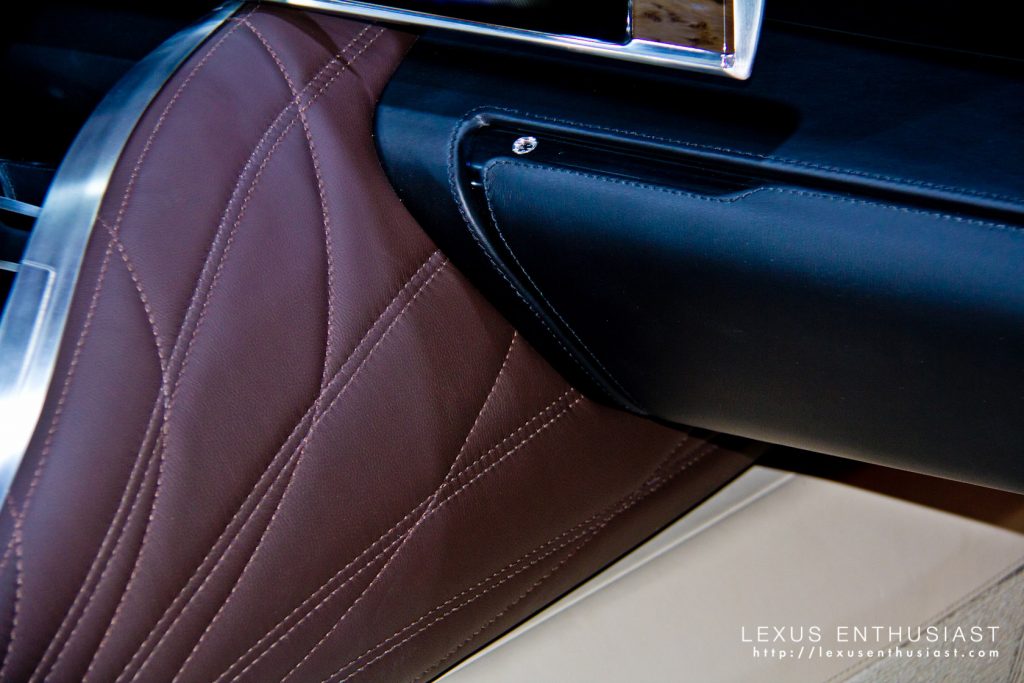 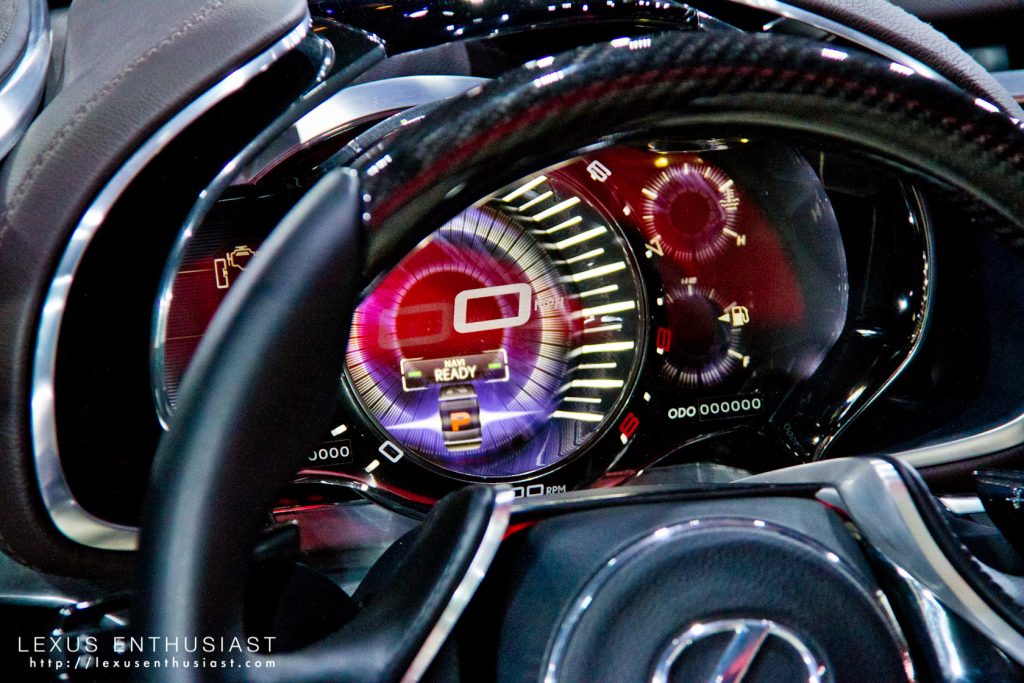 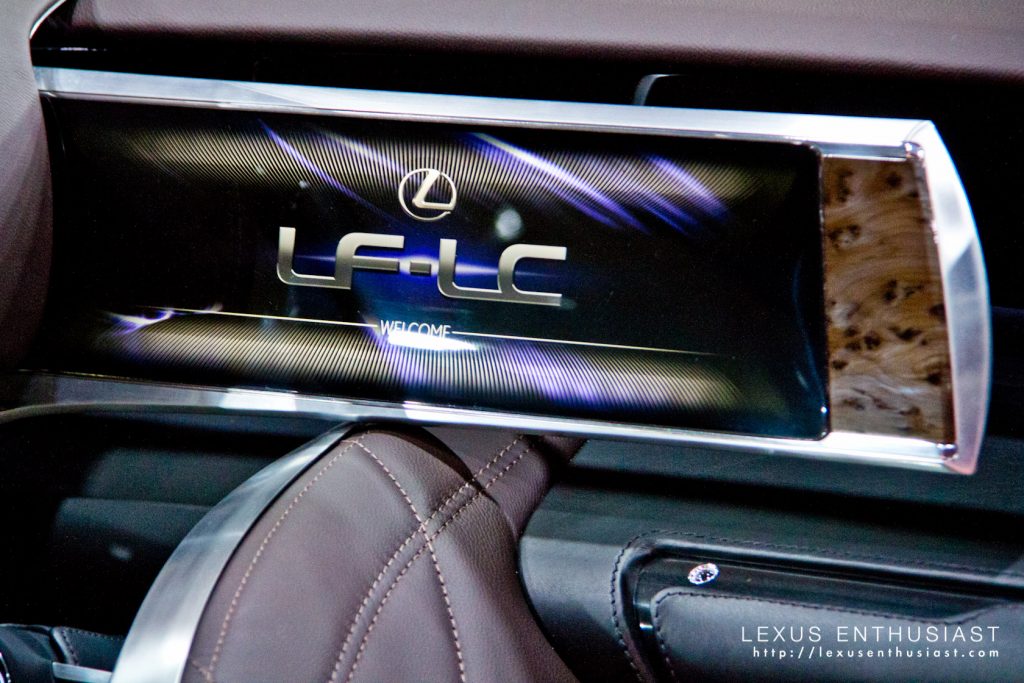 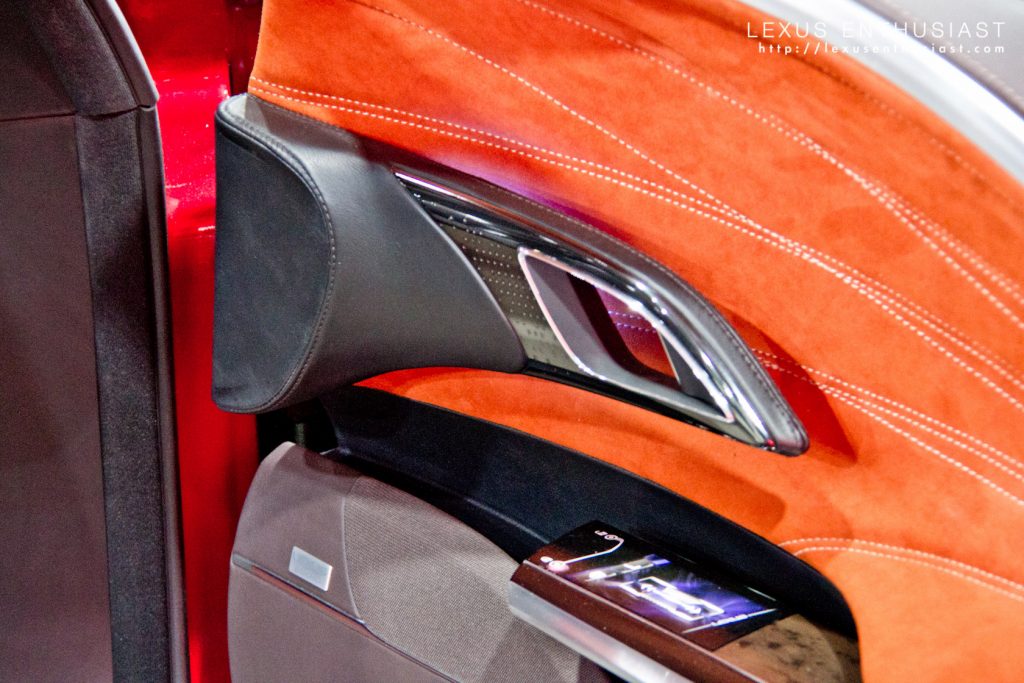 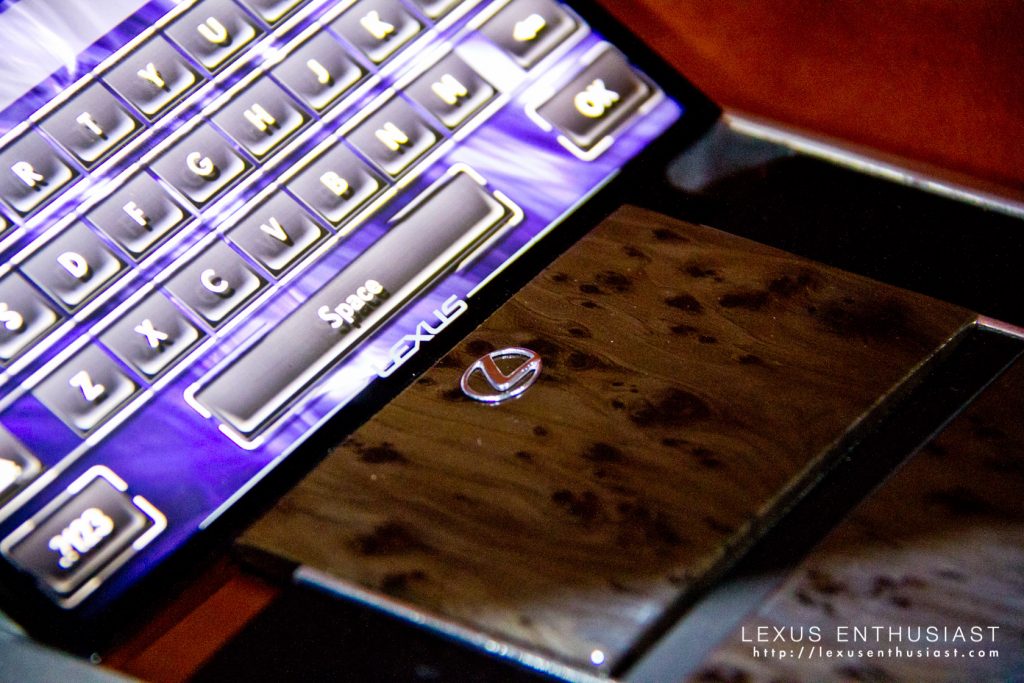 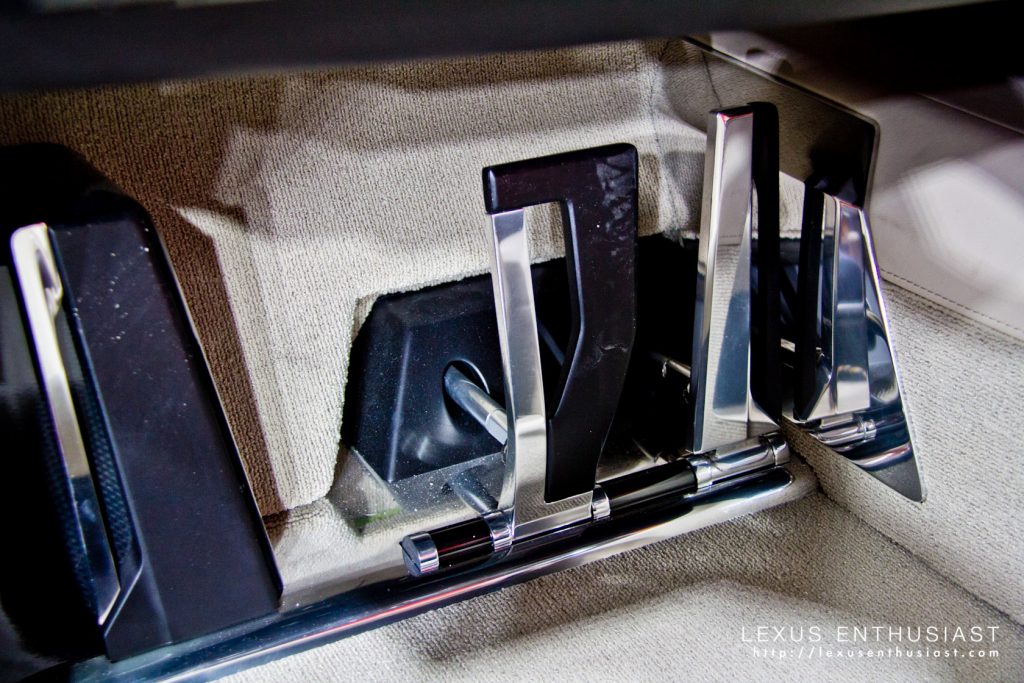 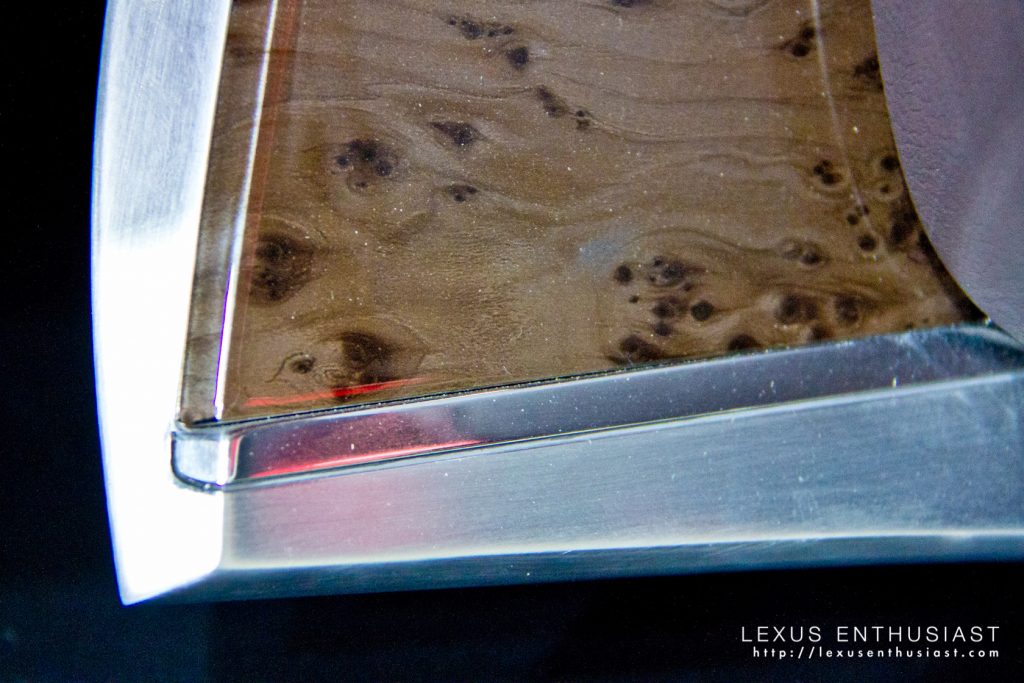 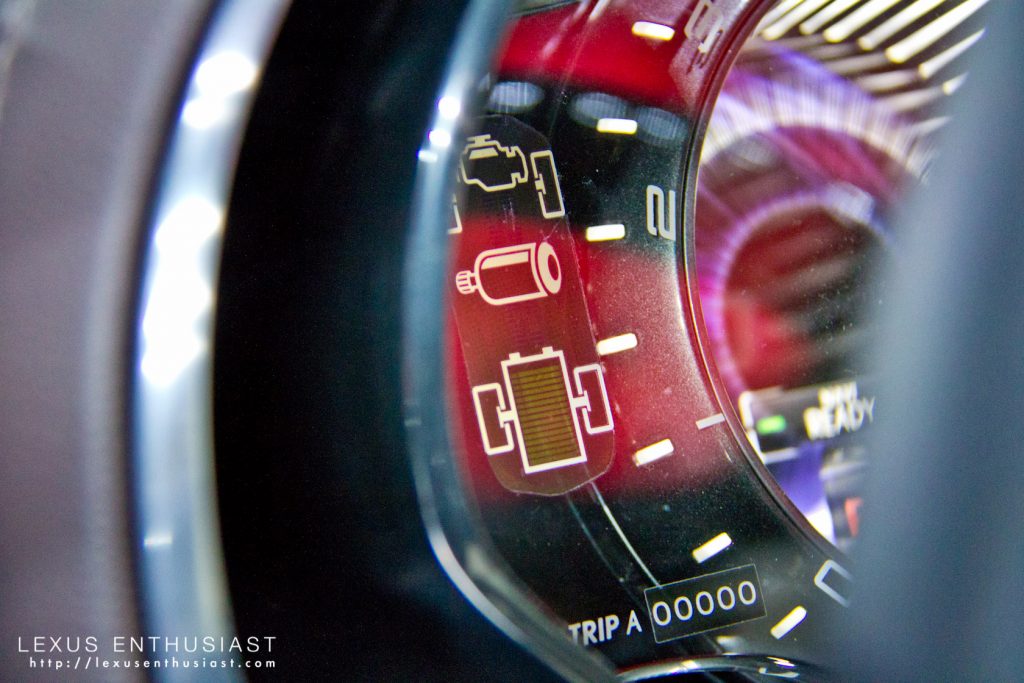 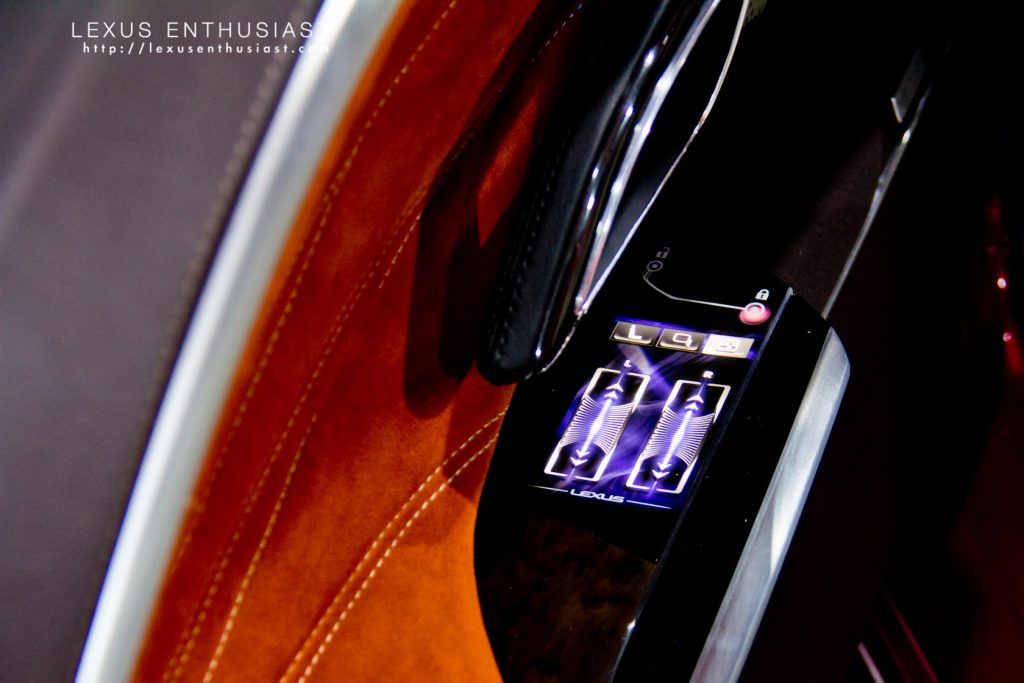 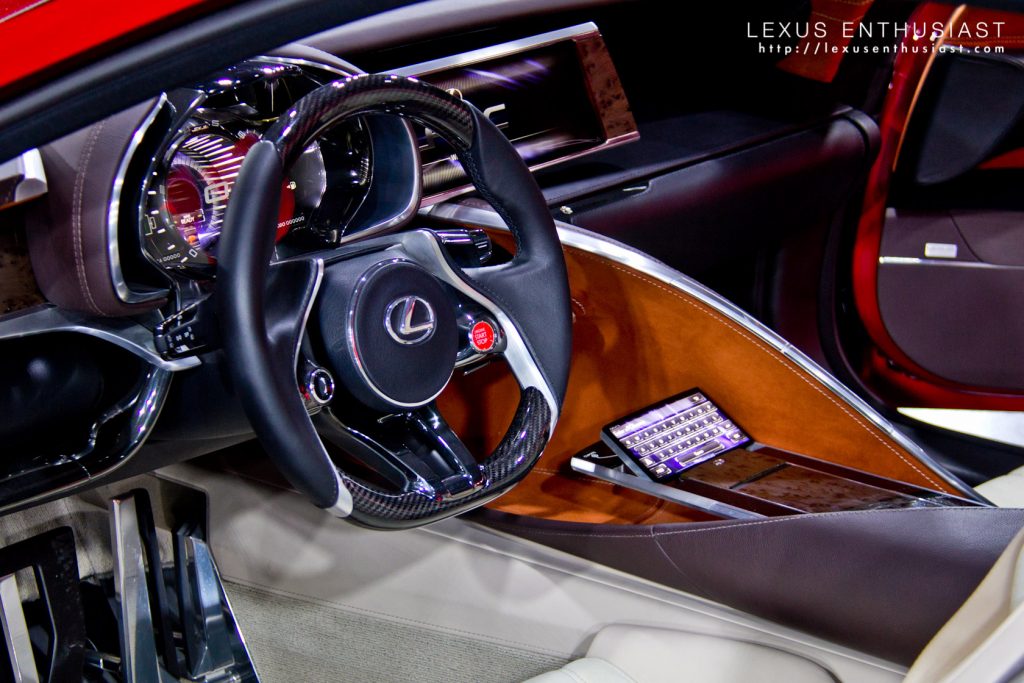 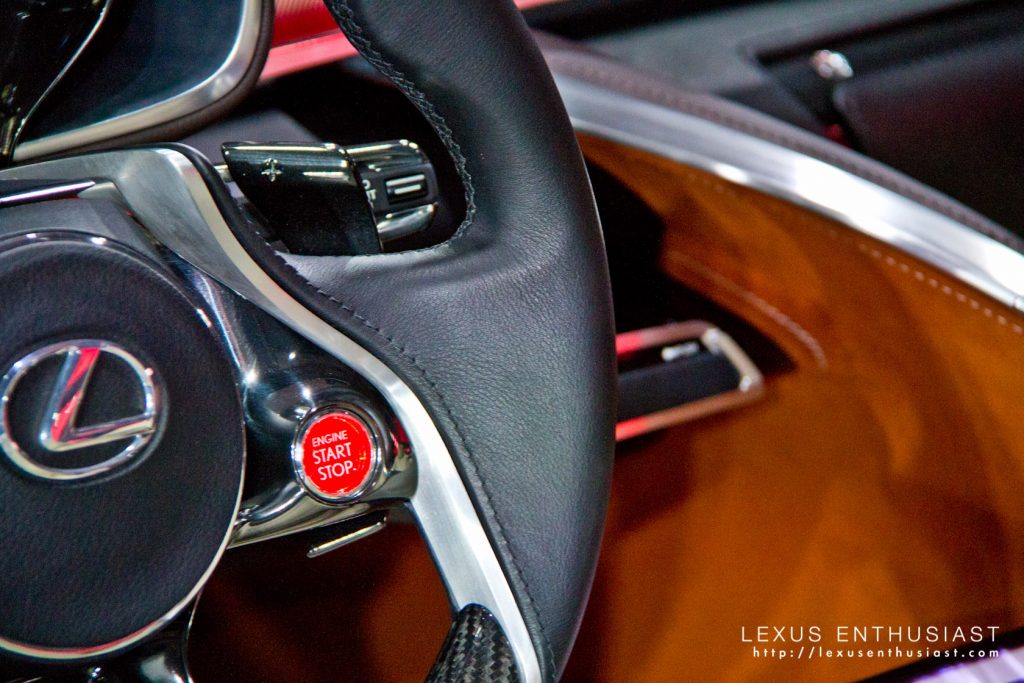 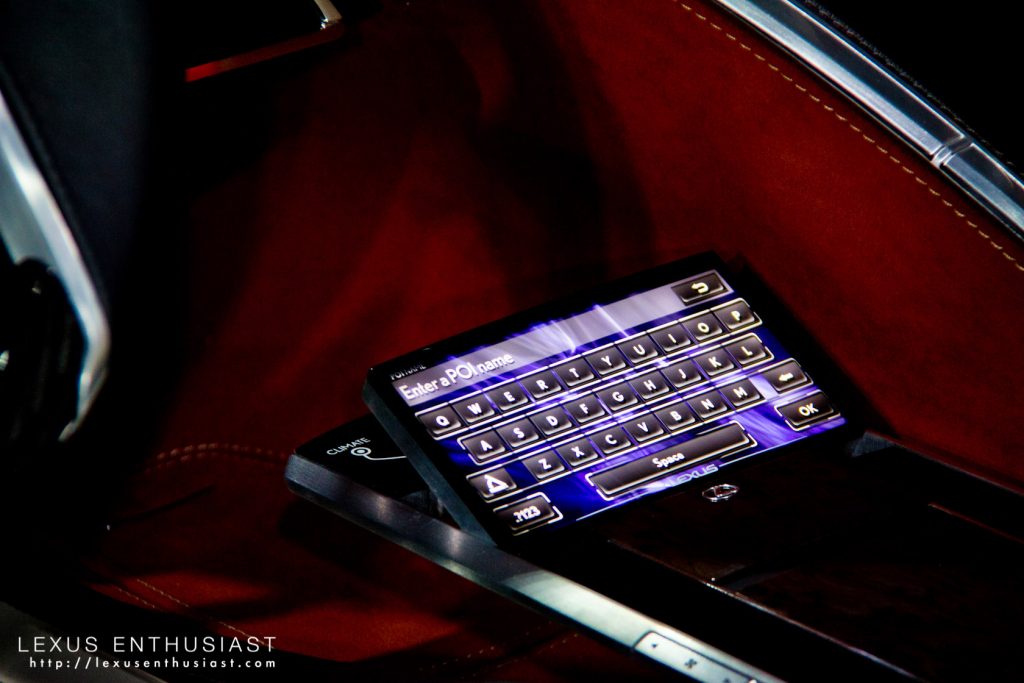 Matching the level of detail of the LF-LC’s exterior, the concept’s interior is an impressive combination of technology and luxury — what hit me the most was the textures, the weaving stitches in the leather ribbon of the center console, the cream suede seats, the carbon fiber steering wheel, they all mesh together to give the cabin a uniquely futuristic handmade look that really works.

As for the technology, much of it centers touchscreen LCD panels, including one built into each door instead of switches, and one in the center console that replaces the Remote Touch mouse for controlling the massive display in the dash.

The other stand-out feature of the interior is the wildly visual instrument panel, which layers graphics and information to create an otherworldly 3D effect that would likely prove far too distracting for real-world driving — it does makes quite an impression though.

The finest expression of art
Thank you for making this site very interesting! Keep going! You're doing very well!
Expect to see some of this appear in the next LS,

Yes---you will some of this outstanding design,refinement, technology in the next generation LS.  I am so anxious of the future of LEXUS.

It's amazing how I can't tell that's a double screen on the top of the dash!
I can buy the exterior but the interior reminds me of some 50's and 60's concepts.  Very busy and lots of bling.  I suppose they are trying to attract attention but it seems way out of character for Lexus.
يا ريت اقدر اركبها اسبوعين  من عمري
So nice. That steering wheels is just AWESOME. The center peice between the seat reminds me of the Toyota supra interior design
There is a very good article at the website of "Automotive News" about the future of Lexus. Called "Lexus looks to expand lineup". Krew you maybe wonna take a look at it. Lexus talks about there future lineup....
حلم ممكن يوم يتحقق بأذن الله
Driving the NX 450h+