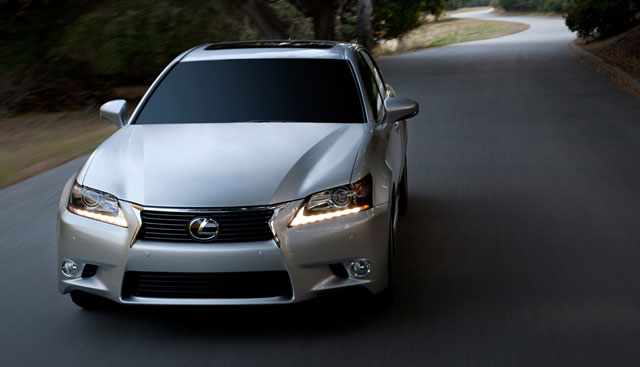 Winding Road has published their review of the 2013 Lexus GS, and while the entire thing is worth reading, I wanted to highlight their observations on how the GS compares to the BMW 535i and Mercedes E350 Sport:

The GS’ six-speed…stood up well enough to the BMW’s eight-speed auto, and felt far more competent in a performance setting than the E-Class’ seven-speed transmission. Upshifts and downshifts felt faster, and better timed (when left in automatic). Shift shock wasn’t an issue either, as mid-corner shifts (we were testing, get off our case) didn’t do much to disrupt the chassis.

As we said, the 5-Series will win a straight-line race. Its turbocharged powerplant just delivers too much torque for the Lexus to really compete. In fact, shown a set of curves, the 5-Series might still win. The thing is, the GS is easier to drive quickly, and for that reason, it would probably be our choice.

The GS feels more stable, especially when being pushed hard. At times, the 5-Series felt unruly, liable to step out of line with less provocation than the Lexus. Part of the problem was the nature of power delivery from the turbocharged six-cylinder, as hitting the gas too early on corner exit could cause stability problems.

With the 5-Series, A6, and GS all getting significant redesigns, the E350 is now the old car in the range, and it shows. The cabin in the Benz just can’t stand up to the new Lexus. The materials don’t feel that great, and the infotainment systems are feeling at least a generation behind everyone else.

As someone that focuses strictly on Lexus, I don’t really have much opportunity tracking competitor vehicles, but from my own recent experience driving the 5-series and E-class against the new GS, I would say Winding Road gives a very accurate assessment — no doubting it now, Lexus has definitely become a player when it comes to performance. 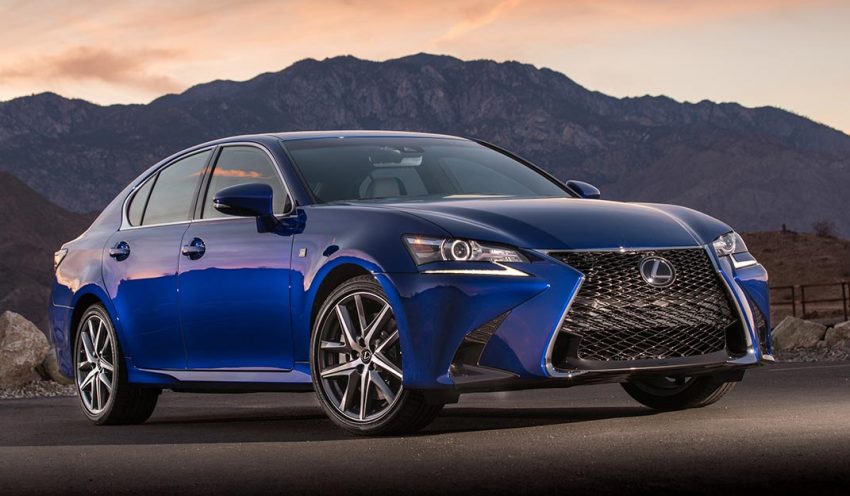 The IS350 beats the 335i.. I don't see a reason why the new GS won't do the same to the 5 series? Bunch of video IS350 vs 335i http://www.youtube.com/watch?nomobile=1&v=espNnuqiyFM http://www.youtube.com/watch?v=si7tgsdfDrw&feature=related http://m.youtube.com/index?desktop_uri=%2F&gl=AU#/watch?v=W64ZDHtyxkI
The fake leather in the E class is hideous and the Navigation is soooo 2004. The 5 series is what Lexus was "gunning" for, and I think Lexus, again, has found the answer

The e-class is so ugly inside & out and the performance is a joke..

Fianally a truthful article of what the new GS really is. Some journalist still think the new sheet metal is all there is to the new generation GS and that under pinnings etc. are carry over......little do they know.....
Motor Trend said the 5 has gotten soft when it comes to ride-handling balance The E-Class redesign was great, if you're trying to jump start a vomit! I expect a major comparison test after the New Year Winning those hasn't helped Audi, but it could help Lexus..... BD
that is a great post! i really enjoyed it! so thank you very much!
While a decent review, the rubbish they wrote about the straight line acceleration against 535 was laughably bad and clearly shows their lack of knowledge on how cars put down power to the wheels.  Wait till actual tests come out, the GS if launched correctly can run neck and neck with a stock 535 and there is no question about it since gearing is the true torque multiplier so gea. Then again, if the car is launched from 4000 - 5000 rpm, gearing and top rpm torque curve is what truly what makes cars fast.