END_OF_DOCUMENT_TOKEN_TO_BE_REPLACED " /> Lexus IS-F CCS-R Racing Concept at Tokyo Auto Salon | Lexus Enthusiast
Menu
Log in
Register
You are using an out of date browser. It may not display this or other websites correctly.
You should upgrade or use an alternative browser.

Lexus has unveiled the IS-F CCS-R racing concept at the 2011 Tokyo Auto Salon — here are some photos from Autoguide’s Colum Wood: 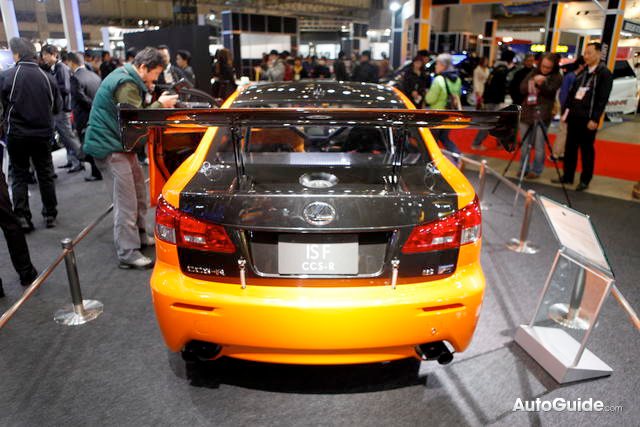 The IS-F CCS-R, or IS-F Circuit Club Sports Racer, is tuned for the track, with a gutted interior, a roll-cage, and plenty of carbon fiber, which was used for the front splitter, hood, trunk lid and the super-massive spoiler.

No details on availability or purpose just yet, but this is the second year in a row that Lexus has displayed a racing concept at TAS, which would indicate that a true IS-F race car is a distinct possibility.

Speedhunters also has a great shot of the CCS-R: 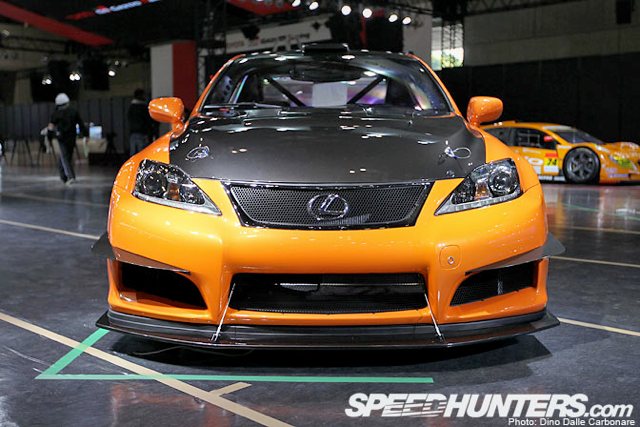 Update: Here’s the some specs on the IS-F CCS-R, courtesy of Lexus Europe:

awesome!
SuperB !
This car needs wider bodykit .
Hot stuff! I´d love to see that colour on the production ISF.
does that huge spoiler actually do anything??
What about the engine and transmission?? Any specs on those??
@Joshd: It would do wonders for balance and cornering, though a large wing can cut into your top speed. (At least that's what GT5 has taught me!) 8-)

RollaXRS wrote:What about the engine and transmission?? Any specs on those??

No actual specs about the engine in the press release -- let me see what I can find out.

RollaXRS wrote:What about the engine and transmission?? Any specs on those??

Ok, it turns out there's no change to the engine or transmission with this IS-F, here's the power chart: