END_OF_DOCUMENT_TOKEN_TO_BE_REPLACED " /> Lexus 2010 Nürburgring 24h Race Open Thread | Lexus Enthusiast
Menu
Log in
Register
You are using an out of date browser. It may not display this or other websites correctly.
You should upgrade or use an alternative browser.

Two Lexus LFAs (#50 & #51) and one IS F will be competing in this weekend’s Nürburgring 24h race, so I thought we should have some place to discuss the race as it happens.

In two rounds of qualifying, the #50 LFA finished p25 & the #51 LFA is p28, and sit first and second in the SP8 category. Both LFAs took some damage, with #50 hitting a sidewall and the #51 clipping a side rail, but both are scheduled to race in the big event.

(So far, I’ve been unable to find the IS F position.)

The 24h race starts tomorrow at 3PM UTC +2, so that’s 9AM EST/6AM PST (I think). Live results can be viewed at the ADAC website, and Lexus Europe will be updating both their Facebook & Twitter accounts. 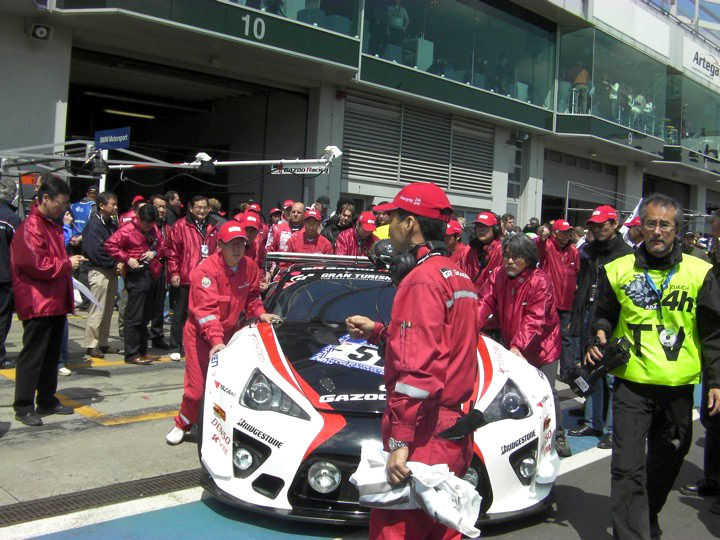 Another great shot of the LFA pre-race: 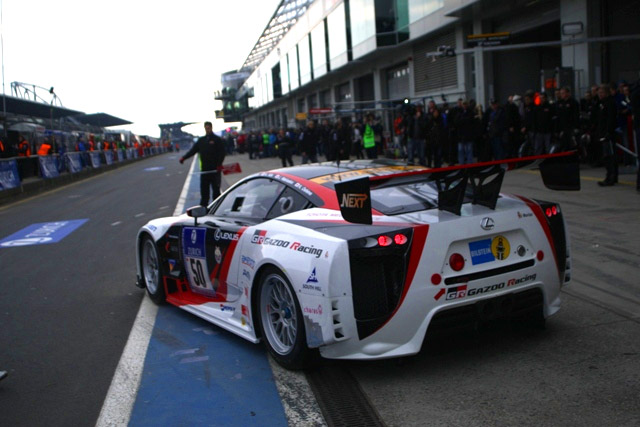 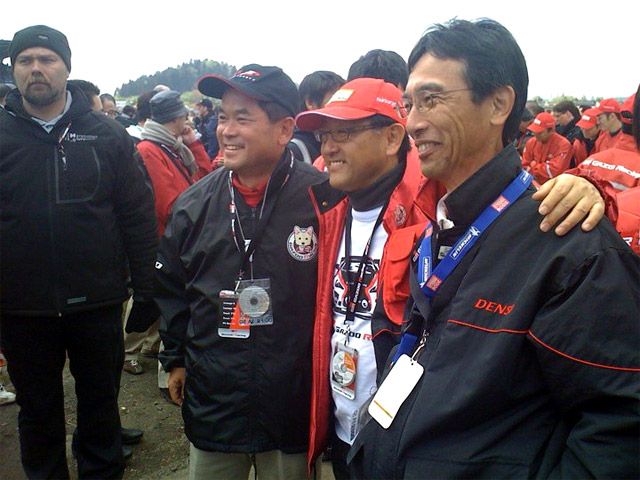 There was some difficulty in finding a live stream of the race, but I discovered a feed — open http://24h-rennen.de/livecast/live_01.asx in Windows Media player or VLC to watch the German broadcast.

It’s starting to get dark: 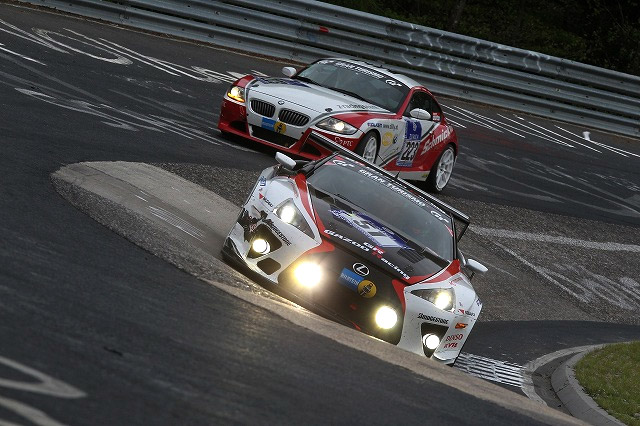 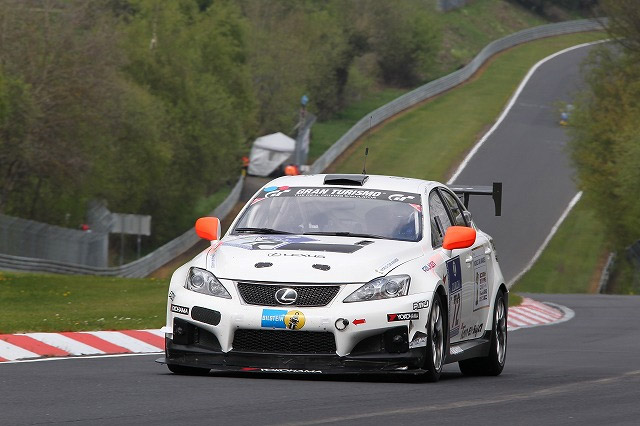 Here’s a top-notch photo of the #50 LFA leaving the pits: 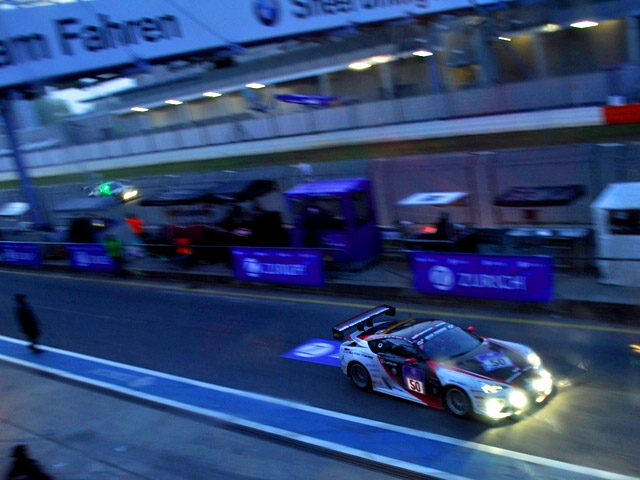 This will be my last update tonight, check back tomorrow for the final hours! 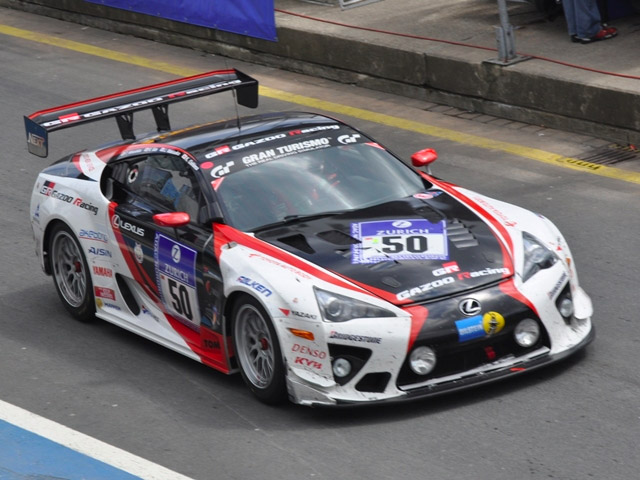 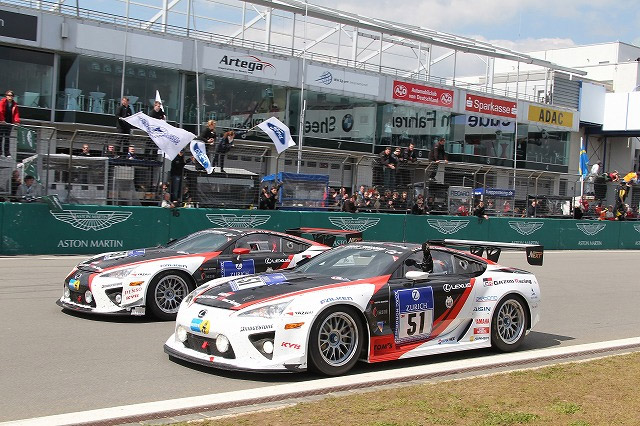 Even after the fuel pump problem that prevented the IS F from taking part in the qualifying round, the #72 IS F finished at p60.

Congratulations to all the teams!

Gazoo racing homepage is best way to get update.
Hopefully it'll be easier to find the live streaming of the event once the racing begins. Too bad those videos are usually pretty boring, but it just sucks how America is so isolated from such events. If only Laguna Seca added on to its stands and had more hotels nearby... Anyways, the IS F is definitely not listed under the rankings... Boy those LFA twins make me smile. :-)
http://gazoo.com/racing/top/2010NUR24/EN/CircuitLive.aspx here u see all sp8 class car rankings. live comments and so on.
Aero Problems??