END_OF_DOCUMENT_TOKEN_TO_BE_REPLACED " /> TLE Exclusive Interview with Lexus CT 200h Chief Designer | Lexus Enthusiast
Menu
Log in
Register
You are using an out of date browser. It may not display this or other websites correctly.
You should upgrade or use an alternative browser.

Yesterday, I posted an interview-by-email with the Chief Engineer of the new Lexus CT 200h that was arranged by Lexus Europe during the Geneva Auto Show—and now today I bring you a Q&A with the Lexus CT 200h’s Chief Designer, Takeshi Tanabe, about the challenges of translating the LF-Ch concept into a production model:

TLE: What was the hardest part of translating the LF-Ch concept into the production CT 200h?

Tanabe: As designers of the CT 200h we had a strong desire to create the most alluring and enticing premium compact design. The design needed to stir the emotion of desire by being dynamic and sporty, yet innovative and most of all premium. It needed to be different from the previous image of HV, yet be a symbol of ECO. It allowed us to evolve the execution of the L-finesse design philosophy. 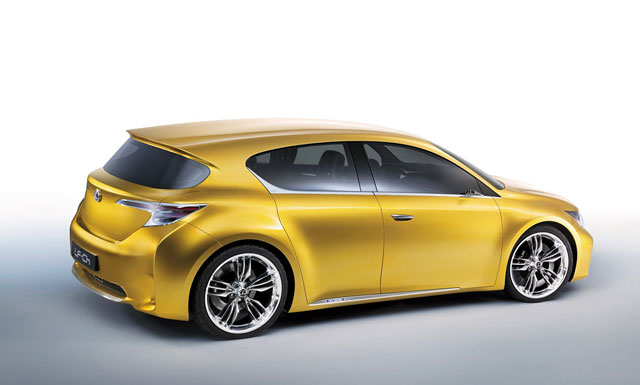 The LF-Ch was then designed and built for this purpose by CALTY. We showed the LF-Ch concept at the ’09 Frankfurt Motor Show to garner public opinion for the L-finesse based premium compact design we developed for the CT 200h Because each car shares the same base design, with one to become the concept and the other a production model, strong links occurred. Both have the long roof silhouette and slingshot window treatment with a wrap around rear window that express a light and condensed image with a wide and braced rear stance.

With the LF-Ch designed to be a show car, it was given the show car treatment with a distinctive front grille, a very low, wide stance and large wheels. The LF-Ch concept was well received at Frankfurt and was a great inspiration for us to push further to finalize the production model. The front grille and front bumper intakes especially inspired us in developing the more distinctive resolute Lexus face, seen on the CT 200h. In the end, we feel the final design of the production car accomplishes what we set out to do in delivering a luxuriant premium compact hybrid that is distinctively a Lexus.

TLE: What was the most important design element that the CT 200h retained from the LF-Ch?

Tanabe: Being a show car, the LF-Ch is lower and wider than the production car, so the expression seems to be a bit stronger than the CT.

This inspired us to make the CT 200h much stronger. The hints came from a pure style execution. This showed us what the most important point of the style was for the CT 200h and that would have to be the front architecture including the grille and front bumper intakes.

TLE: The CT 200h has plenty of design elements directly inspired from other Lexus models—the LFA side mirrors, the LS rear lights—are we seeing the evolution of L-Finesse?

Tanabe: All Lexus vehicles are designed using the L-finesse design philosophy. This design philosophy does not change; however, the execution evolves to maintain a fresh distinctive look for Lexus. The new Lexus CT 200h displays an advanced new expression of L-finesse; a radically dynamic form has been adopted to visually express the flow of air along all the body. From the front, beginning with the new shape of the grille, and the design of the headlamps strongly emphasize the unique, new resolute face of Lexus.

We purposely placed the LED headlamps in the upper area of the lamp graphic. It is exactly like a person staring at you. The grille and LED daytime running lamps illustrate airflow with their three-dimensional arrowhead-shaped design cues, and strengthen the identity of the dynamic face of the CT 200h. As the air traces the image of the lower body from the front bumper through to the rear bumper, the air flow sweeps above the Hybrid badge on the door panel, so the line does not go straight. To get a better aerodynamic effect and to give a more stable rear view stance, we use the wrap around rear window effect to show the cabin as shorter despite a long roof and spacious interior.

Tanabe: We looked at some of the fundamentals that make a car premium in Europe. We then added Lexus originality through L-finesse and came-up with a Lexus unique interior design. 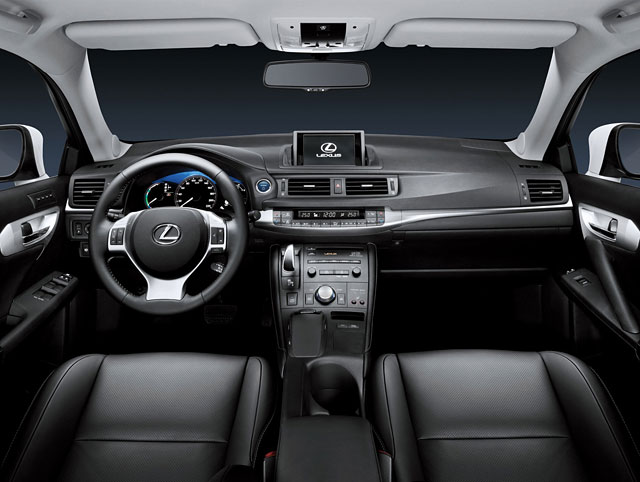 To capture the fundamental value of a premium car, the position of the A-pillar, the compact look of the cabin, and several other details were considered. For example, the driving position, the hip point is quite low, the steering wheel grip and thickness feels very sporty yet premium, and the centre console layout is very intuitive. “Human oriented” is a fundamental philosophy of the Lexus L-Finesse interior design giving the interior displays a unique Lexus identity with its dual zone concept. It is clearly divided into display and operation zones. This layout positions functional equipment such as Remote Touch, the shift lever and steering wheel mounted audio controls close at hand, allowing the driver to operate them without having to change posture or divert attention from the road.

Based on this advanced Human-Machine Interface (HMI), the CT 200h’s instrument panel, centre cluster and console are designed to provide the drivers with a snug, sporty feel within the spacious cabin. This Lexus original interior design is called ”snug roominess.” The driver-centered cabin then combines these touches with refined interior components that have been carefully designed to express the true form and fit of the material. The overall package is a compact premium hatchback that does not feel or act like what you would expect in a compact hatchback.

TLE: How difficult was it to squeeze Lexus luxury into a compact hatchback?

Tanabe: Lexus for the most part has been introducing sedan variations. It was a big challenge to create a premium compact that included all of the iconic details from its big brothers. It was also an opportunity to evolve the L-finesse design philosophy with some new design elements. The execution of the CT 200h needed to be the strongest and most energetic execution of L-finesse for Lexus and I feel we have accomplished it with both the design of the exterior and interior of the CT 200h.

I would like to thank Takeshi Tanabe for taking the time to answer my questions, and also to Robert Tickner and Lexus Europe for arranging this opportunity.