END_OF_DOCUMENT_TOKEN_TO_BE_REPLACED " /> More 2010 Lexus GX 460 Photos | Lexus Enthusiast
Menu
Log in
Register
You are using an out of date browser. It may not display this or other websites correctly.
You should upgrade or use an alternative browser.

Looks like today’s the day for next-gen Lexus GX photos—the Toyota4Arab forums has a closer look at the front & rear of the Toyota Land Cruiser Prado, which is how the GX is sold in Europe: 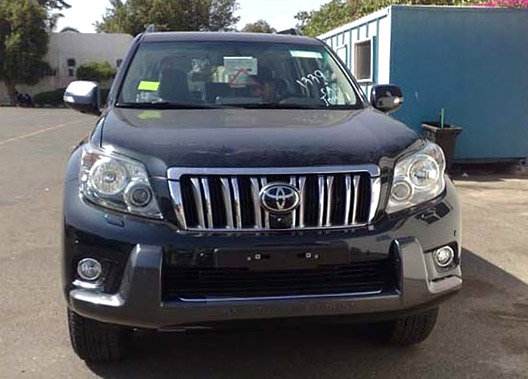 The rear lights are much more chunky than the current model, but the bigger story is the revised rear door, which is no longer a swing-gate. Instead it looks to be a two-piece, like the LX 570, with the glass liftgate and a bottom tailgate. Much more functional. Also similar to the LX 570 is the front headlights, though I would expect a different light configuration (hopefully bi-xenons).

All in all, I’m pretty impressed. This redesign takes all the design cues from the current generation and cleans them up with modern lines. Additionally, the increased slant of the windshield and the wider stance bring a much needed sharpness.

In fact, the only elements that I don’t care for, namely the front grille, the front bumper design and the handlebar moustache rear chrome, will likely be completely different on the Lexus version.

Can’t wait to see the interior…