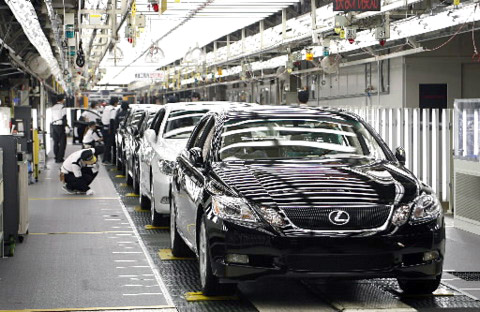 In order to stay on top of demand in Russia, China, and other emerging markets, Lexus will be ramping up their production capacity by a staggering 35%, from 600,000 to 850,000. 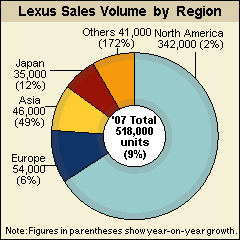 Toyota now makes Lexuses at its Tahara plant, in Aichi Prefecture, and at Toyota Motor Kyushu Inc.‘s Miyata facility, in Fukuoka Prefecture, for a combined output capacity of more than 600,000 units a year.

At the Tahara plant, Toyota will enable lines churning out Toyota brand sport utility vehicles and other offerings to also make Lexuses. Spending a few billion yen, the automaker will overhaul its painting line as well as install measuring equipment and other infrastructure to ensure high-quality production.

Meanwhile, at the Miyata plant — which produces such Lexuses as the RX — infrastructure will be added to the line that makes both the luxury cars and other Toyota vehicles. This year, Toyota aims to ramp up that line’s output capacity from 200,000 units to 230,000. In addition to a Lexus-only assembly line, production capacity at that facility will be lifted to a maximum of 460,000 units a year.

This is a colossal jump, although this is strictly related to output capacity and not to actual production numbers. While the two Lexus plants in Japan have the ability to build 600,000 vehicles currently, only (!!) 414,400 were produced last year.

Really, this is just future planning.