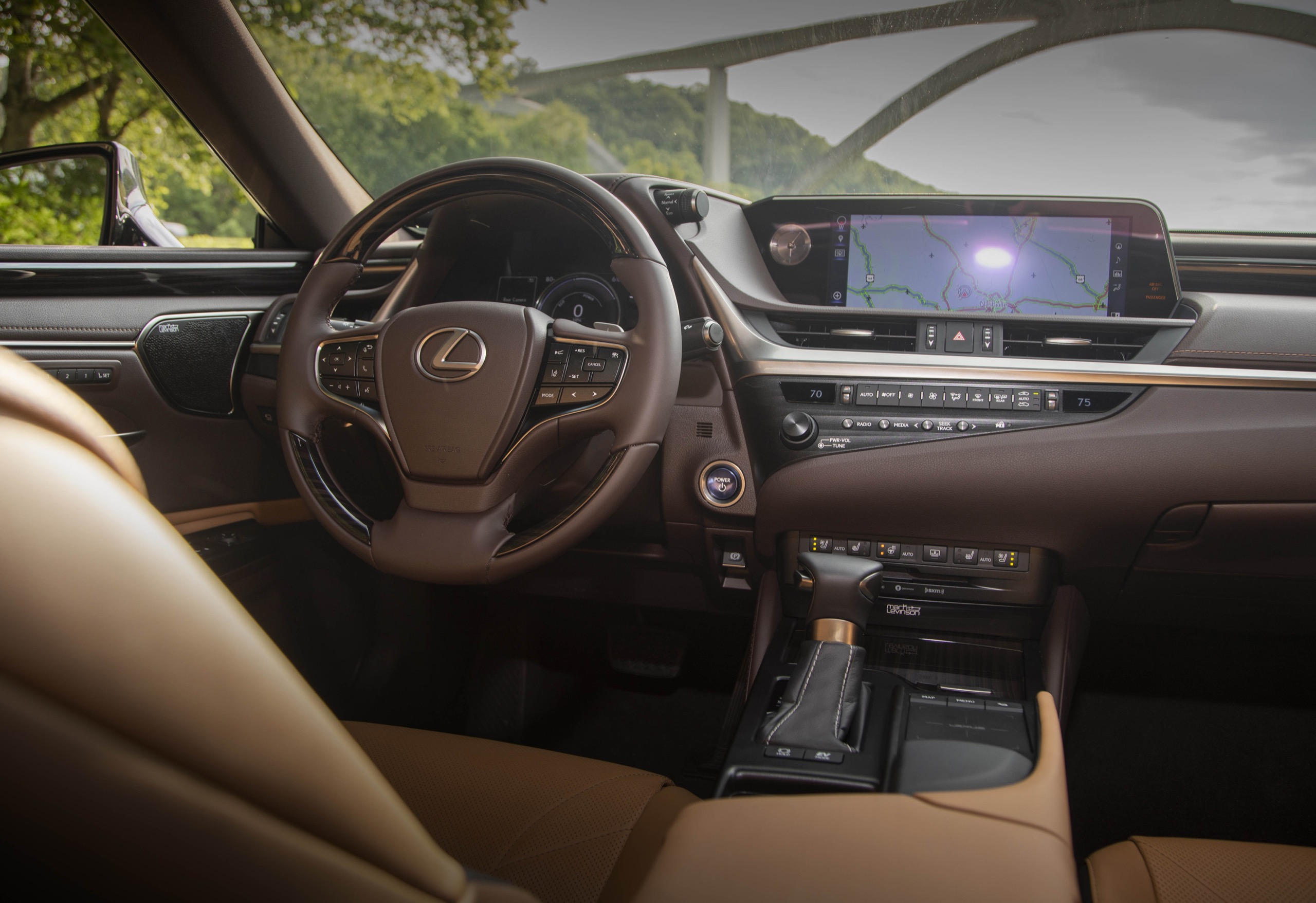 While we’re still in the early part of 2022, automakers are prepping 2023 model year vehicles that will come out this year and Lexus is no exception. New rumors indicate some interesting changes for the 2023 model year ES sedan.

Creative 311 shares that the ES will keep the same 12.3″ screen it has now but will lose Remote Touch all together, as well as the CD player and analog clock. These updates will slightly reshape the center console for new cup holders.

If true, these changes would be interesting because no model in recent memory has eliminated the Remote Touch controller without migrating to the brand new Lexus Interface multimedia system. Could these changes for the ES could flow elsewhere in the lineup to models that haven’t been redesigned recently?

If you appreciate the details, the ES should also get the new Lexus emblem with a black background vs. the open area behind the logo that shows the car’s paint color. Many models have recently switched to this newer logo, such as the GX and NX. Notably, hybrid models will no longer have the blue “glowing” effect and will also have black backgrounds.

More 2023 ES information will be added as we have it.

Great thank you please keep me posted especially on the 2023 RX350
When does the 2023 ES 350 come to showroom floors?
The ES has had the black embossed badging on all models since the '22 USDM MY. What the article is saying that hybrid models are going to lose the blue glow around the L and will match the logos that currently adorn gasoline only models (This is consistent with the 2022 NX). There aren't any Lexus models left in any market that still use the old badges since the debut of the LX 600.

The embossed black badges with the blue glow were introduced in 2008 for the RX 400h, GS 450h, and LS 600hL. The earlier hybrid iterations of the RX and GS used traditional silver badges that showed the paint color through the negative space.

I've noticed that for 2022, Lexus USA deleted the F-Sport trunk badges from the IS/ES/NX/UX/RC/LS. The only model that retains it is the RX for some reason. The article goes on to say that Lexus Japan is cutting down on superfluous badging as they transition all models to the "L E X U S" spell-out design on the rear.

Japanese Lexus models never used F Sport trunk badging and also retained the traditional LEXUS logo that was previously dropped on all US models for the 2011 MY (Europe retained the bottom right Lexus badging as well). Other articles on that site say that Japan will finally be dropping that badging but that the IS/UX/ES will retain the L logo on the rear until their next generation models.
Exactly what I was searching for, appreciate it for posting.
1gdqpoc
Driving the NX 450h+